A prominent Kosovo Serb leader was shot dead outside his party offices in Serb-run northern Kosovo on Tuesday (16 January), raising concerns of renewed tensions in the Western Balkans and prompting a Serbian delegation to cancel EU-sponsored talks with Kosovo in Brussels.

The killing of Oliver Ivanović is likely to stoke ethnic tensions in the former Serbian province that declared independence in 2008, just as the Serbia-Kosovo dialogue was set to resume as part of a new push to revive the region’s European perspective.

Serbian President Aleksandar Vucic, who has made EU membership a top priority, called an emergency session of the national security council for later on Tuesday.

Marko Đurić, the head of Serbia’s Office for Kosovo, told Beta news agency before leaving Brussels that the attack on Ivanović was “an attempt to plunge the Serbs in Kosovo into chaos”.

“This is an attack on the entire Serbian people, to push them into the hell of a new conflict,” he said.

EU spokeswoman Maja Kocijančič also confirmed that “the dialogue discussions on a technical level were suspended”, without giving further details.

In 1998-99 Belgrade sent army and police troops to crack down on ethnic Albanians, who make up the majority of the population in Kosovo. The campaign was halted when NATO launched airstrikes against Serbia in 1999, after which the region was placed under UN supervision.

Relations between Serbia and Kosovo have been tense since Kosovo’s independence in 2008, which Serbia vowed never to recognise. But under EU pressure in 2013, both parties agreed to take part in EU-sponsored ‘dialogue’ on normalising relations, a key condition for both to progress towards membership of the bloc. 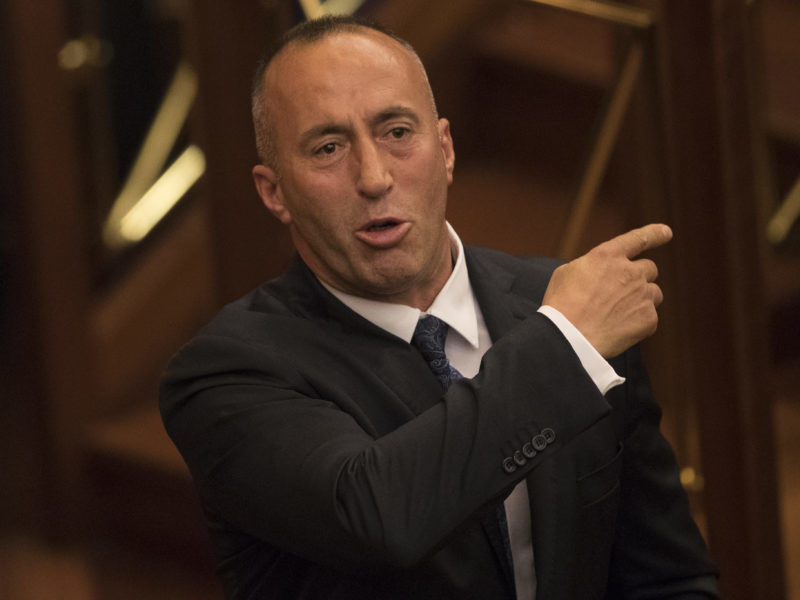 The European Union warned Kosovo today (12 January) that its relations with the bloc will suffer if it scraps a war crimes court linked to its bloody independence struggle.

The talks were set to resume on Tuesday but their fate now looks uncertain.

“We are abandoning the technical dialogue and returning to the country because of the murder,” Đurić was quoted as saying by Serbia’s official news agency Tanjug.

Bulgaria has made the Western Balkans a key priority of its six-month EU presidency, with an EU-Western Balkans summit scheduled for 17 May in Sofia.

“I expect political elites and all citizens to be mature and restrained. The rule of law cannot be called into question and I believe that those guilty of this crime will bear responsibility. I am convinced that the dialogue between Belgrade and Pristina has no alternative and that such acts should not be allowed to hinder it,” he said.

Kosovo President Hashim Thaçi also deplored the murder in a separate statement and urged the police to bring the perpetrators to justice as soon as possible.