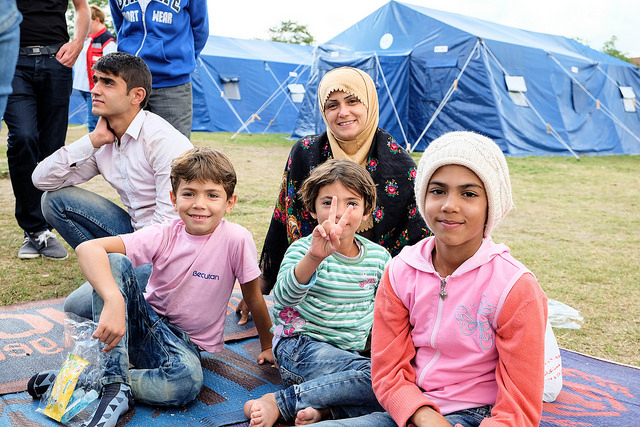 After the closing of the Balkan route about a year ago, by which migrants and refugees mainly from the Middle East had arrived in the EU, there are some 7,000 in Serbia at the moment. EURACTIV Serbia reports.

The countries along the Western Balkans route in March 2016, one after the other, began introducing stricter conditions for the entry of refugees, thereby practically closing it.

According to the Serbian government, that slowed migrants down but did not completely stop them. As a result, the number of human smuggling cases and illegal border crossing attempts has increased, which has made them more vulnerable.

After the borders were closed, between 150 and 200 persons continued to cross them, daily.

Over the past six months, military and police patrols securing Serbia’s borders with Bulgaria and Macedonia have discovered more than 18,500 illegal migrants from the Middle East, Ministry of Defense spokesperson Jovan Krivokapić said on Monday (30 January).

He told BETA that over 17,000 refugees had abandoned attempts at illegally crossing the border and entering Serbia, while some 1,500 of them had been transported to reception centres throughout Serbia.

“That is why we have brought the army and police to the border, and I’ve told the West that. We have about 6,000 beds for the migrants, with food, medical and legal protection. We can make one or two centres, like the one in Idomeni, Greece, but our strategy is to place the migrants in several smaller locations,” the minister said in a statement to Pink TV.

The Serbian government points out that Serbia is the sole country on the Balkan route that has kept its promise of providing facilities for the accommodation of migrants and refugees.

The majority of an estimated 7,000 migrants and refugees in Serbia are currently at reception centres, while some 1,000, predominantly men and boys, have sought shelter on their journey to the EU in abandoned structures near the bus and train stations in downtown Belgrade. Some of the migrants avoid contact with the authorities because they don’t want to be registered and fear deportation. 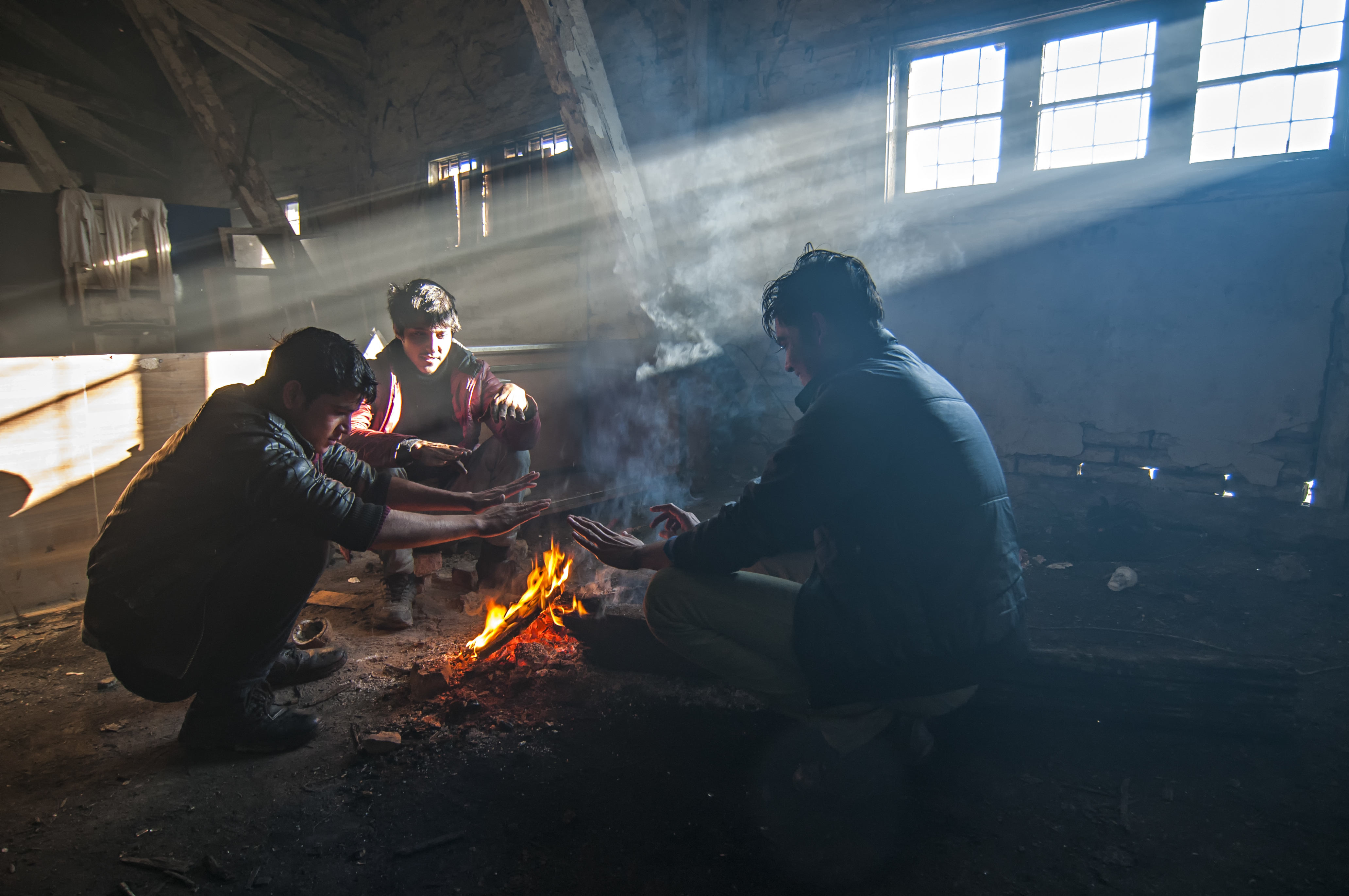 The harrowing images of migrants outside of reception centres staying in highly inadequate conditions in extremely cold weather, with no heating, water and food, over the last few weeks, has focused public attention on the crisis.

The Serbian authorities insist that there is enough room for everyone in the reception centres, and have in the meantime transferred a number of migrants who agreed to the move from downtown Belgrade to temporary reception centres.

The authorities, however, no longer support the providing of humanitarian aid to migrants outside the centres, which had been common practice until the closing of the Balkan route and involved numerous non-governmental and humanitarian organisations.

Oxfam highlighted the problem ahead of a visit by European Commissioner for Humanitarian Aid and Crisis Management Christos Stylianides to Belgrade about 10 days ago and called on the government to allow NGO activists to hand out aid to the refugees wherever they may be, in or outside of reception centres.

Nearly half of the migrants are children

Of the total number of refugees staying in Serbia’s reception centres, 3,055 or 47% are minors, the Deputy Commissioner for Refugees and Migrants, Svetlana Velimirović, said on Monday (30 January).

Speaking at a conference in Belgrade devoted to the position of unaccompanied underage migrants, Velimirović said that 747 of the children were not accompanied by their parents. 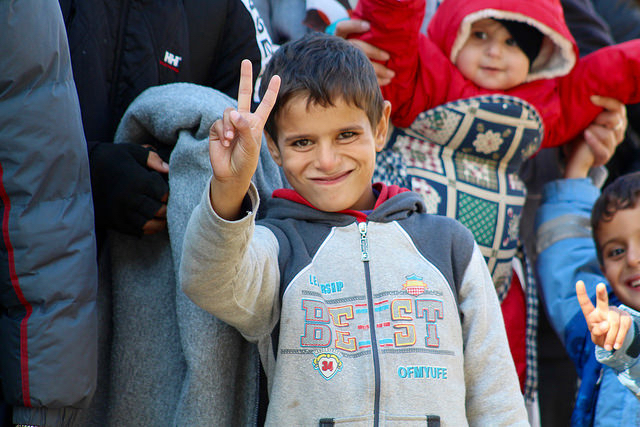 Spokesman: Serbia intercepts over 3,000 illegal migrants in a month

Serbia detained over 3,000 migrants illegally entering into the country in one month, a military spokesman said, suggesting many were still trying to make their way along a Balkan corridor to the European Union despite border closures.

State Secretary at the Ministry of Labor, Employment, Veteran and Social Policy Nenad Ivanišević said that the refugee crisis created new challenges, such as the health care and education of underage migrants who had not been in the education system for a long time.

Ivanišević also said that Serbia was the first and only country between Syria and Germany that had issued a binding instruction to social service offices, that every underage migrant must be assigned a caretaker.

According to Ministry of Defense data, military and police forces controlling the borders to Bulgaria and Macedonia have prevented 110 migrant smuggling attempts since 17 July 2016.

During that period, security forces caught 125 smugglers who had been attempting to illegally transport more than 1,200 migrants from the borders with Bulgaria and Macedonia to the north of Serbia.

“Most of the smugglers are from Serbia – 92 of them, while the others are foreigners, mostly from Bulgaria, as well as from Pakistan, Afghanistan, Iraq, Moldova and the Netherlands,” said ministry spokesperson Jovan Krivokapić.

Krivokapić pointed out that due to the low temperatures and snowdrifts, “much less pressure” of the migrants on the borders had been registered, but also that the smuggling channels would reactivate “as soon as the weather gets warmer”.

Cooperation with the EU

Since the start of the crisis, Serbia has cooperated with the EU and its member states in managing migrations and has repeatedly called on Brussels to provide a unified response to the refugee crisis, which Serbia would join despite not being a member of the Union. 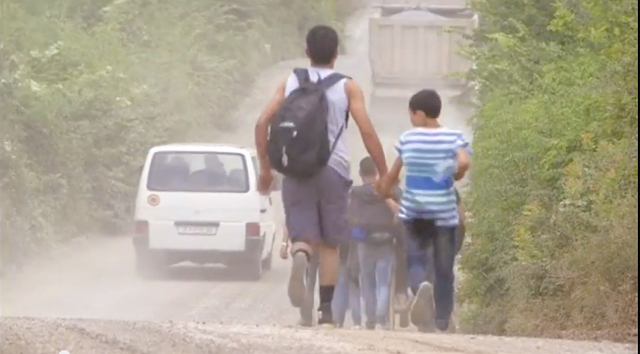 The European Union said on Wednesday (21 September) that it was providing Serbia with training and specialist equipment, including thermal cameras, to help with the flow of migrants at the Balkan country’s borders.

Belgrade has also asked for greater financial support from the Union, given that the country is exposed to migratory pressure, as the EU has not been able to find a single solution for the reception of migrants and refugees.

During Commissioner Stylianides’ visit to Belgrade on 22 January, Serbian Prime Minister Aleksandar Vučić expressed gratitude for the humanitarian aid of more than 20 million euros the European Union had given Serbia to date for dealing with the migrant crisis challenges.

Stylianides said that the Serbian government had proved since the beginning of the refugee crisis to be a responsible and key partner to the EU, adding that Serbia was a role model for humane and efficient responses to the challenges borne by the crisis.

Fifty members of international police forces from Austria, the Czech Republic, Slovakia and France are also positioned along the Serbian-Bulgarian border, as part of the joint security apparatus tasked with securing the border.

“They patrol the border and prevent illegal crossings, in accordance with Serbian laws and international legislation. That is the first segment of EU assistance, the second part envisages the sending of mobile equipment, while the last part entails the sending of stationary equipment that is to be kept permanently by Serbia,” said Krivokapić.