French President Emmanuel Macron (C-L), German Chancellor Angela Merke (C), Federica Mogherini (C-R) High Representative of the European Union for Foreign Affairs and Security Policy, join with other leaders for the family photo (group photo) of the participants at the end of the Western Balkan Conference at the Chancellery in Berlin, Germany, 29 April 2019. [Pool/EPA/EFE]

German Chancellor Angela Merkel and French President Emmanuel Macron hosted the working dinner for the neighbours whose relationship has taken a turn for the worse in recent months. 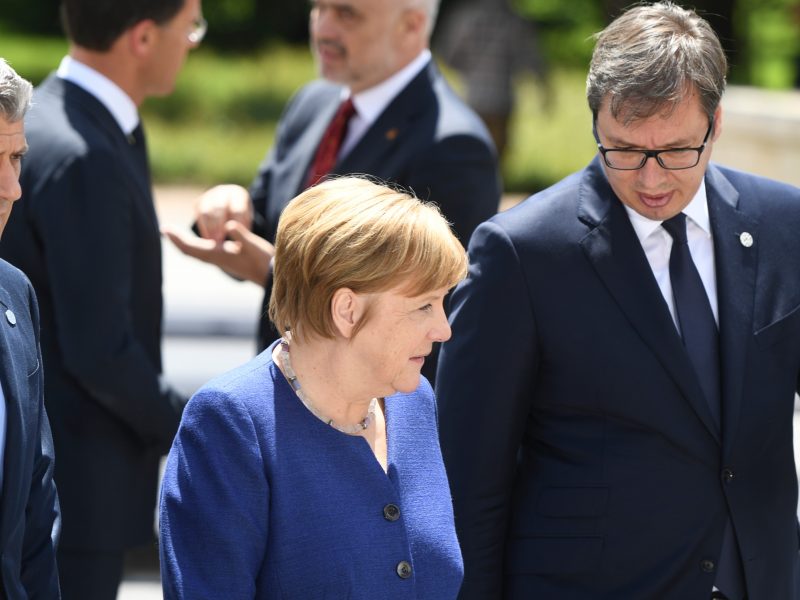 European leaders will try to bring bitter foes Serbia and Kosovo back to the negotiating table at a regional summit in Berlin on Monday (29 April), hoping to reboot a dialogue over one of the Balkans’ thorniest disputes.

Merkel earlier said the recent breakthrough in a long-running conflict between Greece and Macedonia over the smaller country’s name could serve as a model for resolving Serbia and Kosovo’s thorny dispute.

“We agreed to this joint initiative because we are committed to the European perspective of the Western Balkans countries,” said Merkel, flanked by Macron, referring to the prospect of closer relations with the EU bloc.

“It is in Europe’s interest that there is positive development in this region.”

Also present at the summit were the leaders of EU members Croatia and Slovenia, and other Western Balkans leaders.

Macron and Merkel stressed that EU membership prospects were not on the agenda in Berlin but remained in the hands of the European Commission.

“Rather, this is about a policy of stability that we want for the region,” the French leader said.

The nub of the dispute is Belgrade’s denial of the independence of Kosovo, a former province of deep historical and cultural significance to Serbians that broke away in a bloody 1998-1999 war. 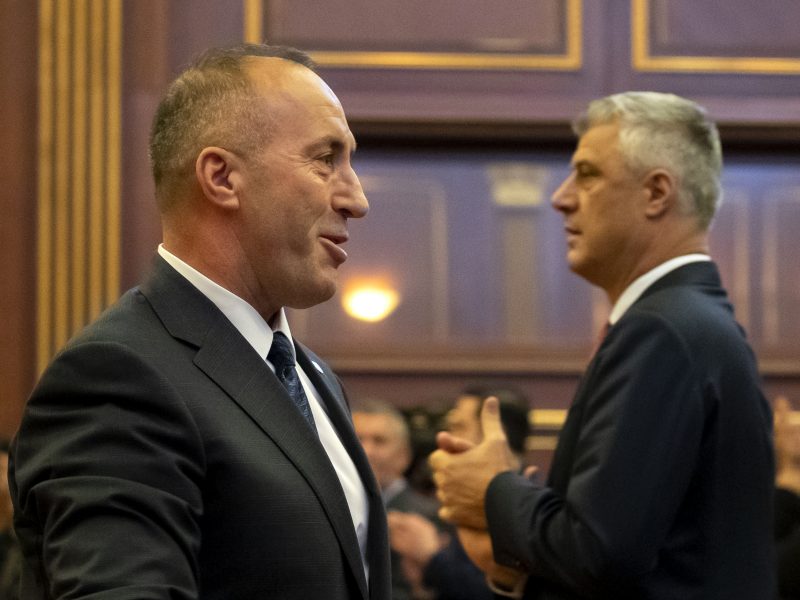 Critics warned that redrawing the map would be risky business in the fragile Balkans, a region still recovering from its brutal 1990s wars.

Then came a series of diplomatic clashes between Pristina and Belgrade that deepened the hostility, in particular Kosovo’s decision in November to levy a 100-percent tariff on Serbian goods.

Meanwhile Vučić maintained that lifting the tariff was a condition for any dialogue.

“The conclusion is to continue the discussion, I suppose in a smaller format, with the intermediation of the EU, Germany and France (…) to try to find the solution that would allow us to resume the dialogue,” he told Serbian and Balkan media.

“Serbia had no other conditions than the repeal of taxes.”

Normalising ties with Kosovo and harmonising its foreign policy with that of the EU, are among key criteria Serbia has to meet to join the bloc.

While the exact details of any border plan have never been laid out, local media and analysts assume the land swap would see Kosovo’s Serb-dominated north traded for a southern valley in Serbia that is mainly ethnic-Albanian, as is the rest of Kosovo. 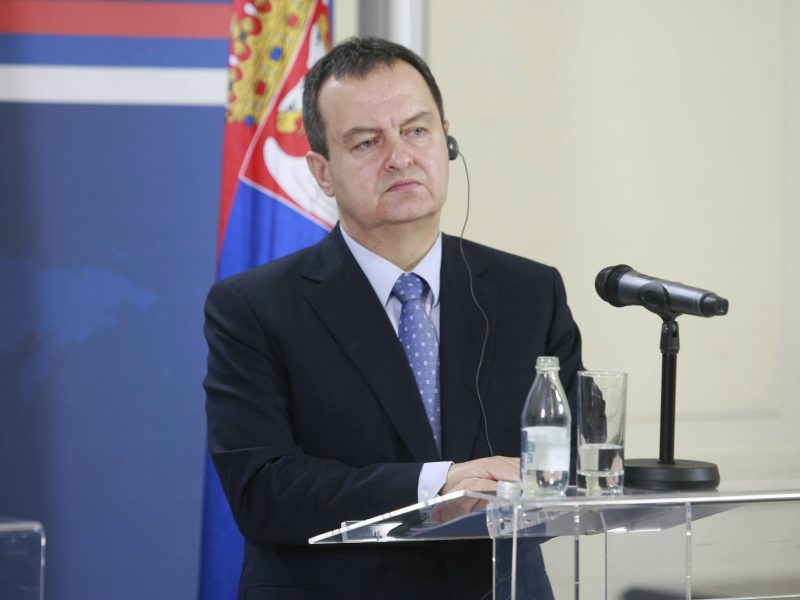 Serbia’s official position in the dialogue with Kosovo is to go for a border demarcation along ethnic lines between Belgrade and its former province, Foreign Minister Ivica Dačić has said without elaborating further. Dačić’s statement was met with protests in both Belgrade and Priština.

The United States and some EU officials appeared open to discussing such a deal. But Germany has been one of the clearest critics of any border changes, which many worry would further segregate the region along ethnic lines.

“Either we export stability or we import instability,” he told German business daily Handelsblatt.

Thaçi earlier insisted on his Facebook page that he was committed to resolving the long-running conflict.

“For us, our neighbours and the EU, an agreement between Kosovo and Serbia is vital for moving forward,” he said.

“We have the support of the EU, the United States and the whole world to reach a peaceful, final and comprehensive agreement with Serbia. We are ready to resume the dialogue in Brussels.”

But while Thaçi is in favour of revoking the tariff, his prime minister Haradinaj has been intransigent despite heavy EU and US pressure.

“No tax will be revoked either at this summit or at any other summit,” Haradinaj reiterated last week.