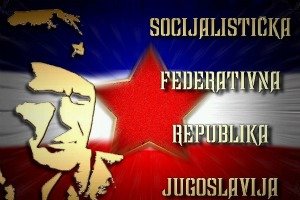 Serbia is holding a two-day summit of the Non-Aligned Movement, the organisation in which Tito's Yugoslavia played a pivotal role during the Cold War. Beta, EURACTIV's partner agency in Serbia, contributed to this article.

The conference, held on 5-6 September in Belgrade, marks the 50th anniversary of the first summit of the Non-Alignment Movement (NAM), held in the Serbian capital in 1961. 113 delegations will participate in the event, according to organisers.

After the UN General Assembly, the Belgrade NAM conference is the biggest gathering in the world this year, Serbian Foreign Minister Vuk Jeremi? said.

In his opening speech, Egyptian Foreign Minister Mohamed Kamel Amr, who is the chair of NAM at ministerial level, said it was his honour and privilege to stand where the movement was created 50 years ago.

He said NAM members were deeply grateful to the founders and that the goals declared 50 years ago still held true today – respecting the territorial integrity and sovereignty of developing nations, standing up to threats, and nuclear disarmament.

The Egyptian minister said NAM continued to develop after the demise of a bipolar world and that it currently had 120 members, almost two-thirds of all countries of the world. He went on to say that the organisation's role was still to support the independence of developing countries – economically and politically – and assist them in breaking free from colonialism.

Serbian President Boris Tadi? said that Serbia was not a member of NAM but instead an observer state. However, in its foreign policy, he said Belgrade embraced and respected the universal principles of Non-Alignment.

"We feel that it is in Serbia's national interest to deepen and renew the historical friendships that were cultivated over decades. Our intention is to further intensify the present level of political and economic cooperation with the proud nations represented here today," Tadi? said.

NAM today has 118 countries as full-fledged members. This number represents about two-thirds of the UN, while member states of the movement have a population of nearly two billion people.

According to Radio Free Europe / Radio Liberty, Serbia is making use of the NAM summit to make sure that its former province Kosovo does not receive further international recognition.

Jelena Mili?, director of the Centre for Euro-Atlantic Studies, is quoted as saying that Belgrade is trying to create the false impression that it has global support in its "efforts to prevent further recognition of Kosovo's independence".

So far, 81 countries have recognised Kosovo and 32 of them are NAM members.

During the Cold War, Yugoslavia enjoyed considerable international prestige thanks to its pivotal role in the Non-Aligned Movement (NAM).

The country was courted both by East and West, attracted a lot of investment, and was seen – until former Yugoslav President Josip Broz Tito's death in 1980 – as an economic and political success story.

Two years ago, Serbia asked all former Yugoslav republics, including those with whom it waged war in the 1990s, to help it to restore its leading status in the Non-Aligned Movement.