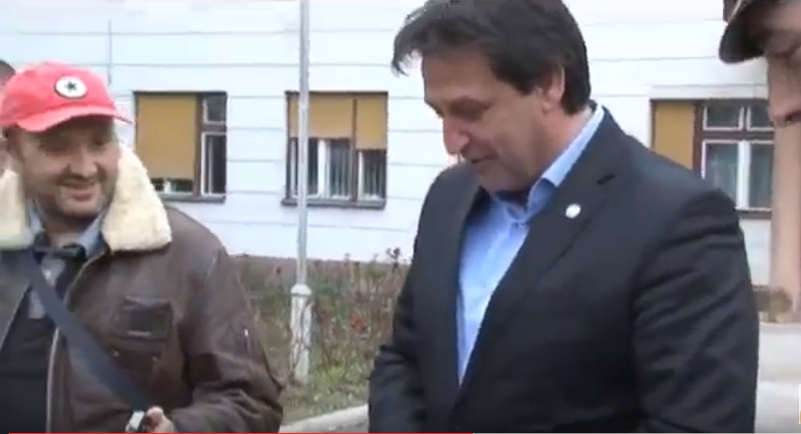 Serbia’s defence minister was to be dismissed Monday, after making a sexist remark to a female journalist that prompted a storm of criticism in the Balkan country. EURACTIV Serbia reports.

Minister Bratislav Gaši? remarked to a crouching female reporter, “I love these journalists who kneel so easily.” The reporter’s employer, B92, said the comment was not just ‘sexist’ but expressed “a clear political stance”.

Serbian Prime Minister Aleksandar Vu?i? announced the minister would be fired, after an outcry from journalists, media outlets, professional associations and general public. The EU, as well as the OSCE, often criticize Serbia for shortcomings in the freedom of its media.

The comments were “unbelievable even for the circumstances in Serbia,” Commissioner for Information of Public Importance Rodoljub Šabi? said.

The incident took place on 6 December during a visit of the minister to the Prva petoletka factory in Trstenik, central Serbia, when journalists were waiting in front of the factory. Some bent down in order to allow colleagues behind them to film the minister, at which point Gasic looked down and said, “I love [female] journalists that kneel this easily.”

Later in the day he did apologise, but not immediately. Gasic said he was “sincerely” sorry for his “shameful and scandalous behaviour”. The Journalists’ Association of Serbia (UNS), that said that the excuse would seem more sincere had it been given immediately.

However, the UNS also pointed out that other journalists did not stop recording his comments immediately in any sort of protest at the treatment of their colleague.

A protest against Gaši? was called for later Monday (7 December).

“We are happy that the outrageous act of the minister provoked, at least for the time being, appropriate reaction in public, and we hope that this is the alert sign that would encourage our colleagues to start fighting for their own dignity and rights“, the NDNV said in a statement.

Despite the minister being fired, many in the government appeared to have some sympathy for their colleague. Prime Minister Vu?i?, despite sacking him, added that Gaši? was a good minister, who was “doing his job ten times better than those that criticize him.”

Labour Minister Aleksandar Vulin went further, saying “Mr Gaši is a good and honest man,” adding he was the “one who now feels the most sorry.”