Serbia to bring in Russian experts to help fight coronavirus

Serbia will bring in Russian doctors and experts to help it fight the coronavirus outbreak and undertake a major disinfection effort, President Aleksandar Vučić said on Thursday (2 April).

The arrival by plane on Friday of eight doctors and an unspecified number of other personnel will be the first aid sent by the Kremlin to the Balkan country since the beginning of the outbreak almost a month ago. Serbia sees Russia as its traditional Slavic and Orthodox Christian ally.

“This demonstrates how much they (Russia) care for Serbia when times are difficult for themselves,” Vučić told a news conference in Belgrade after speaking to Russian President Vladimir Putin by telephone.

Many hospitals in Serbia lacked basic safety gear at the start of the outbreak. The government has since bought equipment and aid has arrived from China and the European Union.

Vučić also said he also spoke by phone with French President Emmanuel Macron and asked him to help Serbia purchase substances to produce chloroquine, a drug which has been tried with some success to treat the coronavirus infection, from French manufacturer Sanofi.

Serbia, a candidate for EU membership, has reported 1,171 cases of coronavirus and 31 deaths. Its authorities introduced an array of measures to counter the disease, including a state of emergency, closing borders and a 5 p.m. to 5 a.m. curfew.

Earlier on Thursday, Serbia’s government revoked a decree giving it control over information on the outbreak following protests and the detention of a journalist for reporting a major hospital lacked protective gear and properly trained staff. 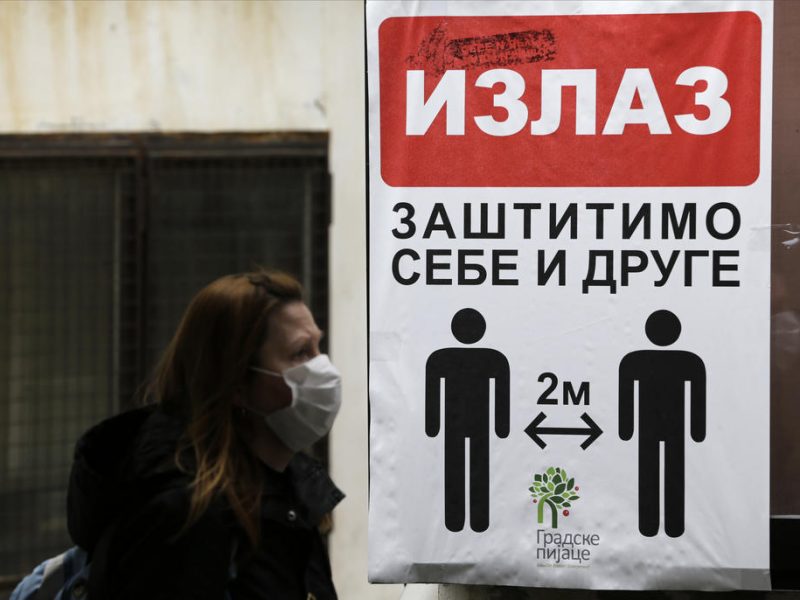 The emergency measure, which said information about the coronavirus outbreak could only come from Prime Minister Ana Brnabić or those authorised by her, had been criticised by the Organization for Security and Cooperation in Europe (OSCE) watchdog and local media associations.

Serbia’s rights watchdogs and opposition parties have accused Vučić and his ruling coalition of stifling media freedoms, attacks on journalists and political opponents, corruption and ties with organised crime.

Vučić and his allies, who face a national election this year, have denied the accusations.