During Macron's visit to Serbia, he and the Serbian PM vowed to find a solution to the Kosovo issue. [Milan Obradović/Beta]

Serbia will join the EU only when it is deemed ready and the bloc has been reformed and fit to take in new members, the presidents of Serbia and France agreed during Emmanuel Macron’s visit. But Serbia’s Aleksandar Vučić quietly conceded that Belgrade would not be able to join the EU in 2025.  EURACTIV Serbia reports.

Macron visited only Serbia in his two-day foray in the Western Balkans and the issues discussed were Serbia’s European integration and the Kosovo problem, as well as the improvement of relations and the economy.

After meeting Vučić, Macron reiterated that the EU could not enlarge further until it was internally reformed, while Serbia has its own homework to do, implementing reforms needed to advance its EU bid.

“With 28 members, the EU is already not functioning and cannot expand, cannot progress without reforming itself,” Macron told a press conference. 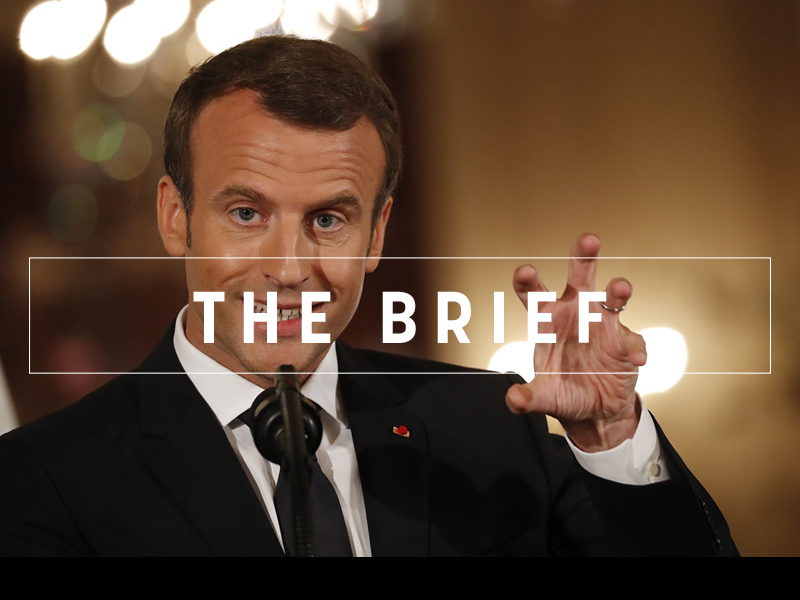 Vučić said that a 2025 Serbia accession date, mentioned in the European Commission’s Strategy for the Western Balkans, was just another in a line of dates that had been announced and not come to fruition.

He also said that reforms in Serbia and in the EU were parallel processes and stressed that Serbia was working on issues the Commission had highlighted as problematic, primarily the rule of law.

“We are trying to analyse the EC (progress) report in an objective way and are trying to change in different areas,” the Serbian president said.

Another important subject the two presidents discussed was Kosovo, Serbia’s former province that declared independence in 2008. One of the key requisites in Serbia’s EU bid, alongside reforms and alignment with EU legislation, is to reach a comprehensive agreement with Kosovo.

Kosovo’s independence has been recognised by a sizeable portion of the international community, including many EU member states, but not by Serbia or Russia.

In an attempt to renew the EU-mediated dialogue between Belgrade and Priština, Macron and German Chancellor Angela Merkel organised a Western Balkans summit in Berlin in June and were planning the next meeting for the start of July in Paris.

But the Paris meeting was cancelled because it could offer little progress, as Priština has stuck to its import tariffs on Serbian goods while Vučić has refused to resume a dialogue until the tariffs are lifted.

Vučić acknowledged that Serbia and France did not see eye to eye on this –  “for France, Kosovo is independent, for Serbia, it is not” – but said he had asked the French president to help solve the Kosovo problem.

Macron said a compromise must be reached and added France would support the resumption of the Belgrade-Priština dialogue, aimed at finding a concrete solution in the next few months.

He added that he would organise a special meeting with the leaders of Kosovo, Serbia and the German Chancellor. 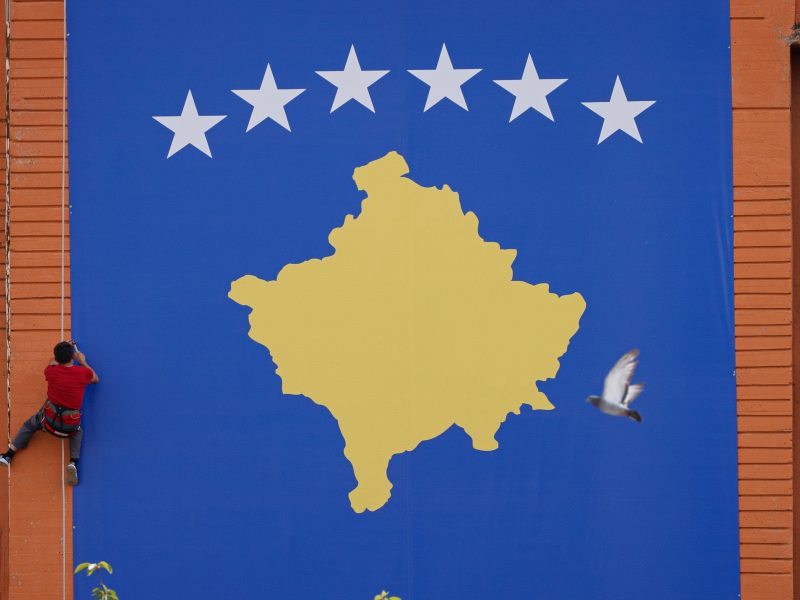 The French president also said relations between France and Serbia should get a new boost through several fresh agreements.

During the visit, France and Serbia signed 22 pacts on economy, culture, science and defence – including an agreement on the procurement of French Mistral air defence missiles – and a statement of intent regarding the construction of the Belgrade subway.

Macron also announced that a regional French development agency would be launched in Belgrade in a few months’ time, which would contribute to Serbia’s economic development.

Emotional part of the visit

After the official talks, Macron also addressed several thousand citizens gathered in Belgrade’s biggest park, Kalemegdan, in front of a renewed Monument of Gratitude to France. The monument, unveiled in 1930, is dedicated to the friendship of Serbia and France forged in World War I.

Speaking mostly in Serbian and frequently interrupted by applause, Macron said France would never forget the sacrifice made by the Serbian people in World War I.

“You show that the message inscribed on this monument, ‘We love France like it loved us’, still lives. A hundred years later. Now it is my turn to tell you on behalf of my country that France loves you like you loved France,” Macron said.

The French president wrapped up his visit to Belgrade today with a meeting with students from the Regional Youth Cooperation Office (RYCO).

When a reporter asked him why there had been no meeting with the opposition, Macron replied that he would not meet them during the visit because their initiative had come in too late, but added that there was a constant dialogue with the French embassy in Serbia.

“The political forces, including the opposition, have a constant dialogue with the embassy. They all attended the celebration (of Bastille Day). The letter arrived this morning (July 15), I could not accept because the programme was done,” Macron said.

The leader of the Party of Freedom and Justice, Dragan Djilas, posted on his Twitter account on 16 July a photograph of the request for meeting Macron, which showed that it had been sent on 9 July, rather than on the morning of the 15th, as the French president said.