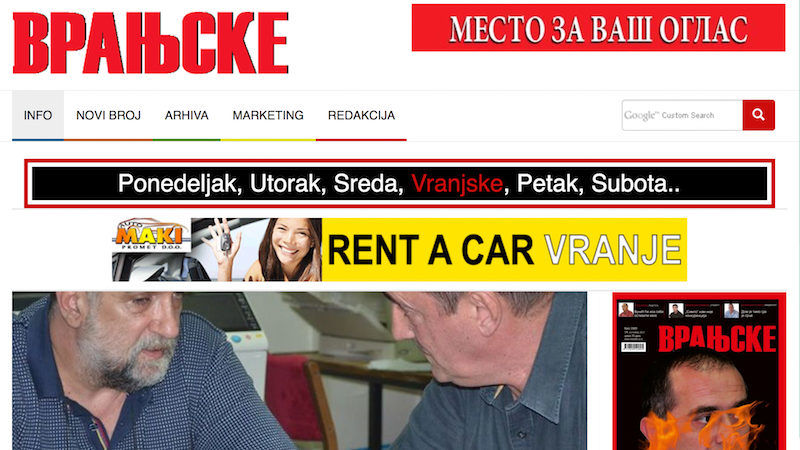 One of Serbia’s most important and most popular local weeklies, Vranje’s Novine Vranjske, was shut down after management failed to settle its taxes. EURACTIV.rs reports.

On orders labelled urgent, for weeks, tax inspectors have been investigating the publication, while Editor-in-Chief Vukašin Obradović claims their work is politically motivated.

On 19 September, Obradović locked himself inside the weekly’s office in downtown Vranje and began a hunger strike with the aim of highlighting “the pointlessness of the struggle for media freedom I have been leading for the past 30 years or so”. The editor was taken to a hospital that same evening. As his health was already poor, doctors advised Obradović to stop the strike, which he did the next day.

Journalists’ associations gave their full support to Obradović. They point out that in the case of Novine Vranjske, as well as in the case of some other media not close to the government, the authorities are applying double standards. 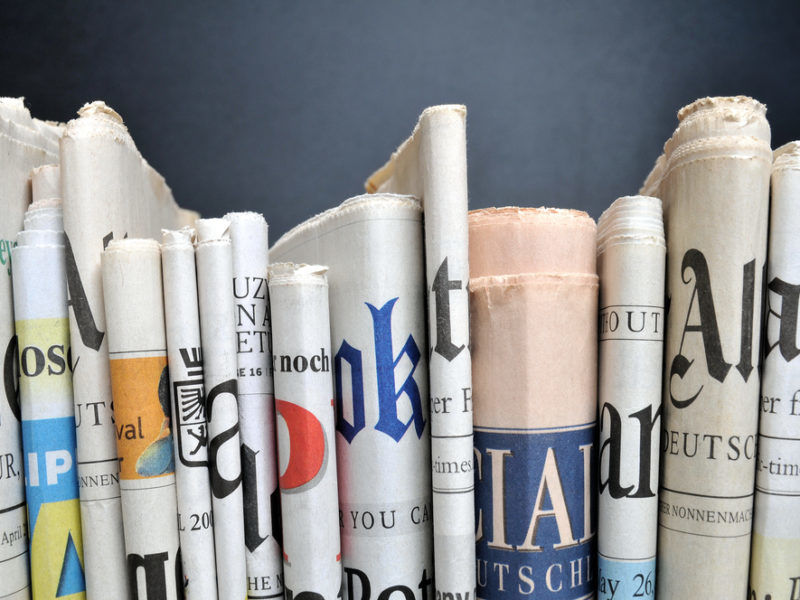 In these uncertain times, World Press Freedom Day is a chance for the EU to guarantee publishers and journalists the freedom they need to carry out their jobs, writes Christian Van Thillo.

Thus multimillion tax debts are rescheduled or their collection delayed for media close to the government, whereas strict criteria are applied when it comes to media that do not follow the demands of the ruling bloc and which are, as a rule, poor.

The associations add that the media not controlled by the authorities are exposed to constant pressure, threats, campaigns, blackmail, exhausting visits by various inspectors, court decisions contrary to the concept of media freedom defined by the European Court of Human Rights. They also have limited access to budget funds earmarked for media projects.

The Serbian government issued a press release listing all the projects for which Novine Vranjske had received public funds, but that sparked additional discontent among the associations.

According to the associations, this is a message from the government that they believe those who receive public money should not criticise the government.

On the other hand, “the pro-regime media spend enormous amounts of taxpayers’ money, their tax debts are written off and numerous other benefits and stimulations provided”, reads a statement from the IJAS and IJAV.

The two associations also warned that while “For years no one has responded to the attacks on and threats to the journalists and media not to the government’s liking. The prosecutor’s office and police are demonstrating incredible efficiency where threats to and attacks on the representatives of the government and the media close to it are concerned – which testifies to yet another highly worrisome form of discrimination.”

Particularly targeted is local media, which are subjected to “the willfulness of local political strongmen and which have a very limited and poor market, and it is also largely dependent on the government”.

On 20 September, in Novi Sad, Sem Fabrizi, the head of the EU delegation to Serbia, said that the shuttering of Novine Vranjske was an attack on media freedom. Fabrizi explained that he could not comment on individual cases, but emphasised that the EU advocated “media freedom and the rule of law”.

“That is part of the EU agenda and we must work a lot and cooperate with Serbia in these areas,” the EU official remarked.

The BIRODI Bureau for Social Research think tank has said that the closing of Novine Vranjske exemplifies the vulnerability of the media in a free market context.

“Acceptance of the concept that the media are, primarily, a matter of the market, i.e. that their sustainability depends on ‘success’ on the market in a state with questionable and low economic activity, i.e. where the media can get funding from highly corruptive sources, has resulted in most media’s choosing to become a means of promotion, entertainment and propaganda, and some even of retaliation,” BIRODI said in a statement.

Pointing out that most media were in serious financial trouble, BIRODI said that the selective approach to choosing which media to subject to tax control was a form of pressure on the media.

Meanwhile, journalist and media associations warned that “the Serbian authorities have entered a new, brutal phase of stamping out media freedom and intimidating journalists”, with the objective of completely disempowering media and silencing critical voices.

A statement signed by IJAS, IJAV, the Association of Online Media, Association of Independent Electronic Media and the Local Press Association contends that several worrisome events have occurred in the media sphere over the last few days, which shows that “The authorities have utilised all state institutions and media close to them in a crackdown on ‘unfit’ media and journalists.”

The associations called on citizens and civil society organisations to get more involved in the fight for media freedom and freedom of expression.

They also urged international organisations to stop ignoring the serious problems facing Serbian journalists and media and take a more active part in the protection of the democratic values they advocate.

According to Reporters Without Borders annual World Press Freedom Index, in 2016, Serbia rose to 66th place. The report also says that media freedoms in Serbia have been declining since 2014 and that media operate under financial and editorial pressure, while opposition media are under attack.