Panel on civic liberties in Belgrade on 9 April 2019. [BETAPHOTO/MILAN OBRADOVIC/DS]

NGOs in Serbia have adopted a joint document aimed at preserving the civil society and its freedoms in the EU candidate country, after seeing a growing number of physical assaults on their activists and verbal abuse in pro-government media. EURACTIV Serbia reports.

The NGO sector also warned that Serbia’s EU accession process was not being used for essential reforms.

The representatives of 20 NGOs have signed in Belgrade a platform dubbed Three Freedoms for the preservation of space for the civil society in Serbia, with the aim of protecting and advancing the freedom of association, assembly and information.

The platform was signed as part of the International Civil Society Week (8-11 April) in Belgrade, organised by the Civic Initiatives and the CIVICUS global alliance of civil society organisations. 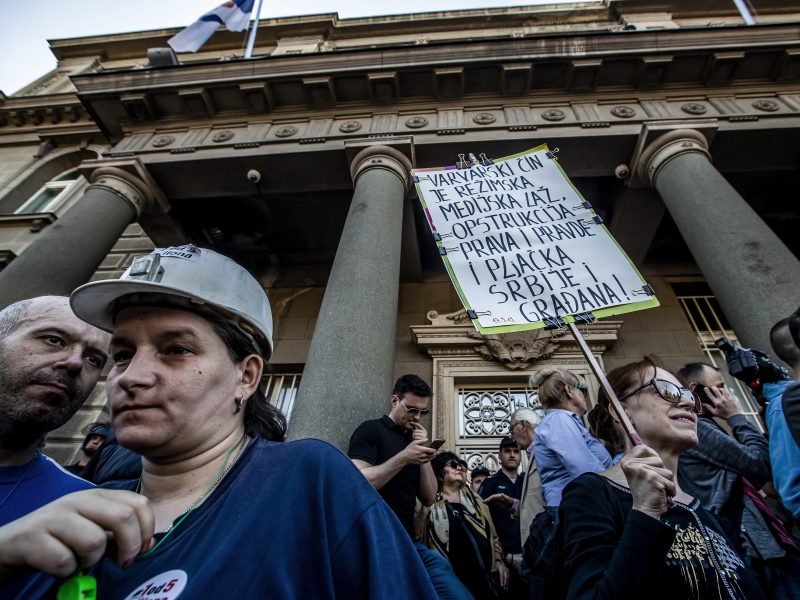 The event gathered some 1,000 civil society leaders, activists and citizens from various sectors from the region and the world, interested in finding common solutions to global challenges. International institutions and organisations have pointed to a worrying trend of shrinking space for civil society in Serbia.

The NGO sector in Serbia also cited an assessment by the European Commission that there were elements of captured state in the Western Balkan region, i.e. a state in which the government abuses public resources for private purposes.

The general objective of the platform, according to Civic Initiatives Executive Director Maja Stojanović is to contribute to the democratisation of society, building the rule of law and the citizens’ active participation in the creation and application of reforms through the protection and full implementation of three liberties – association, assembly and information.

The platform also contains demands issued to the government and parliament of Serbia, the EU and international organisations.

The government and parliament are being asked to ensure the full implementation of the citizens’ right to peaceful assembly, including an end to the authorities’ campaign against the organisers of and participants in various protests, and an objective review of the demands put forward at the protests, as well as urgent measures to ensure the international standards of protection of media freedom and the right to freedom of information.

The NGOs also call for a public and unambiguous condemnation of the persecution and media hunting of and physical assaults on activists and journalists, the inclusion of citizens in the process of enacting regulations, the objective consideration of the opinions of civil society and the expert public regarding constitutional amendments, judicial reform, the position of independent institutions, and media regulations.

“Brussels is being asked to monitor more efficiently reforms in the rule of law in countries aspiring to join the EU, establish a supervisory mechanism for overseeing the implementation of the Guidelines for Support to Civil Society in enlargement countries,” said Maja Stojanović, executive director of Civic Initiatives.

The EU should also take additional tangible steps by the end of 2019 to help bolster the work of civil society in Serbia, she said. 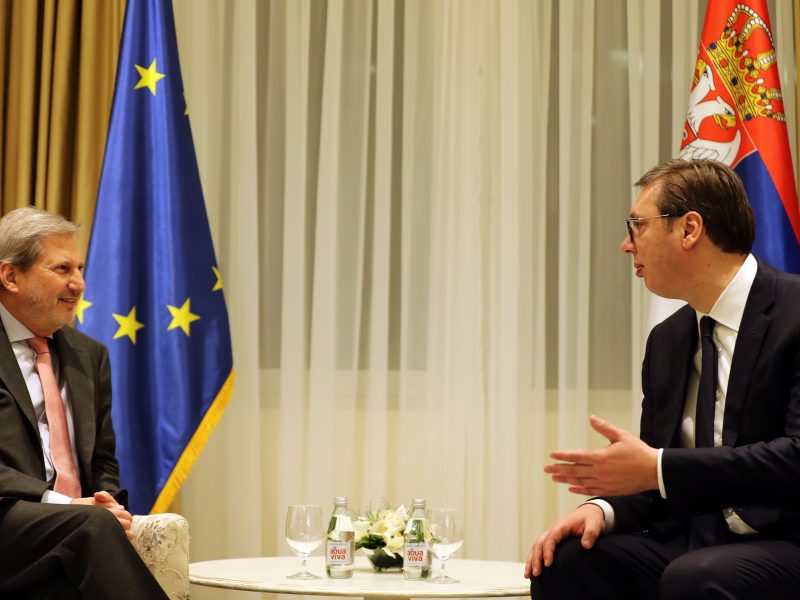 At the same time, the platform signatories demand that international organisations publicly condemn any attack by government officials on the NGO sector in Serbia, as well as objectively examine decisions to support the government in Belgrade in areas where it violates the principles of international cooperation.

As particular goals, the platform highlights the provision of legal aid, media and professional support in the protection of property, physical integrity and interests of the signatories.

It also seeks to establish channels of communication with the Serbian authorities and international institutions for the purpose of meeting the demands set in the document, as well as the empowerment of citizens through information and inclusion.