Serbia’s lesbian prime minister said on Sunday (17 September) that she was working “one step at a time” towards a more tolerant society, as she joined Belgrade’s annual gay march held under heavy security.

Ana Brnabić, 41, became one of the few openly gay government leaders in the world when she came to power in June, but activists say homophobia remains a widespread problem in the conservative Balkan country.

Setting off on the Pride parade with hundreds of activists waving rainbow flags and balloons, Brnabić was keen to give a more positive message, saying Serbia was “finally showing what I believe is its true face”.

“We do have a very loud minority, an aggressive minority of people who are against this, but most of the people in Serbia, I think, are people who think in terms of ‘live and let live’,” she told AFP.

She encouraged gay youths to be “full of understanding for people who are very traditional and who do not yet truly understand what this is about”.

In 2010, Belgrade’s Pride parade descended into clashes between anti-gay protesters and police, injuring more than 100 people and prompting a three-year ban on the event. 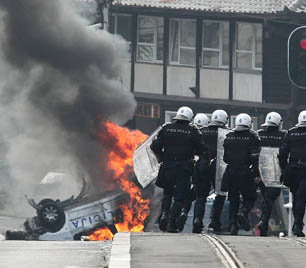 The wider area of downtown Belgrade was the scene of rioting in the morning and early afternoon of Sunday (10 October), with anti-gay demonstrators clashing with police guarding a Gay Pride parade. BETA agency, EURACTIV's partner in Serbia, reports.

This is the fourth consecutive year the march has gone ahead under a huge security presence, and the first time a prime minister has attended.

Brnabić, who wore jeans and a dark jacket and posed for selfies with marchers, said the parade was “more relaxed” than in previous years, with a sharp reduction in police numbers.

Around 2,000 armed officers guarded the cordoned-off streets as activists marched through the city, accompanied by a soundtrack of pop music and a police helicopter buzzing overhead.

Brnabić was chosen for the top job by her predecessor, Aleksandar Vučić, after he was elected president. She had entered politics less than a year earlier as public administration minister.

Her appointment, endorsed by parliament, made international headlines. But sceptics suspected an attempt at “pinkwashing”, with Brnabić used as a puppet by Vučić to improve Serbia’s image as it campaigns to join the European Union. 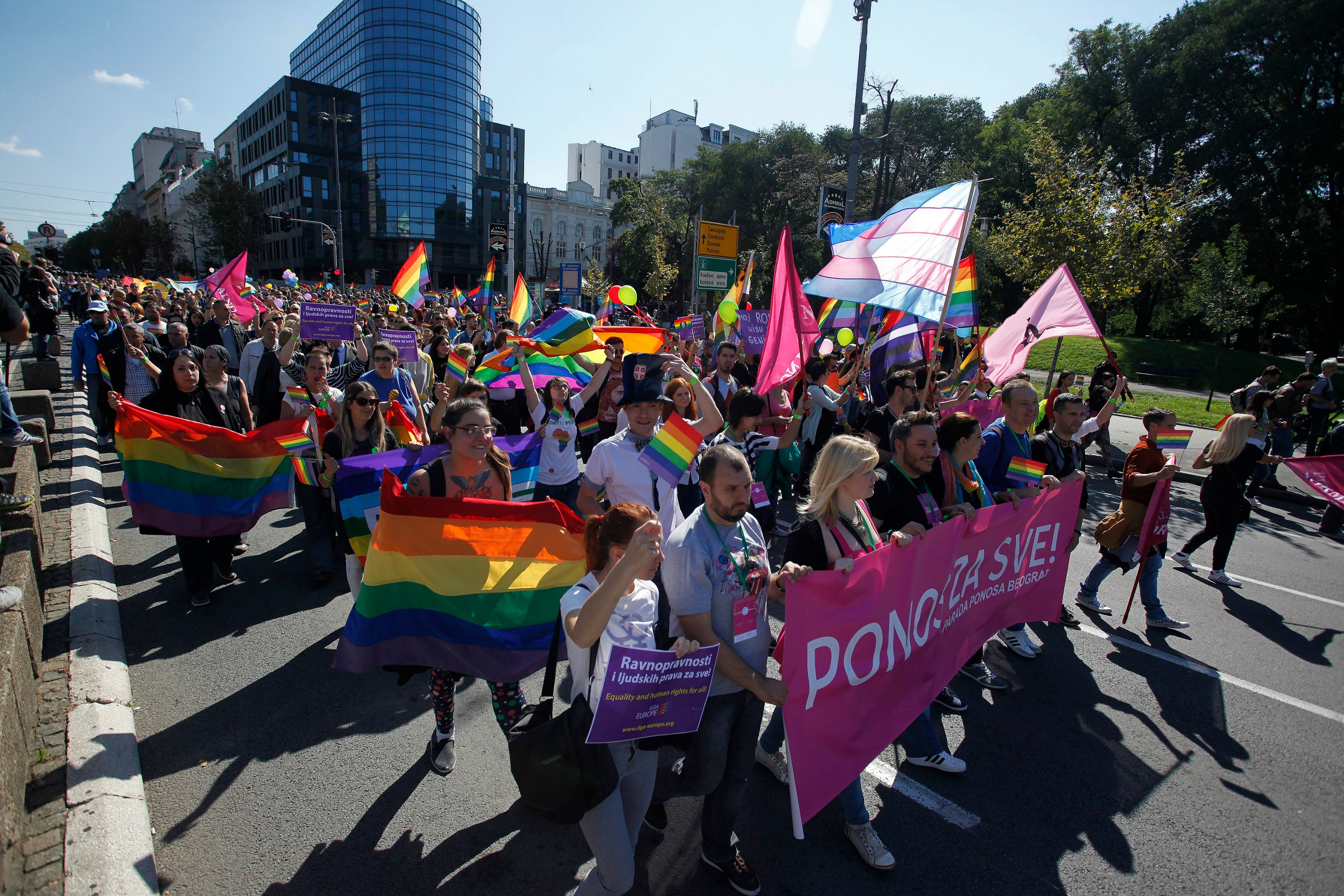 Critics allege that Vučić – still the country’s most powerful politician – is a populist authoritarian who styles himself as the only one capable of maintaining Serbian stability.

Brnabić, a technocrat with a business background, has dismissed allegations that she was chosen merely because of her sexual orientation.

“I’m proud to be living in a country with a president who has actually, out of all the people, said ‘I do not care whether she’s gay or straight, I care whether I think she’s capable’,” she said at the march.

In a survey conducted in 2015 by the Washington-based National Democratic Institute, only 12% of Serbian respondents said they would completely support their child if he or she were homosexual.

Although the country has various legal acts addressing gender identity and anti-gay discrimination, rights activists say that implementation is poor. 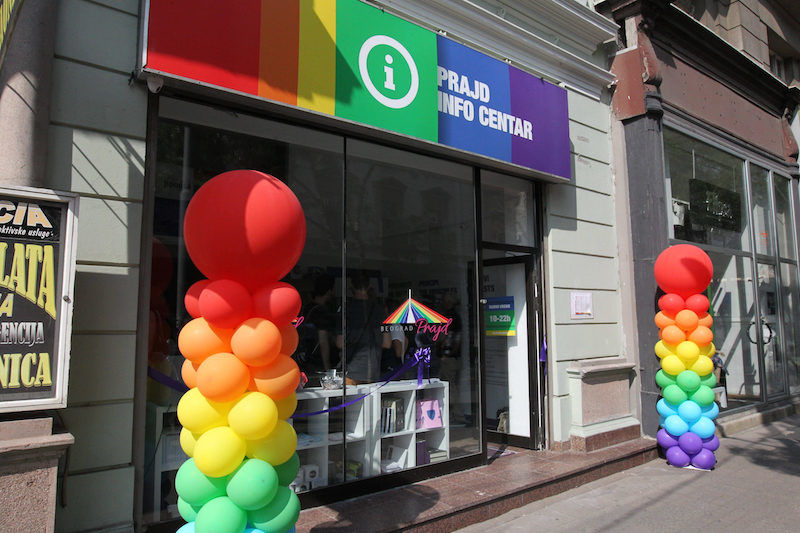 Belgrade’s annual Pride Week began on Monday (11 September) and will end with a march on Sunday (17 September). Pride parades were held over the past few years with strong security measures and, in the meantime, Serbia elected a gay prime minister. EURACTIV.rs reports.

They are now campaigning for the adoption of a law on same-sex partnerships, for which they hope to win the premier’s support.

Asked whether she would like to see the law pass, Brnabić said: “I can’t give you my personal opinion right now because I’m here as the prime minister representing the Serbian government.”

She said she would discuss the issue with ministers and civil society groups to “see what is it that we need to do to enable civil liberties in Serbia”.

Ana Brnabic, PM of Serbia has become the first head of government in a Balkan country to take part in a gay pride march. pic.twitter.com/0Zj6iDgTAs

The premier’s attendance at the march drew a largely positive response from participants who spoke to AFP, though Ivana Mitrović, a 35-year-old from the northern city of Novi Sad, was sceptical.

“I don’t like the government. It’s all for show,” she said.

Others thought Brnabić’s visibility could inspire young gay and transgender people even in traditionally minded villages.

“For me that’s a good thing,” said Nevena Pupić, 34, a rights activist and financial officer from Belgrade.