BiH media reported the ambassador had been summoned because of a non-paper that Slovenian Prime Minister Janez Janša reportedly sent to the EU about redrawing borders in the Western Balkans, which Janša has already denied.  [EPA-EFE/IGOR KUPLJENIK]

Bosnian media reported on Monday (12 April) that ambassador Zorica Bukinac had been summoned because of a non-paper that Slovenian Prime Minister Janez Janša reportedly sent to the EU about changing borders in the Western Balkans, something Janša already denied.

Željko Komšić, the Croat Presidency member, confirmed on Monday to local media that Slovenian President Borut Pahor had asked in an informal conversation during an official visit on 5 March whether “a peaceful separation in BiH is possible”, referring to the secession of the Republika Srpska (Bosnia’s Serb entity, RS).

“Recently, there have been more and more voices in Europe saying that the disintegration of Yugoslavia should be completed. Can you peacefully disband in BiH?”, reportedly is the question that Pahor asked members of the BiH Presidency, Milorad Dodik, Šefik Džaferović and Željko Komšić.

The latter said that he and  Džaferović, the Bosniak member, had replied this was not possible, while Serb member Dodik gave the opposite answer.

“President Pahor regularly warns against the idea of disintegration of BiH and redrawing of borders in the Western Balkans. In that context, out of concern about these ideas, he put this question to his interlocutors, all three members of the BiH Presidency, when he visited Sarajevo in early March”, Pahor’s office announced.

Almost simultaneously it was reported by the media that Janša has handed over a non-paper to the President of the European Council, Charles Michel, containing the Slovenian presidency priorities, which includes guidelines about the “final disintegration of Yugoslavia”.

The disintegration implies changes in borders, and among other things envisages the possibility of secession of Bosnia’s RS entity, as well as the redrawing of borders in Montenegro, North Macedonia, and Albania.

Janša, whose country takes over the EU presidency on 1 July, denied all the allegations. Michel’s press office has not yet confirmed the existence of the Slovenian non-paper on the Western Balkans, which, according to unofficial information, was handed over last autumn.

Michel’s spokesperson Barend Leyts said on Monday he could not confirm that the Council had received such a non-paper, and that he would check further.

But Slovenia’s 24ur.com reported that “sources have been confirming to us for several days that there is a strong possibility that this secret document does exist, but that it was sent completely outside established diplomatic channels”.

“We have also learned that it has not even been seen by top Slovenian representatives in Brussels. Our sources even claim that the document also deals with the return to the country of fNorth Macedonia’s former Prime Minister Nikola Gruevski,” the Slovenian website said.

Gruevski was sentenced for abuse of power in his country back in 2018, but fled to Hungary. Janša is an admirer of Hungarian Prime Minister Viktor Orbán, who provided asylum to Gruevski. All three represent political forces affiliated with the European People’s Party (EPP). 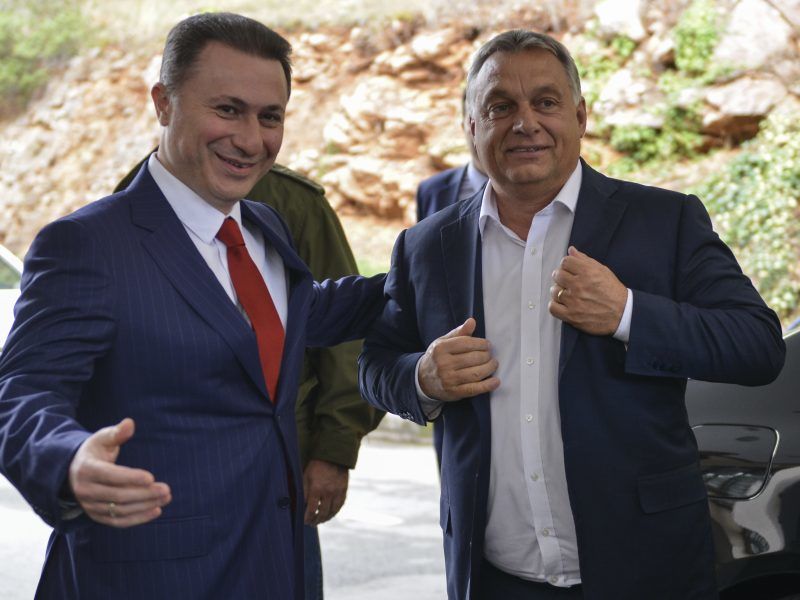 Croatian news agency Hina recalled that Milorad Dodik had told a session of the RS parliament on 10 March that European politicians are now openly talking about the possibility of a peaceful break-up in BiH, and announced that he would personally request a referendum on RS status “in a year or two”.

The biggest Bosniak party, the Party of Democratic Action (SDA), reacted by saying that  “politicians in the EU who possibly want to advocate the topic of ‘peaceful separation of BiH’ and change of borders in the Western Balkans must be aware that this will never happen, and the only consequence could be wars in the region and a chain reaction all over Europe.”