Sofia’s veto on Skopje is ‘a present for Russia’, Borrell says 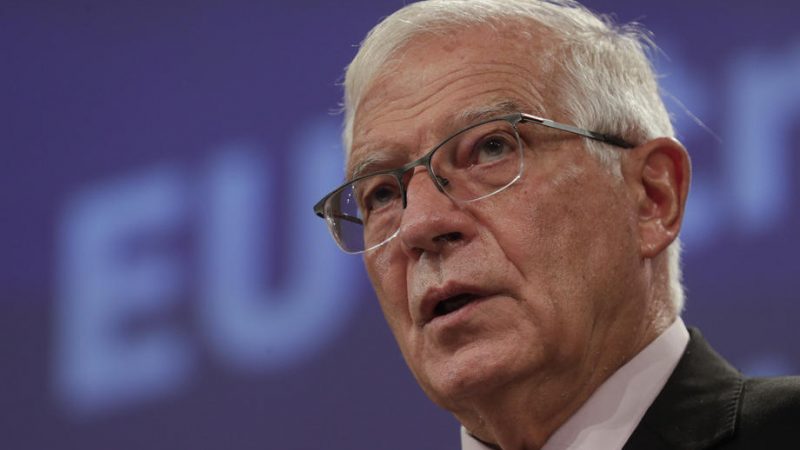 The high representative for the Foreign Affairs of the European Union Josep Borrell in a file photo dated 16 September 2021. [EPA-EFE/OLIVIER HOSLET]

EU foreign affairs chief Josep Borrell put pressure on Sofia on Monday (16 May) to lift its veto on North Macedonia, starting EU accession negotiations, stating that the lack of solution plays into the hands of Russia.

Sofia is currently blocking Skopje’s progression towards EU membership over cultural, heritage, and language issues. With North Macedonia’s progression tied to Albania’s, this has resulted in the two remaining in the EU waiting room with no end in sight.

“This situation is not only harming them, it is harming us. It is costing us and the region too much in terms of credibility and political perspective. It is a present to Russia. It is a present to Russia and an occasion to further drag this on,” he said following a lunch with Western Balkan ministers on the fringes of a meeting of EU foreign ministers, mostly focussing on the sixth sanctions package against Russia.

Borrell said the EU Council had ambitions to find a solution and “avoid a crisis” before the end of the French Presidency on 30 June. 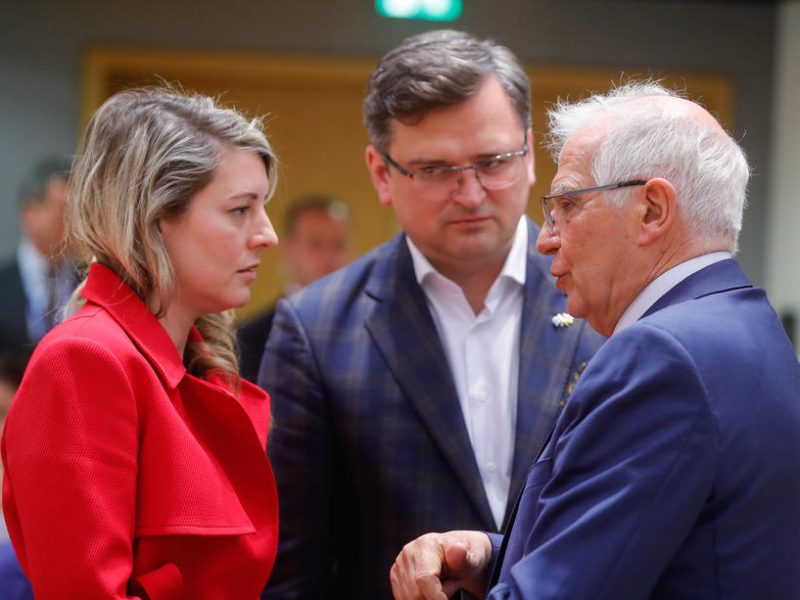 The EU has not found consensus on the new sanction package against Russia and an agreement could be still ‘a week or two’ away, EU’s chief diplomat Josep Borrell said on 17 May, as Hungary said it would not lift its veto.

The EU foreign affairs chief said that there would be a “serious crisis” with the Western Balkans countries in the absence of a solution by this date.

In his words, further delays were not in the interest of Skopje and Tirana, and neither of the EU countries.

“I want to stress that -and I want to make clear my personal commitment as High Representative for Foreign policy – that we need to start the negotiations with North Macedonia and Albania. And I hope, more than hope, more than wish, that this will happen during the French Presidency,”  he said, adding that “We all see that this delay is unsustainable.”

Borrell praised the countries of the Western Balkans, which are fully implementing European sanctions, and called on others, namely Serbia, to do the same.

Serbia, which has cultivated a special relationship with Russia, especially after the Kosovo war of 1999, has not aligned with EU sanctions against Russia.

The EU foreign affairs chief also said that there was no link between the expected talks with Skopje and Tirana and the issue of Ukraine’s EU bid.

Issues between Bulgaria and North Macedonia go back many years, namely to when Serbia and Bulgaria fought to dominate the territory of North Macedonia. Also, due to the legacy of Yugoslavia’s communist leader Josip Broz Tito, during which time anti-Bulgarian sentiments were state policy.

Macedonians meanwhile maintain a distinct Macedonian identity, language, and history that they claim Bulgaria does not respect or recognise. In fact, Sofia insists there was no separate Macedonian language or identity before World War II.

Many ethnic Bulgarians in North Macedonia have complained of discrimination by the country’s authorities. Reportedly 120,000 North Macedonians hold Bulgarian passports, many of which were acquired after Bulgaria joined the EU in 2007.

North Macedonia also claims the existence of a Macedonian minority in Bulgaria which is not officially recognised by the authorities in Sofia, despite the European Court of Human Rights ruling on the issue no less than 14 times.

Bulgaria is concerned that these issues will not be resolved once North Macedonia becomes an EU member. North Macedonia is concerned that if it makes concessions to Bulgaria now, it will continue to have to do so during negotiations, and its own concerns will not be addressed. Stakeholders in Skopje have asked that the accession process start and other issues be hammered out during the opening of chapters.

Bulgaria would like North Macedonia to change its constitution and include the Bulgarian minority. Constitutional changes, however, are a difficult process that may take time; meanwhile, Skopje wants recognition of the Macedonian identity. 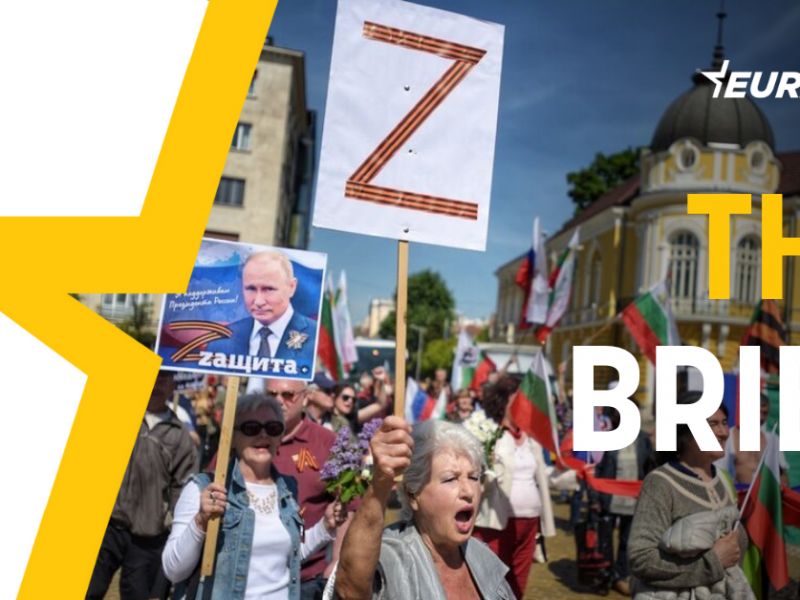 The Brief – The cost of not solving the Bulgarian veto

Vladimir Putin’s war in Ukraine is reshaping how the EU conducts its enlargement policy. That will put additional pressure on Bulgaria to lift its veto on neighbouring North Macedonia’s EU accession negotiations.