Survey: Serbia’s heart is in the East, pocket in the West 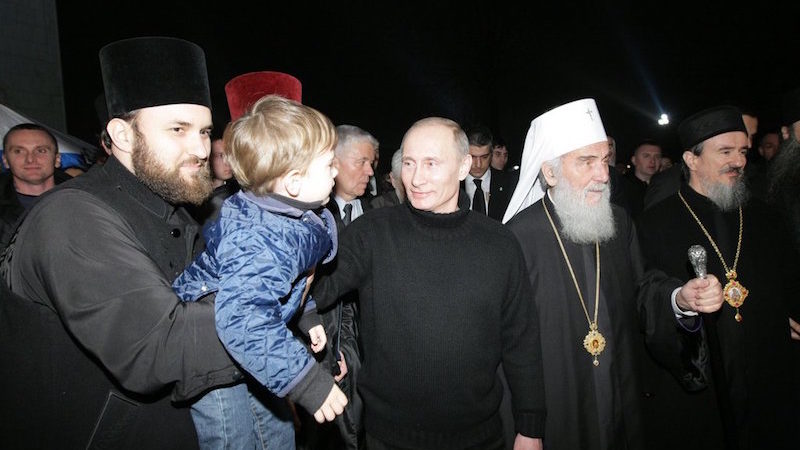 Serbians are realistic where their own lives are concerned. But their opinion of the country’s international position is irrational. EURACTIV.rs reports.

This is confirmed by the results of a new survey, according to which 4 in 10 participants believe Russia to be Serbia’s best friend, but more than half (52%) would like to live in a Western country, not Russia.

“Which side to choose… Serbia between the East and West,” a survey conducted by the Demostat research centre, was unveiled on 5 September, revealing that Serbian support for ‘military’ neutrality was unquestionable and that the majority of participants (53%) were in favor of Serbia without military bases.

Nonetheless, if a military base had to open in the country, Serbians would prefer it to be Russian, according to 20% of the 1,200 participants polled in the August survey. 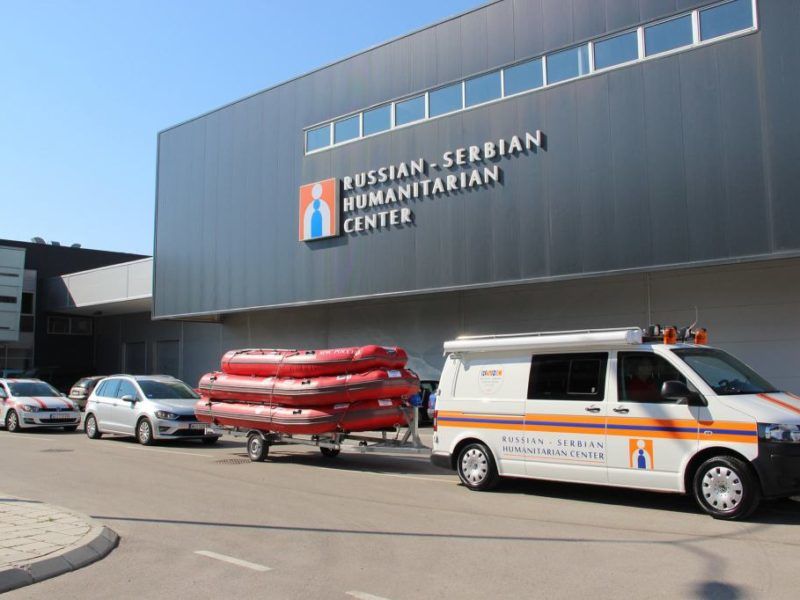 Showing off tents, lifeboats and other rescue equipment at the Russian-Serbian Humanitarian Centre, co-director Viacheslav Vlasenko laughs at Western suspicions that his workplace is a front for a spy operation.

Among those who voted for the Serbian Progressive Party and Aleksandar Vučić, 28% would “give” bases exclusively to Russia.

At the same time, the country in which Serbians would like to live the most is Germany, favored by 11% of the participants, followed by Switzerland with 7% and Austria, Italy and Sweden with 5% each.

The youngest participants of the survey – 1 in 6 in the 18-25-age bracket, prefer Germany. The oldest participants, age 75 and over, chose Germany in only 2% of cases.

In terms of working status, those employed by the state and the unemployed opt for Germany as the country they would like to live in slightly more than the national average, at 15%.

It should also be noted that attachment to Serbia as the preferred country of residence decreases in proportion to the level of education.

16% of those surveyed would primarily recommend Germany for their children to live and work in followed by Switzerland at 7% and Austria and Italy at 5% each.

1 in 10 of those surveyed believe that Serbia has no best friend.

As far as political orientation is concerned, the majority of those who see Russia as Serbia’s greatest friend vote for the Serbian Progressive Party and Aleksandar Vučić.

The choice of Russia as Serbia’s best friend grows in correlation to age. Russophilia is present among 32% of the youngest and as much as 52% of the oldest participants.

Speaking about Serbian affection for Russia, Demostat chief researcher Srećko Mihailović, also asks whether it is unrequited love, because according to the results of similar surveys conducted by the Russian Levada Centre in 2006, Russians put Serbia in 12th place on the list of friendly countries, behind several former Soviet republics, China, India, Cuba and Venezuela.

Analysing the survey results, Mihailović pointed out that Serbia was an “in-between country, a country whose heart is in the East and its pocket in the West”.

“Where emotions are concerned, Russia has the advantage, whereas reason is on the side of the Western countries,” said Mihailović.

Demostat Program Manager Zoran Panović highlighted the difference between Serbia’s foreign policy, which is EU-oriented, and the internal one, which is created, among others, by the media and which is inclined towards Russia.

Russia has mounted a campaign of covert economic and political measures to manipulate five countries in Central and Eastern Europe, discredit the West’s liberal democratic model, and undermine trans-Atlantic ties, a report by a private US research group said.

Panović also believes that Serbians are getting extremely confusing messages about what ‘military’ neutrality even means.

The fault for that lies with a political elite that panders to the majority and thus “bags” votes, says Janjić, warning of the schizophrenic state of Serbian society.

“It is clear that, as a society, we have failed to create even a minimum of balance between desires and needs, between reality and prejudice. That is best seen in the data presented, which shows that people think quite seriously about their own and the lives of their families, whereas their opinion of the country’s international position is completely irrational,” Janjić said at the presentation of the survey results.

According to Janjić, the key responsibility for this situation lies with political and other elites, who have always gone for easy solutions, putting up very little resistance to populism.

One response to “Survey: Serbia’s heart is in the East, pocket in the West”