Marko Djurić, Belgrade’s chief negotiator for Kosovo – a former Serbian province that proclaimed independence in 2008 – was arrested after he crossed into the disputed territory and travelled to Mitrovica in defiance of a ban, a police spokesman said.

Footage of Marko Djuric, the head of the Serbian govt’s Office for Kosovo, being taken inside the police HQ in Pristina after he was arrested by Kosovo’s special police in the northern city of Mitrovica.

He was apprehended for entering Kosovo despite a ban on him doing so. pic.twitter.com/FDURKDClSk

Kosovo President Hashim Thaçi in a statement called for calm and said Djurić was escorted by police to a “border crossing point between Kosovo and Serbia.”

“All those who have participated in this abduction will be held accountable before Serbian state bodies,” he told reporters in Belgrade.

“They beat him … dragged him on the streets of Pristina under boos to complete the humiliation.”

Vučić also said that a person who thought that it was possible to simply appear armed in the north of Kosovo without consent of the Serbs, violated the Brussels Agreement, jeopardised the peace of Serbia and people in Kosovo.

“I’m fed up with lies, not only here, but coming also from the international community – do not deceive us about the [Brussels] Association,” he said.

EU foreign affairs chief Federica Mogherini said she has called on Thaçi and Vucić and deplored the event.

After the arrest, Djurić was taken to a police centre in Pristina, a police spokesman told AFP. Kosovo authorities said he had not obtained entry authorisation.

Hooded police holding automatic weapons and accompanied by armoured vehicles, were deployed from the Serbian border to Mitrovica to prevent several Serbian officials from entering Kosovo, according to an AFP correspondent.

Nearly 20 years after the 1998-1999 war between Serb forces and Kosovo pro-independence ethnic Albanian guerillas, Mitrovica remains divided between ethnic Serbs, living north of the Ibar river, and ethnic Albanians, south of it.

International forces are still deployed in the town.

A public round-table in Mitrovica attended by Djurić was aimed at “internal dialogue” over the Kosovo issue, which is key to Belgrade’s bid to join the European Union.

In the hall where it was held a Serbian flag was on display.

Police had to battle their way through the hall where Djurić was attending the meeting, using tear gas to disperse dozens of residents trying to intervene.

He was then taken to the police station in Pristina, where he was dragged by police in front of the cameras and insulted by residents, according to AFP journalists.

Although there have been no serious inter-ethnic incidents in Mitrovica in recent years, the town remains tense.

The fragile situation was illustrated by the murder of moderate Kosovo Serb politician Oliver Ivanović in January. 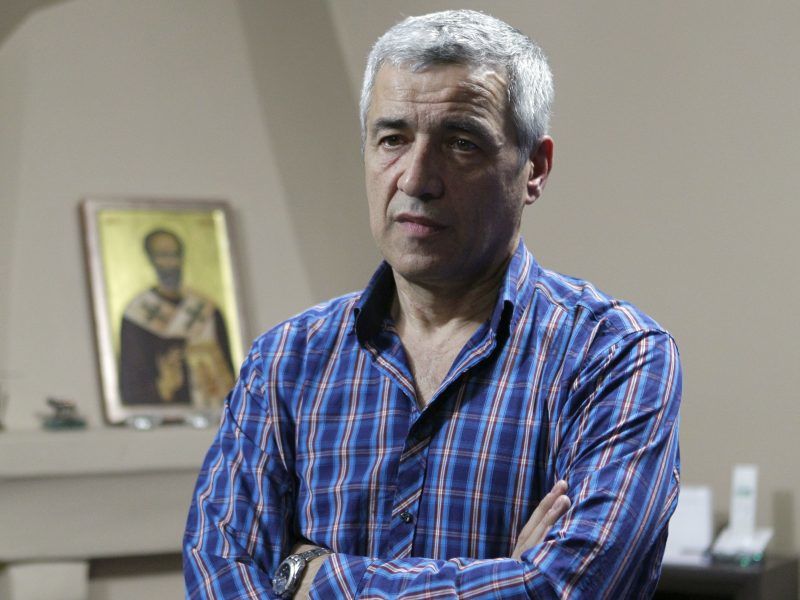 A probe has failed to shed light on the murder.

Monday’s arrest is the most serious incident since Belgrade sent a train to Kosovo in January 2017 painted in the Serbian flag’s colours with a sign reading “Kosovo is Serbia” in multiple languages.

Pristina labelled it a “provocation”, but Vucić halted it before the border.

The arrest and expulsion of Djurić took place after Vucić and Thaçi met in Brussels on Friday to restart the EU-sponsored talks on normalisation of ties, which have been deadlocked for the past two years.

Thaçi said the incident “should not interfere with … the dialogue between the two countries, the efforts for normalisation, good neighbourly relations and reconciliation between Kosovo and Serbia.”

About 115 countries have recognised Kosovo’s independence over the past 10 years. However, Serbia and dozens of other states, including its ally Russia.