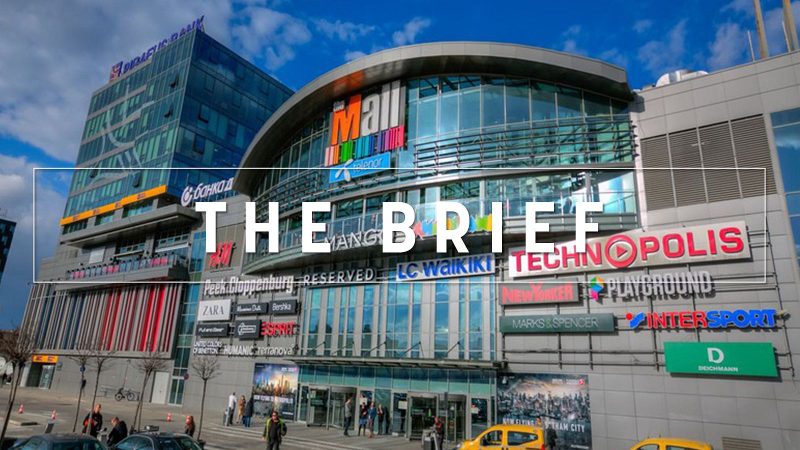 Jean-Claude Juncker has just given a very positive assessment of the 2004 “big bang” enlargement. At the same time, older EU members don’t dare mention the prospect of new countries from the Western Balkans joining the Union, for fear of losing voter support in the run-up to the European elections.

But don’t expect celebrations, in Brussels or elsewhere: the Commission calendar for the week has nothing planned, not even a modest conference. And there were no celebrations in January 2017, 10 years after Bulgaria and Romania joined the Union, as a smaller second wave in 2007.

Giving such a big achievement such a low key treatment is surreal. Enlargement has been instrumental in modernising the new members and has also brought enormous profits to the older ones.

The advantages for the new members have been highlighted often enough. But one only needs to take a 5-minute walk in the streets of Warsaw, Riga or Sofia to realise how well businesses from Western Europe have also profited.

The logos of European supermarket chains are everywhere – Carrefour, Metro, Lidl – to name but a few. In every field – banks, hotel chains, construction-building, fast food, fashion – the brands from Western Europe are omnipresent.

Many millions of East Europeans pay their electricity, heating or water bills to companies from Western Europe who act as grid operators. Many of the foods in the supermarkets originate from Western Europe, even if quality has been an issue (though dual quality of foods has recently been banned).

Western Europe also benefits from the work of millions of Eastern Europeans, who make use of the freedom of movement to earn higher wages in the more wealthy member countries.

The vast majority of these people are in good health, use very little social security and pay their taxes in the West. But populist politicians and tabloid media prefer to paint a caricature of East Europeans profiting from generous Western welfare.

Whereas in reality, when the West finds itself at a disadvantage, it mobilises EU institutions, where the East is underrepresented, to achieve its goals, as it did with the mobility package.

Some in Eastern Europe may complain about brain drain, but the truth is that more advanced economies make better use of such talents, and in a single market, in the end, the benefits should be shared.

Another example. Athens has this year solved its long-standing ‘name issue’ with Skopje, its non-EU neighbour.

What is less known is that in a very short time, Greek businesses have taken North Macedonia by storm, and even the Greek detractors of the Prespa agreement are now trying to get a foot in the door. When the business is well in place, the politicians should follow.

Five candidates vying to become the next European Commission president sparred and bantered in the first European election debate, which fell flat in the absence of Manfred Weber. Some sparks flew on the topic of climate change.

Following last week’s revelations of Nathalie Loiseau’s connections to the far right, the French president’s top candidate for the European elections is now defending herself from accusations of trivialising homophobia.

“It’s a good thing that youngsters are getting involved” in climate policy, says ECR’s Jan Zahradil. But going too far, too fast “could trigger an internal war with other age groups in society,” like the Yellow Vests in France, he warned.

Ahead of the World Press Freedom day, the European Greens presented proposals for how to guarantee media freedom in Europe. The real question, however, will be how to deal with ‘rogue elements’ from inside the EU institutions.

The ‘New Silk Road’ has the potential to make trade between China and Europe more competitive by rail than by sea.

The devolved Scottish and Welsh parliaments have separately declared climate emergencies, citing the threats of climate change, just as the Labour Party is expected to push Westminster to do the same for the whole of the UK.

New candidates have emerged for the presidential elections in Kazakhstan, which take place after the first president of the country surprisingly resigned. But for many observers the long-serving leader still calls the shots.

Higher numbers of severe obesity and overweight cases were reported in Southern Europe, according to a new study from the WHO.

Airline fuel’s tax-free status could soon be grounded after the European Commission agreed to register an official petition that calls for an end to kerosene’s exemption.

Labour Day, a public holiday in most of Europe. On Thursday, Commissioners Malmström, Jourová and Timmermans take part in State of the Union 2019 conference in Florence. Also: Look out for Spitzenkandidaten debate Nr. 2!