The Brief – Is Mini Schengen all it’s cracked up to be? 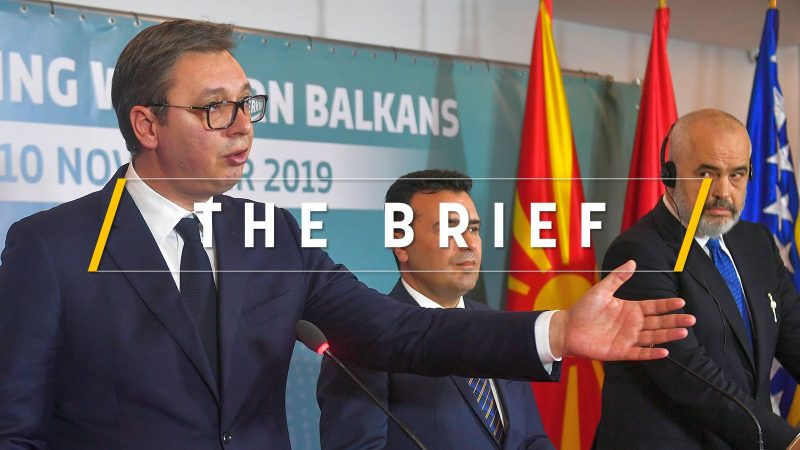 Diplomats are still wondering what’s behind the initiative of Albania, North Macedonia and Serbia, who last October decided to advance regional cooperation by forming a so-called “mini-Schengen” in the Western Balkans.

At first sight, the initiative is good: it aims to lift travel restrictions along the EU model and introduce a common working permit. Montenegro, Bosnia-Herzegovina and Kosovo, all EU hopefuls, are also welcome to join in on the action.

But if the initiative is good, why is it criticised in the region itself?

Kosovo, still fighting for international recognition, is in particular furious, because it sees it as treason by its big sister-country Albania, cosying up to arch-enemy Serbia. In Albania itself, the opposition harshly criticises the idea, which raises doubts about its viability.

For its part, Montenegro stated it is not interested in joining because, among other reasons, it sees no added value. Western Balkan countries are part of the Central European Free Trade Agreement (CEFTA), which guarantees a degree of free flow of people and goods.

EU member and Balkan neighbour Bulgaria doesn’t like the initiative either, because it smells an attempt to resuscitate some form of Yugoslavia or of Greater Serbia, which consistently seeks to put Skopje under its thumb.

An MEP from Bulgaria’s ruling GERB party stressed that this was an initiative by Serbia and pointed out that Belgrade has recently signed a free-trade deal with the Russia-led Eurasian Economic Union.

North Macedonia is holding early parliamentary elections on 12 April. The nationalist opposition VMRO-DPMNE of former PM Nikola Gruevski is strongly pro-Serbian, and Mini Schengen is music to their ears.

What is clear is that Mini Schengen benefits Serbia. The landlocked country of less than 7 million people (Yugoslavia was 23 million) utterly needs to project itself in a bigger framework. Mini Schengen has the potential to incorporate 12 million.

Albania was never part of Yugoslavia, so even better: it provides access to the Adriatic in lieu of Montenegro, Croatia and Slovenia joining. And a bonus: it really humiliates Kosovo.

The bottom line is that EU accession is not for tomorrow and, in the absence of clear membership chances, its neighbourhood will be shaped by external but also internal players.  On balance, many will say, Greater Serbia is probably better than Greater Albania.

On Friday, EURACTIV obtained a leaked document outlining the EU’s industrial strategy. It sets out comprehensive plans to revolutionise the bloc’s industrial sector, with a focus on developing key technologies, including measures to go ‘beyond 5G’ and ‘towards 6G.’

Also on Friday, the EU appointed one of its most experienced diplomats as its first post-Brexit ambassador to the UK, who will oversee relations after 31 January.

Slovenian Prime Minister Marjan Šarec stepped down on Monday and suggested calling early elections, saying his minority five-party government was unable to pass important legislation through a parliament it did not control.

When it comes to food, EU policymakers should make science-based decisions if they want to help European their farmers tackle the “legitimate concerns” over sustainability, Sonny Perdue, the US State Secretary of Agriculture, said on Monday.

Ukraine has proposed its own Green Deal, aiming for energy independence and more renewable power as part of a long-term climate policy. But coal stays in the mix until 2050 and nuclear is set to remain a staple of its power generation.

Eurogroup President Mario Centeno spoke to EURACTIV in Davos last week and said he remained hopeful about the eurozone’s stalled reform process, as there are “good reasons” to support green investment as part of a broader review of EU fiscal rules.

Don’t miss our Davos wrapup – describing why this year’s edition focused on climate but ended up without the consensus required to drive the global economy towards a greener future.

One response to “The Brief – Is Mini Schengen all it’s cracked up to be?”