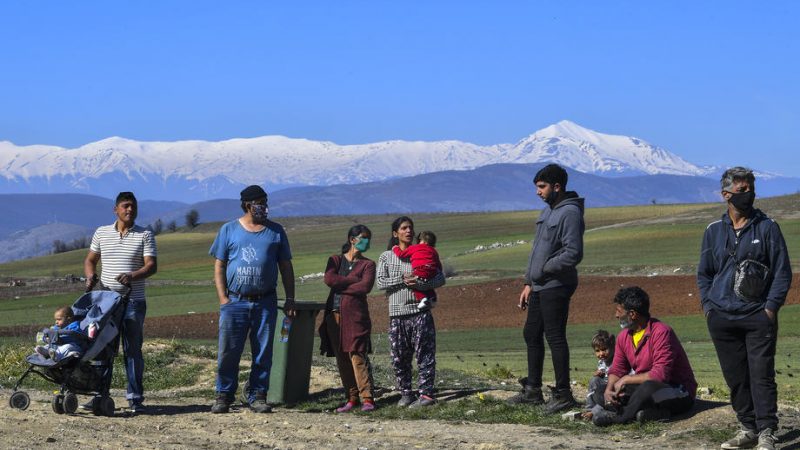 Homeless people are watching as officials conduct a demographic census in the Reception Center for Supported Living for Homeless Families in the village of Vizbegovo near Skopje, North Macedonia, 3 March 2021. [EPA-EFE/GEORGI LICOVSKI]

Like much of this impoverished corner of southeastern Europe, this tiny Balkan nation is sitting on a demographic time bomb fuelled by an ageing population, sinking birth rate and mass migration.

North Macedonia has shed 10% of its population in the last 20 years. Around 600,000 Macedonian citizens now live abroad, according to World Bank and government data.

Abysmal economic growth and a lack of investment have clobbered the country, now home to just 1.8 million people, in its 30 years of independence.

“If you have a little over 2.4 million citizens and more than a quarter have left, then you have to seriously be worried about what is happening,” says Apostol Simovski, director of the country’s statistics office.

Villages and small towns such as Valandovo, 146 kilometres from the capital, offer few jobs, pushing the ambitious and able to search elsewhere.

“The spirit of young people has been systematically destroyed,” Pero Kostadinov, the newly elected 33-year-old mayor tells AFP. “The enthusiasm to fight and stay home has been lost.”

In Valandovo alone, nearly 90% of people’s income is linked to agriculture, a common denominator across North Macedonia.

“Five of my friends from our class of 20 students have already moved abroad with their families,” said Bojan Nikolov, 24, a member of the youth municipal council in Valandovo.

The anecdote offers a stark picture of where the country’s future is headed.

Initial results from North Macedonia’s most recent census conducted in September estimate that the population has declined by more than 200,000 since 2002.

Since independence and the dissolution of Yugoslavia in 1991, many hoped integration into the European Union would provide a life raft and promises of a brighter future.

But North Macedonia’s path to EU membership has been repeatedly blocked, first by Greece and later Bulgaria, ushering in fresh doubts that the country will ever join and pushing many to jump ship.

For those who stay, monthly salaries average €470.

“It is better to be a slave for €2,000 in some foreign country, than to be a slave with €300 at home,” goes a popular refrain in North Macedonia.

It is a picture replicated across the Balkans.

In Albania, about 1.7 million people, or roughly 37% of the population, have left the country in the past three decades, according to government figures. 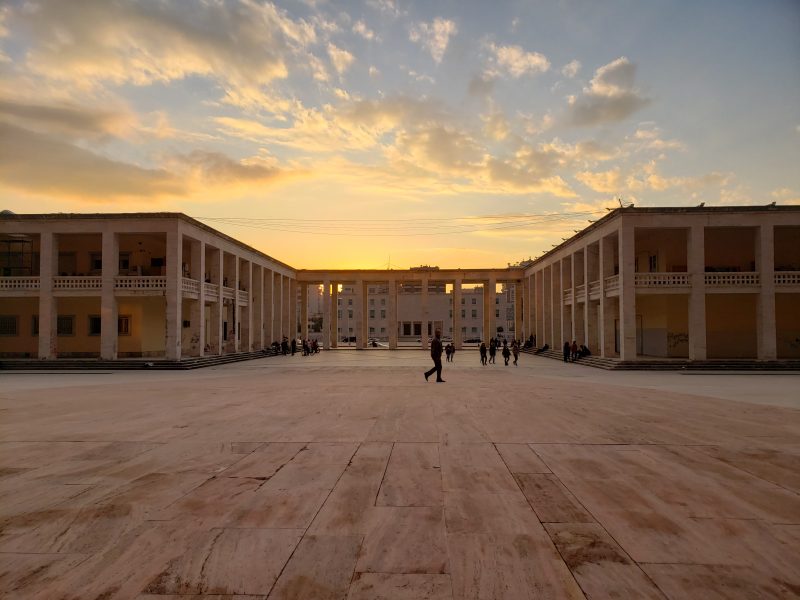 Hundreds of thousands left Serbia to resettle abroad after wars in the 1990s that pummelled the economy, with estimates suggesting up to 10,000 doctors left in the last 20 years.

“All the countries of the Western Balkans are affected to varying degrees by emigration,” said Ilir Gedeshi, a professor of economics based in Albanian capital Tirana.

“The main reasons are economic, but apart from that, social reasons occupy an increasingly important place.”

But for Albania, Kosovo, Montenegro, North Macedonia and Serbia — all hoping that EU membership will reverse their fortunes — Croatia provides a stern warning.

Since joining the bloc in 2013, its population of just over four million has shrunk nearly 10% in a decade, according to preliminary census findings.

The United Nations projects that Croatia will have just 2.5 million people by the end of the century. Demographers warn that the country’s tiny population may lack the resilience to weather further losses.

In December, Zagreb sought to reverse some of the brain drain by promising Croatian expatriates in the European Union up to €26,000 to return and start a business.

But for some areas, it may already be too late.

“For sale” signs litter the eastern region of Pozega, one of those hardest-hit by war in the 1990s. More than 16% of the area’s population of nearly 80,000 have left in the past decade, official figures show.

“In my street one-third of the houses are empty,” said Igor Cancar, 39, from nearby Brestovac.

They include his sister who moved to Austria with her husband and two children, along with most of his close friends.

“If we want young people to stay, we need a kindergarten and help them build a house,” Cancar added.

“The last train is leaving, and we are doing nothing but standing on the platform and waving.” 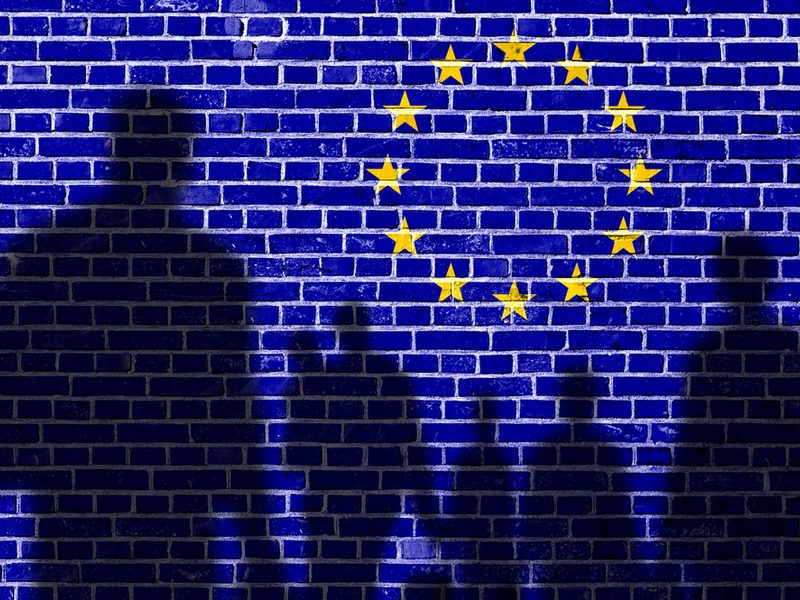 Balkan brain drain could be costing the region its future

‘Brain drain’ has become a sad refrain in the Western Balkans, where many youngsters harbour dreams of living and working abroad. But is brain drain real, and what impact is it having?