The Ukraine war and the Balkans: When autocrats pose as stability guarantors 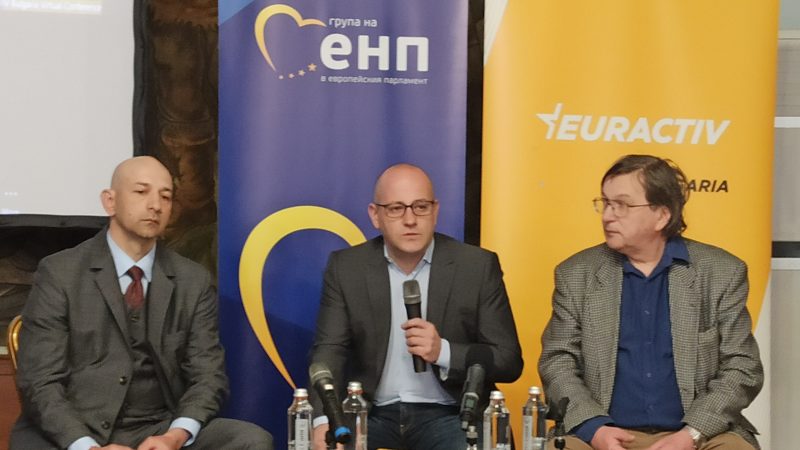 The war in Ukraine has triggered Western Balkan autocrats to position themselves as guarantors of stability, and for that reason, regional political initiatives by Serbian President Aleksandar Vučić should be ended, experts concluded at a conference held in Sofia on Monday (11 April).

Participants of the conference, co-organised by EU lawmaker Radan Kanev (EPP) and EURACTIV Bulgaria, expressed concerns that the war is being used for propaganda purposes to the advantage of less than democratic leaders.

“Local leaders are using the war situation to entrench themselves in power”, Kanev said, adding that Vučić will increasingly promote himself as a guarantor of stability, not only in the Western Balkans but also in the entire Balkans”.

He said the time has come for Sofia and Athens to take the lead in regional initiatives to accelerate the EU accession process of the six Western Balkan EU hopefuls.

This is even more urgent, Kanev argued, given the role of the secret services in Serbia’s policy and what he called their systematic connection with the Kremlin. The Bulgarian MEP reminded the participants that Belgrade never truly intended to help solve the problems with North Macedonia.

Historically, complex relations between Skopje and Sofia have been exacerbated by the secret services of the former Yugoslavia, which has always feared a rapprochement between Macedonians and Bulgarians at the expense of anchoring Skopje with Belgrade. Such policy continues to this day, Kanev believes.

“The EU and Bulgaria need to understand that the puzzle of the Western Balkans will not be resolved as long as it revolves around Belgrade. The solution may be in the Sofia-Athens axis. And why not in Sofia, Athens, Skopje and Tirana. Then the Western Balkans would become a much more positive place,”, Kanev said.

He said that the so-called stabilocracy in the Balkans entrenches itself following the model of Recep Tayyip Erdoğan’s regime in Turkey, which obtains long-term indulgences from the West.

Carnegie Europe’s Dimitar Bechev argued that Vučić, who recently won elections where the Serbian opposition had very little media exposure, was looking forward to using the Ukrainian war to cement his power at home and was already exploiting the recent memories and fears of the Yugoslav wars from the 1990s, Bechev argued.

Andrei Vrabchev, an international security expert, said, “The Western Balkans are hostages to unsolved Serbian problems”. According to him, it is necessary to create regional unions to take decision-making out of the post-Yugoslav area.

“I see such a (regional) union between Bulgaria and Greece, Macedonia, Albania and Montenegro. All are members of NATO and will be an axis of stability in the region. All these countries are connected by Corridor 8, and the other countries of the Western Balkans can be attached to them”, Vrabchev said, adding that some of the EU’s older members, such as the Netherlands, could act as mentors in the process.

The war as game-changer

Slovak MEP Vladimír Bilčík (EPP), a rapporteur for Serbia in the European Parliament and a member of the EP delegations for relations with North Macedonia and Montenegro, warned that the war in Ukraine had significant consequences for the Western Balkans.

“Russia is at war with Ukraine, but Russia is also at war with Europe. This is clear when you look at the narrative that accompanies this war,” Bilčík told the conference.

“It is extremely important for the countries in the region to determine where they stand (with the EU and the West or with Russia). This is true not only for today but also for any progress on EU enlargement,” he said, adding that Ukraine is also fighting for its status as a candidate country.

Bilčík said the war accelerates many geopolitical changes that would otherwise take decades, which, despite its tragedy, could be beneficial for the EU enlargement.

In the first place, he pointed to the “unlocking” of membership talks with Northern Macedonia and Albania, which are currently both blocked by the Bulgarian veto on Skopje. “This is a big issue for Bulgaria. This is not just a symbolic step, but it will give new impetus to the process of accession to the Western Balkans, “he said.

“I would encourage everyone to look strategically at this enlargement, to look at the big picture, this process can help solve many problems from the past between Skopje and Sofia.”

Professor Denko Maleski, the first foreign minister of the independent Macedonian state after the collapse of Yugoslavia, pointed out the West had been in no hurry to help solve the problems of the Western Balkans.

“The logic of our Western partners is that as long as they themselves are not threatened, they have all the time in the world to transform societies into decent democracies. If it takes 100 years to find a solution, so be it. In the meantime, the Balkan countries are learning to solve their own problems,” Maleski said

He recalled that it took a quarter of a century to resolve the name dispute between Athens and Skopje.

“The problem was solved only because it affected the interests of the great Western powers, especially the United States after the Russian threat was projected on the Balkans. Then North Macedonia became a member of NATO,” Maleski said,

He predicted that the confrontation between Russia and the West heralds a “perilous era” for the Western Balkans.

“The logic of the conflict between liberal democracies and autocracies will take a specific form in the Western Balkans. On the domestic stage, this means a resurgence of nationalism and authoritarianism. On the international stage, a return to the logic of the Cold War – what is good for some is bad for others. This means that Russia will do everything to sabotage the accession of the Western Balkans to the EU,” Maleski warned.

Engjellushe Morina of the European Council on Foreign Relations also thought the war in Ukraine inspired some of the autocrats in the Western Balkans.

“We have to be very careful with the autocrats,” Morina said. According to her, bilateral issues should be separated from issues of EU enlargement in the region, citing the dispute between Sofia and Skopje.

Ismet Ramadani of the Euro-Atlantic Council of North Macedonia commented that countries such as Albania, Northern Macedonia and Montenegro might feel more secure because they are members of NATO, but others have a bigger problem.

“In countries like Bosnia and Herzegovina and Kosovo, the war will have a (stronger) effect. For them, Serbia is a bigger and more powerful neighbour, and Vučić does not hide his sympathy for Putin’s Russia.”

Igor Novaković, director of research at the International and Security Affairs Center (ISAC Fund), predicted that in this changing situation, Vučić would not want to sever ties with the West and may be forced to impose sanctions on Russia.

“Serbia is likely to impose some sanctions while trying to convince Russia that the country is not entirely against them.”

He said Vučić would present himself as a guarantor of stability in the region, pursuing Serbian interests in Bosnia and Kosovo but warned that Russia has many tools to push the region into instability, which should prompt the EU to be more proactive.

“We need to use a big carrot (towards the Western Balkans), but at the same time a stick against those leaders who are playing with stability in the region,” Novaković said. 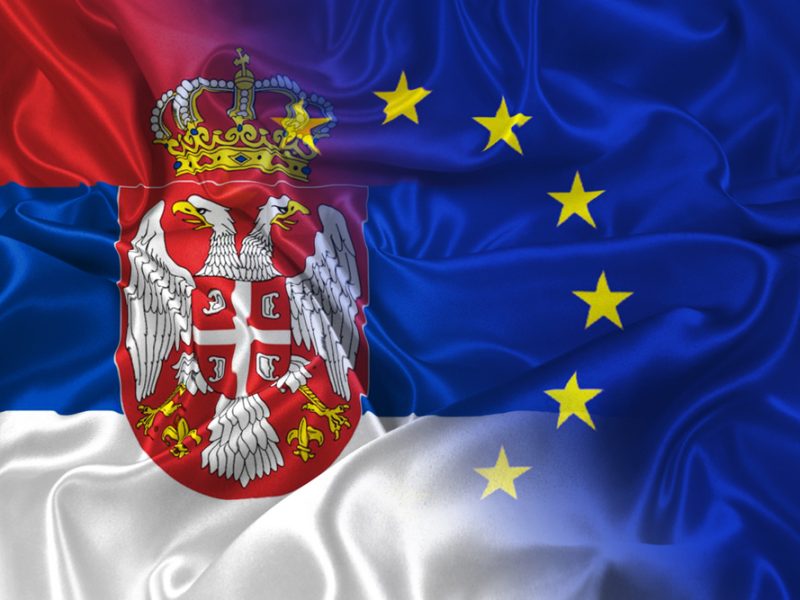 Serbia will likely begin to align with the EU’s positions in international organisations and slowly introduce some sanctions against Russia, Igor Novaković, director of research at the International and Security Affairs Center (ISAC Fund), said on Monday.