Greek Prime Minister Alexis Tsipras (C) and members of the government celebrate after winning a debate on the vote of confidence in the government, in the parliament's plenum, in Athens, Greece, 16 January 2019. [Yannis Kolesidis/EPA/EFE]

As EURACTIV predicted, a total of 151 lawmakers supported Tsipras’ government out of 299 present, including several independent MPs. 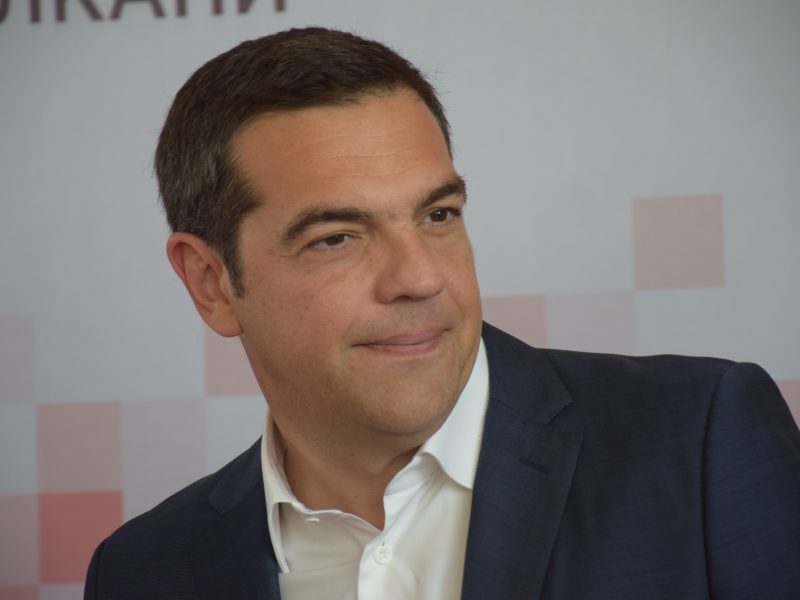 “Parliament today gave a vote of confidence to stability (and) the effort to regain the country’s international credibility,” Tsipras told reporters after the vote.

“To a government which has already changed Greece and will continue until the completion of its constitutionally-mandated term,” he said.

Despite the victory, the subsequent fate of Tsipras’ government — and whether he will complete his four-year term which ends in September — is far from certain.

The PM now faces an immediate challenge to also push through parliament the  name deal with neighbouring Macedonia, known as the Prespa agreement, which has sparked protests in both countries.

In a speech to parliament on Tuesday, the 44-year-old leftist leader insisted his government “has another nine months and very important tasks to carry out,” pointing to elections in October.

Among his goals are a revision of the constitution, a minimum wage increase and the completion of a property deal with the church that was recently blocked by senior bishops.

“We do not seek (the support of) 151 lawmakers just to complete our term, but in order to carry out specific political initiatives,” government spokesman Dimitris Tzanakopoulos told Open TV on Wednesday.

Yet many Greeks think the elections could take place earlier than October and may even be called to coincide with European and local elections in May, if not sooner.

Another protest will be held in Athens on Sunday against the agreement with Skopje to rename the country the Republic of North Macedonia.

Main opposition leader Kyriakos Misotakis of the New Democracy (EPP-affilated) called Tsipras a “fortune-hunter” and “cheap demagogue” who had built a career on lies. 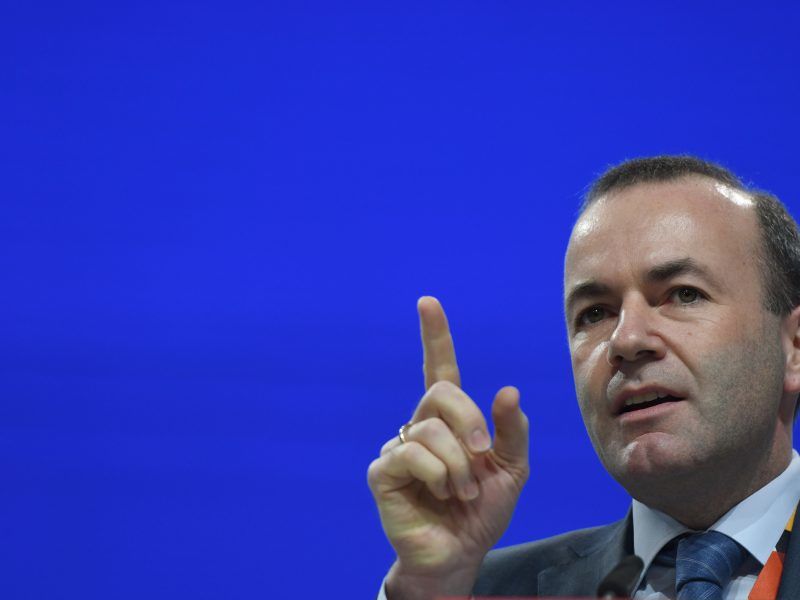 Victory by Greece’s right-wing New Democracy party over Alexis Tsipras’ Syriza in the next elections would show that the rise of populists in Europe is not irreversible, European People’s Party (EPP) Spitzenkandidat Manfred Weber has said.

“You took power with lies, managed it with lies, and will leave it will lies,” Mitsotakis said during the confidence vote debate.

The name-change deal aims to resolve a 27-year diplomatic dispute, but it broke up Tsipras’ coalition with the nationalist ANEL party at the weekend, ending their four-year partnership.

Macedonian lawmakers last week approved the deal, but it will only come into effect if it is also backed by the Greek parliament.

Athens has not given a date for the vote on the Macedonia deal, but Tsipras recently said it would be before the end of January.

The European Union and NATO have hailed the agreement which would lift Greek objections to Macedonia joining both organisations.

The proposal faces resistance in Greece because of what critics see as the implied claims to Greek land and cultural heritage.

For most Greeks, Macedonia is the name of their history-rich northern province made famous by Alexander the Great’s conquests.

In many cities in northern Greece, posters were put up overnight to urge local lawmakers to vote against the deal. A number of MPs also said they had
received anonymous threats.

Police made several arrests over the poster incident, and are investigating the threats.

ANEL chief Panos Kammenos, Tsipras’ former coalition partner, on Wednesday said the name deal should be put to a referendum.

Much will depend on the stance of small pro-EU party To Potami, whose position hardened this week after Tsipras poached one of their lawmakers.

“You may have found 151 lawmakers for the confidence vote but you will not find 151 to back the (Macedonia) deal,” the party’s parliamentary spokesman Panos Amyras told the government on Wednesday.