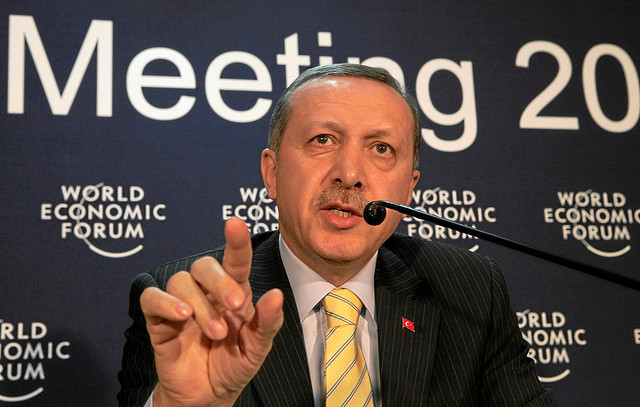 Turkey said today (18 September) that crises in the Middle East and elsewhere made closer co-operation between Ankara and the European Union essential and announced a new programme to revive the country’s stalled drive for EU membership.

A document released by the EU Affairs Ministry described the accession process as “the most important modernisation project after the proclamation of the Republic of Turkey”.

The document highlights a substantial shift in tone on the part of the Turkish authorities, who have reacted angrily to criticisms from European officials since last year over their handling of anti-government protests and a widespread corruption scandal which has swirled around Erdogan’s inner circle.

Despite tensions, relations between Ankara and its European partners have apparently been cemented in recent months over efforts to tackle the flow of so-called “foreign fighters” heading to and from Europe to join militant groups such as Islamic State in neighbouring Syria and Iraq.

“The recent dramatic changes, from Syria to Ukraine and Middle East to North Africa, require Turkey and the EU to act jointly against the global and regional threats,” the 12-page document laying out Turkey’s strategy, stated.

The programme is due to come into operation in November and will focus on “Political Reform Process, Socio-Economic Transformation in the Accession Process and EU Communication Strategy,” the document said.

The strategy targets a change of the constitution, better implementation of existing laws, as well as a drive to drum up public support for the EU, and will be part of the government’s so-called “action plan”, due to run until 2019.

Turkey has struggled to fall into line with the EU on issues including human rights and rule of law. Countries like France and Germany remain concerned about the accession of the 74 million Muslim majority nation.

Others, including Britain and Sweden, are vocal supporters of Turkey’s eventual membership, although European officials remain wary of predicting any dramatic progress, after a period of stagnation and worsening relations between Turkish leder Tayyip Erdogan and his counterparts.

“We’d need to see some concrete steps before being able to say real progress was being made,” the diplomat added.