Prime Minister Binali Yıldırım rejects the idea that the law is an 'amnesty for rape.' [Twitter]

AKP came under fire from the opposition, rights groups and on social media over a proposal that critics said could allow men accused of sexually abusing girls to avoid punishment if they marry their victims.

The proposal would allow sentencing in cases of sexual abuse committed “without force, threat or trick” before 16 November 2016 to be indefinitely postponed if the perpetrator marries the victim.

Prompting outrage from citizens a petition was set up online to block the new bill which has already attracted 600,000 signatures. Thousands protested in Istanbul, Izmis and Trabzon.

About 3,000 protesters, mostly women, gathered in Istanbul’s Kadikoy square, according to reports.

Some waved banners with slogans such as “Rape Cannot be Legitimised” and “AKP, Take Your Hands Off My Body” – referring to the AKP party of President Recep Tayyip Erdoğan, which introduced the bill.

Yıldırım had explained that the aim of the proposal was to remedy the situation of men who are in jail and are married to women under the age of 18 in a religious ceremony and with the consent of their family. He rejected suggestions that the plan amounted to an “amnesty for rape”.

Civil marriage under the age of 18 is illegal in Turkey, but marriage between men and underage girls through religious ceremonies is not uncommon, particularly in rural parts of the Sunni Muslim nation of 78 million people.

“There are those who got married under age. They don’t know the law, then they have kids, the father goes to jail and the children are alone with their mother,” Yıldırım told reporters last Friday.

“If there would be marriages like this from now on, they will in no way be tolerated,” he said, adding an estimated 3,000 families would be affected by the proposal and that the legislation would only be applied retrospectively.

Children in their early teens are known to have been married in religious ceremonies in Turkey. Some argue that these marriages were not abusive, with the couple simply being unaware of the civil law.

Opponents of the proposal including lawmakers, dozens of rights groups, women’s associations and child NGOs swiftly condemned the legislation, saying it was a normalisation of underage marriage.

“Sexual abuse is a crime and there is no consent in it. This is what the AK Party fails to understand,” Özgür Özel, a senior lawmaker with the main opposition Republican People’s Party (CHP) told a press conference. “Seeking the consent of a child is something that universal law does not provide for.”

The controversy became a top-trending topic on Twitter in Turkey, under the hashtag “rape cannot be legitimised”.

Justice Minister Bekir Bozdag said suggestions that sex offenders could avoid punishment by marrying their victims were a deliberate distortion of the facts. He said it was the AK Party itself which had tightened laws on underage marriage since coming to power in 2002.

“Those who commit the crime of sexual abuse with force, threat, trick or any other reason that cripples the will cannot use this article,” Bozdag said on Twitter.

The controversy comes as Turkey’s hopes of joining the European Union are hanging by a thread. Some European leaders have called for accession talks to be frozen, citing a deterioration in freedoms in the country which they say are taking it ever further from European norms. 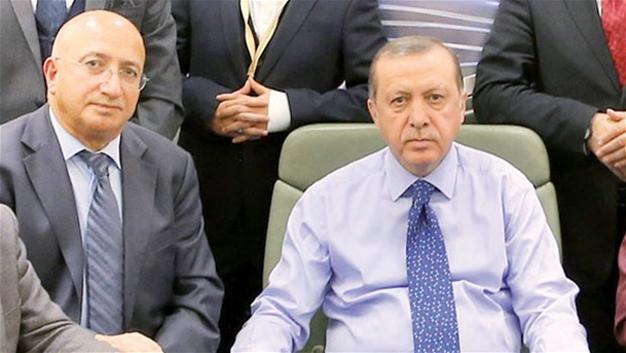 President Recep Tayyip Erdoğan was quoted saying yesterday (20 November) that Turkey did not need to join the European Union “at all costs” and could instead become part of a security bloc dominated by China, Russia and Central Asian nations.

The proposal, part of a wider package of planned changes, was accepted in an initial vote in parliament – where the AKP has a strong majority – late on Thursday.