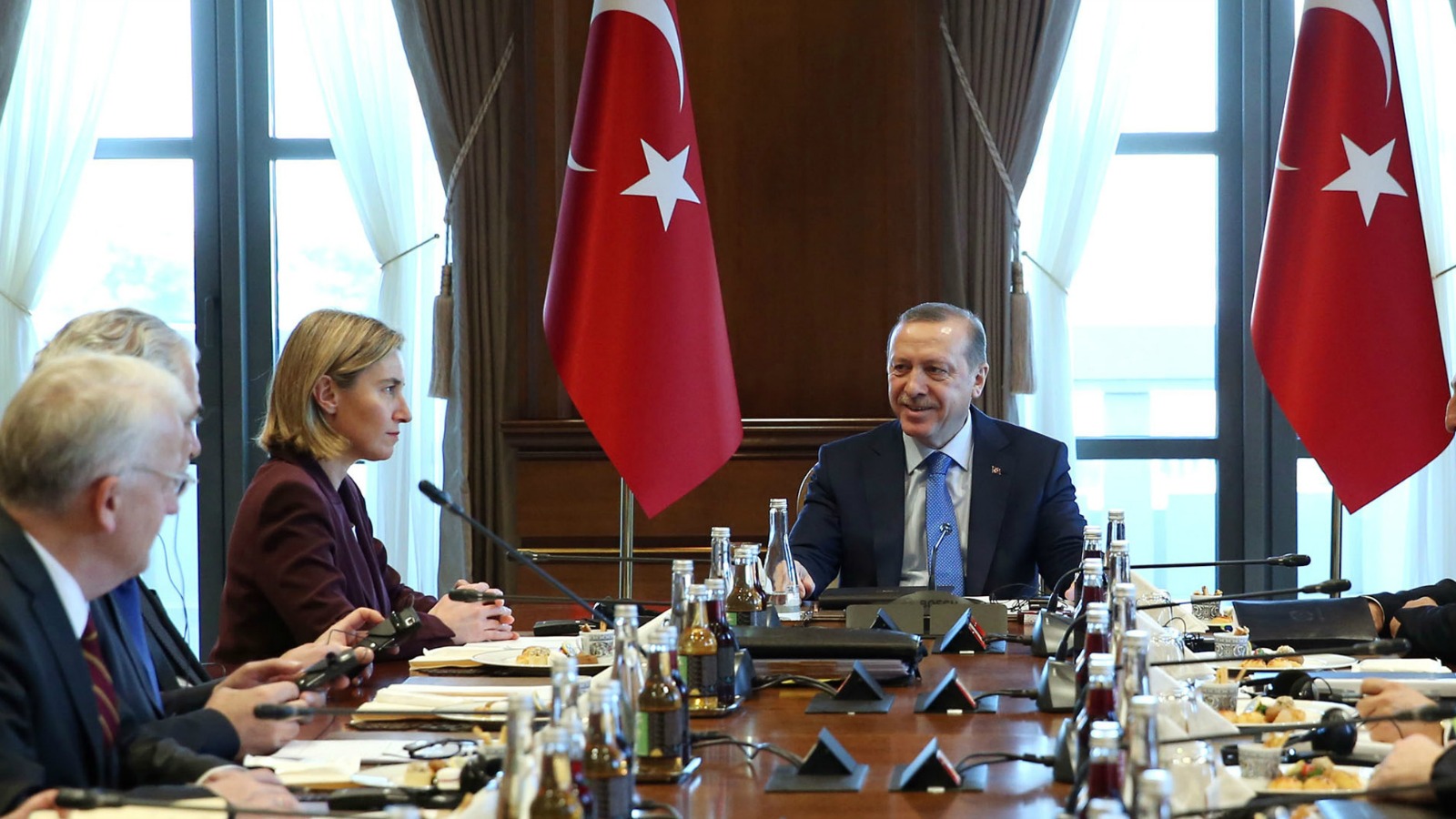 Across town, journalists accused of divulging state secrets also return to court for the third hearing of their Istanbul espionage trial.

The university scholars are being prosecuted for signing a petition along with over 1,000 colleagues and supporters denouncing the government’s military operations against Kurdish rebels in the country’s southeast.

Demonstrators were expected to protest in Istanbul ahead of the trial, set to begin at 2pm (1100 GMT).

The petition urged Ankara to halt “its deliberate massacres and deportation of Kurdish and other peoples in the region”, infuriating Erdoğan, who said the dons had fallen into a “pit of treachery”.

The four are accused of engaging in “terrorist propaganda” and “inciting hatred and enmity” for not only signing the plea but making a statement on the same lines on 10 March, a day before the petition was published.

If convicted, Esra Mungan Gürsoy, Meral Camcı, Kıvanç Ersoy and Muzaffer Kaya face up to seven and a half years behind bars, according to Academics for Peace (BAK), the organisation behind the contested statement.

Turkey is waging an all-out offensive against the separatist Kurdistan Workers’ Party (PKK), with military operations backed by curfews aimed at flushing out rebels from several southeastern urban centres.

But Kurdish activists say dozens of civilians have died as a result of excessive force.

The decision to haul scholars and journalists into court has deepened unease over freedom of expression under the increasingly autocratic Erdoğan.

The US and European Union have already expressed concern over the trial of two journalists of the Cumhuriyet newspaper for publishing articles alleging the government delivered weapons to Islamists in Syria.

Their closed-door trial enters a third day Friday, with the hearing expected to begin at 10am (0700 GMT).

Can Dündar, editor-in-chief of leading opposition daily Cumhuriyet, and Erdem Gül, his Ankara bureau chief face life in prison over a story accusing the government of seeking to illicitly deliver arms to rebels in Syria.

One response to “Turkish academics go on trial for ‘terrorist propaganda’”