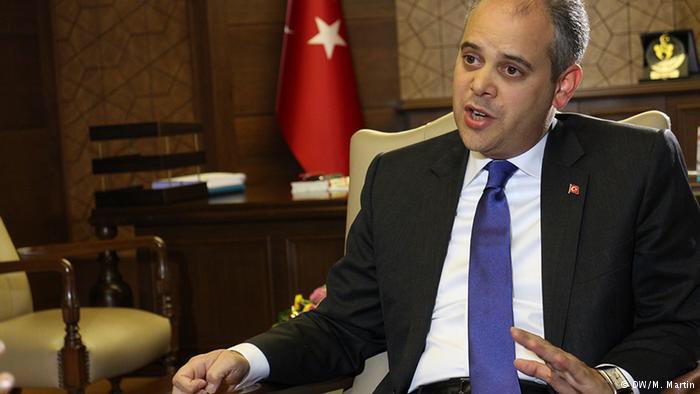 The director general of Germany’s international broadcaster Deutsche Welle condemned Turkey yesterday (6 September) for confiscating the recording of an interview with its Youth and Sports Minister at his office in Ankara.

Peter Limbourg said the Turkish government’s seizure of the video tape was “a blatant violation of press freedom.”

Tens of thousands of troops, civil servants, judges and officials have been detained or dismissed in a massive purge that Western allies worry Turkish President Recep Tayyip Erdoğan is using to crack down on broader dissent, risking stability in the NATO partner country.

The European Union and the United States have expressed concern about the scale of the crackdown, and human rights groups have said a lack of due process will ensnare innocent people who had no role in the abortive coup.

Deutsche Welle’s Friedman and his camera crew were not allowed to leave the Ministry for Youth and Sport until they turned over the video tape of the interview for a programme called “Conflict Zone”, DW said.

“What we are experiencing constitutes an act of the Turkish regime’s coercion,” Limbourg said in Berlin. “It cannot be that a minister willingly responds to an interview and then tries to block the transmission in such a manner just because he did not like the questions posed.”

Deutsche Welle’s Turkish language department quoted a statement from a ministry spokesman saying the interview was taken because the interviewer had posed questions that had not been previously planned.

.@DeutscheWelle's Friedman: "We are not journalists to ask questions what the politicians like to hear and answer"https://t.co/Zy0BdX4a1q

A faction of the military attempted to seize power on 15 July, killing some 240 people, mostly civilians, and wounding 2,000. About 100 people backing the coup were also killed, according to official estimates.