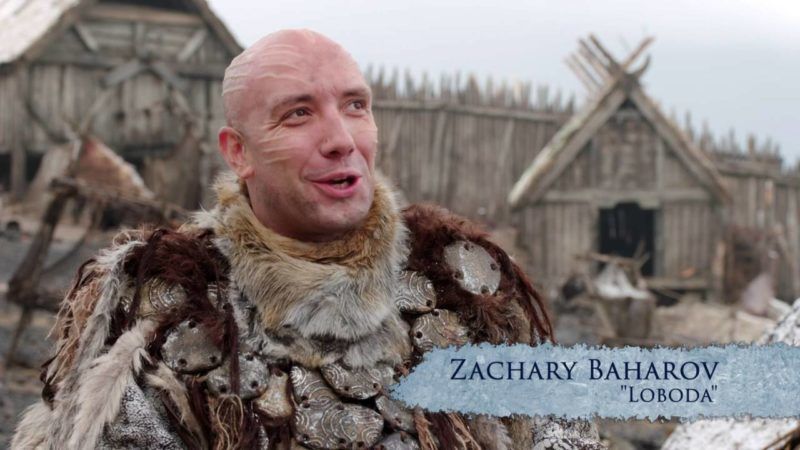 Tusk mentioned in his speech Zahari Baharov, a Bulgarian actor from the 'Game of Thrones' saga. [YouTube]

EU chief Donald Tusk warned in an emotional speech on Thursday night (11 January) against having a “game of thrones” in the Western Balkans, as Brussels seeks to encourage the region’s efforts to reform, leave behind ethnic hostilities and join the bloc.

The European Union is using Bulgaria’s six-month presidency to try to counter the influence of Russia, Turkey and other countries in its troubled backyard, which has largely fallen off the bloc’s radar in recent years. For its part, Bulgaria is trying to revive the European perspective of the impoverished but important geostrategic region.

Speaking in Bulgarian at a presidency launch ceremony in Sofia, European Council President Tusk, a former Polish prime minister, compared the history of the region to the fantasy swords-and-sex television drama Game of Thrones.

Tusk killed his speech in Sofia. He spoke Bulgarian. He mentioned Game of Thrones, Hristo Stoichkov and said Bulgaria had never lost a flag in battle.

“The history of the Balkans is more dramatic and interesting than the screenplay of ‘Game of Thrones’, even if there are no dragons in it. We would all like it if the present and future of the Balkans were less like dramatic screenplays,” Tusk said in the speech, which combined poetry, humour and historical anecdotes.

“Stability, security, prosperity — this is what the people of the whole region deserve. And the EU’s purpose is to help make this screenplay a reality,” Tusk added.

For many Bulgarians gathered in Sofia’s National Theatre, it was a very emotional moment and some of them could not suppress tears when Tusk said he, as a Pole, understood how hard they had to work “to achieve European success”.

“It is not even so much that he spoke in Bulgarian, it’s what he said, I was really touched,” said one government official.

Bulgarians: descendants of Spartacus, inheritors of oldest European statehood, never lost a flag in battle. With a Prime Minister like @BoykoBorissov, the Bulgarian EU Presidency #EU2018BG will certainly make it.

Bulgaria, Romania, Slovenia and Croatia have been the only countries from the region to have achieved EU accession to date.

Sofia hopes to use its EU presidency to reignite accession talks with Montenegro and Serbia, while helping Albania and Macedonia move closer to starting EU membership negotiations.

Foreign Minister Ekaterina Zaharieva, addressing journalists the morning after Tusk’s speech, said it was high time to put the Balkans back on the agenda.

“Those countries are important for geopolitical security. if we are not there, someone else will come, there is no vacuum. Turkey and Russia have been interested for decades, that’s why we have to show our political support, to show them that, if and when they are ready, the doors will be open,” she said.

More specifically, she said Bulgaria expected that Montenegro and Serbia will press on and open more negotiating chapters and added she thought “there is a realistic chance for Albania and Macedonia to start the talks during the Bulgarian presidency”. But she stressed once again there would be no progress unless the countries persisted in implementing reforms.

As part of its efforts to put the region back in focus, Bulgaria will also host the first EU-Balkans summit in 15 years in May. The last one was held in Thessaloniki in 2003.

But the Western Balkans, which also includes Bosnia and Kosovo, has been bogged down in local disputes and problems with graft and organised crime, mostly due to slow progress of political, administrative and economic reforms.

Russia has meanwhile stepped up efforts to reverse a series of setbacks in the region, where  Montenegro joined NATO last year and Macedonia’s new government adopted a much more pro-European stance.

“A Europeanisation of the Balkans is necessary to prevent the Balkanisation of Europe,” Bulgarian Prime Minister Boyko Borisov warned recently, using the term that denotes ‘fragmentation of a region into smaller, hostile groups’.