President Donald Trump’s special envoy for the negotiations between Belgrade and Priština told the two former Balkan foes on Friday to make major concessions that would enable them to work together and focus on the economy.

Richard Grenell met with President Aleksandar Vučić in the Serbian capital and reiterated what he had said in Priština the day before: that Kosovo must annul tariffs on Serbian imports, while Serbia must stop campaigning for the withdrawal of Kosovo’s international recognition.

The Serbian president, however, said he did not accept equating the two issues.

Grenell said his job was not to put pressure on anyone but rather to connect the two sides so that their economies – currently among the poorest in Europe – could grow.

“We are coming to connect you. I have no agenda, I will not put pressure on you, I want to connect you so that your economies grow, so that more opportunities are created for young people to stay here and to have hope. I am trying to focus on creating a dynamic in the economy while leaving the politics to you,” Grenell told a joint press conference with Vučić.

Grenell repeated that he had “made it clear” at every meeting he had held with Kosovo leaders Hashim Thaçi, Albin Kurti and Isa Mustafa, that the tariffs on Serbian imports had to be lifted, but that he was bringing a similar demand to Belgrade – that Serbia must stop its campaign for the withdrawal of Kosovo’s recognition.

That campaign must stop, we should focus on the economy, on creating more jobs, said Grenell.

Kosovo declared independence from Serbia in 2008, after being under UN supervision since a NATO bombing campaign drove Serbian troops out of the province in 1999.

Asked if it was fair to tie the demand for lifting import tariffs to the demand to end the campaign against Kosovo’s recognition, Grenell said it was not up to him to decide whether something was fair or not. He added he was trying to focus on a brighter future for the people of Serbia and Kosovo and put politics aside.

Clarifying the statement he made on Thursday, that President Trump would not allow the  Serbia-Kosovo dispute to drag on if there was no progress, Grenell said he could not predict the future but that he was optimistic.

“I feel excitement and energy because we are starting to talk and make some progress. If the two sides decide they no longer want to talk, I will go and do something else,” the US diplomat added.

“We have a different stance on the recognition of Kosovo than America and Pristina. They want that independence to be recognised, we don’t. As for the tariffs, they were introduced without any reason. And it can’t be ‘something for nothing’, it has to be something in exchange for something else,” Vučić said.

He said that Belgrade was ready for a compromise solution but that Serbia was not responsible and could not take the blame for the tariffs Kosovo imposed in November 2018.

Vučić said he and Grenell had openly discussed numerous issues burdening the Serbia-Kosovo dialogue, with a hint that the talks would continue.

He also said improving the living standards of people in the Balkans and advancing economic and infrastructural links in the region had been among the discussion topics.

Last autumn, Trump appointed Grenell as special envoy for the Belgrade-Priština dialogue. Grenell is also the US ambassador to Germany.

The appointment came after Matthew Palmer was named Secretary of State Mike Pompeo’s special representative for the Western Balkans in late August, in what some interpreted as a sign of increased interest from Washington in the Belgrade-Priština dialogue.

Others, however, said it was a signal of Trump’s commitment to achieving mutual recognition of the two countries, even though Belgrade has vowed never to recognise its former province. 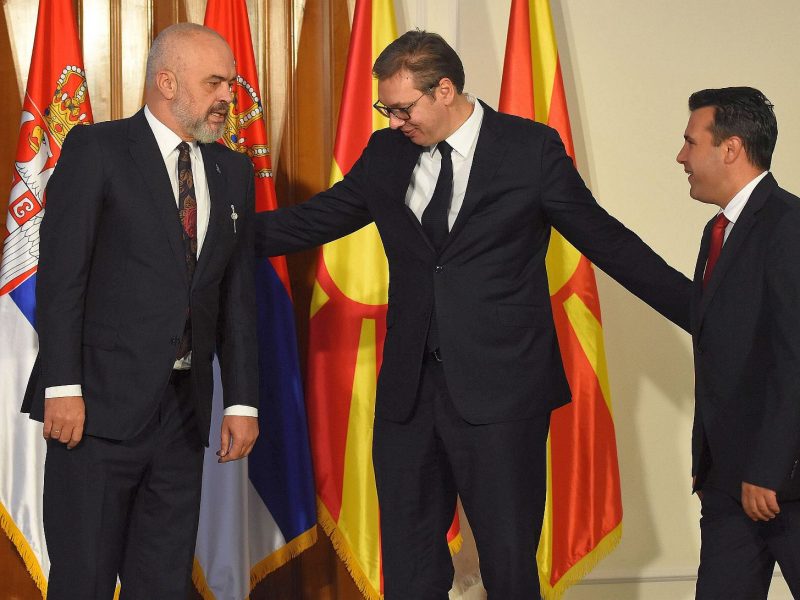 Three Western Balkan EU hopefuls, Albania, North Macedonia and Serbia, have decided to advance regional cooperation by forming the so-called “mini-Schengen” in order to improve life and the economy in the region until the EU opens its doors to them.