US envoy to press for long-delayed reforms in Bosnia 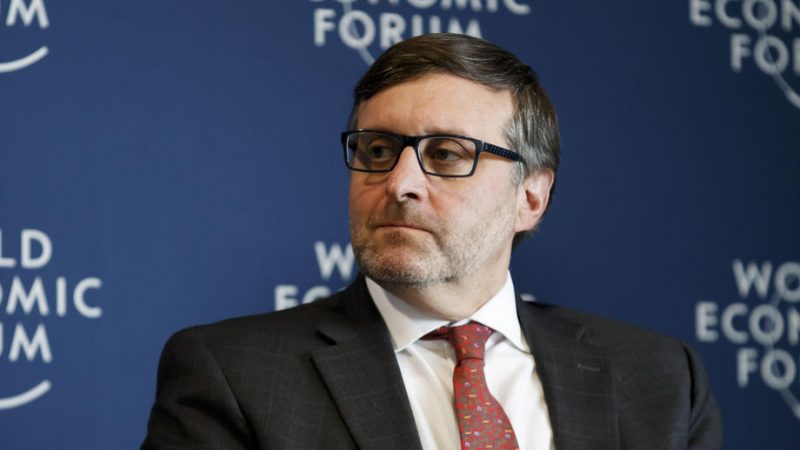 Ahead of his trip to Sarajevo, Matthew A. Palmer, US State Department's special envoy for electoral reform in BiH, spoke to several journalist in Croatia, including EURACTIV's partner Jutarnji list. [EPA-EFE/SALVATORE DI NOLFI]

Washington has sent a special envoy to Bosnia and Herzegovina to help with a long-delayed electoral and constitutional reform in the Balkan country, against the backdrop of heightened tensions among its Bosniaks, Croats and Serbs.

Ahead of his trip to Sarajevo, Matthew A. Palmer, US State Department’s special envoy for electoral reform in BiH, spoke to several journalist in Croatia, including EURACTIV’s partner Jutarnji list.

He added that no stick is needed, neither a US nor an EU one. But that means there is no carrot either.

Palmer will on Wednesday go to Sarajevo with Angelina Eichhorst, the managing director for Europe and Central Asia at the European External Action Service, the EU’s diplomatic arm, to talk about electoral and constitutional reform in BiH.

Bosnia is scheduled to hold presidential and parliamentary elections in October 2022 but it needs to pass amendments to the election law by the end of 2021 since no changes can be made in an election year.

A key problem is that Bosniak and Croat political leaders cannot agree on the way a Croat presidency member should be chosen.

Bosnian Croats complain that Željko Komšić, who is now the Croatian member of the country’s tripartite presidency, was elected with the votes of Bosniaks, who are the dominant nation in the Croat-Bosniak Federation, one of the two entities in post-war Bosnia.

“The US is deeply concerned about the situation in BiH, recent tensions and frictions and the Secretary [Antony Blinken] asked me to stay engaged particularly on the issue of electoral reform in BiH including limited, targeted constitutional reform. This is the issue the Secretary takes very seriously”, confirmed Palmer.

Bosniak analysts accuse Bosnian Croats, as well as Croatia, of being unconstructive and colluding with Bosnian Serbs in challenging Bosniaks and obstructing reforms.

Two recent meetings are likely to add more fuel to that fire.

So, presidents of two neighbouring countries, guarantors of the 1995 Dayton peace agreement that ended the war in Bosnia, met with two ethnic leaders from BiH, but not with Bosniak leaders.

Finding a balance between the concerns of the Croat community and various rulings of the European Court of Human Rights (ECHR), in particular the Sejdić-Finci rule, is the hardest problem to overcome.

The 2009 ruling – which has not been implemented  – has ordered Bosnia to remove ethnic prefixes from the election of presidency members.

Until now, only members of so-called constituent nations – Serbs, Croats and Bosniaks – can run for Bosnia’s three-person, inter-ethnic presidency.

If the ruling is implemented, any Bosnian citizen, regardless of ethnicity, could be elected for one of the presidency seats.

“It is complicated but possible to achieve a sustainable electoral model that is in line with both the ECHR ruling and the mantra of one state, two entities, three constituent peoples plus others. That remains unchanged,” Palmer told reporters.

For the electoral reform, an agreement is needed between the biggest Croatian party HDZ BiH and the leading Bosniak party, SDA.

But the constitutional reform – limited and targeted, as Palmer repeatedly stressed – needs the opposition as well because it requires a two-third majority in parliament.

“The balanced agreement would support functionality in the Federation BiH (Croat and Bosniak entity) and a stronger, more functional Federation BiH would help stabilize the political situation in BiH. And provide a kind of counterweight to Republika Srpska (the Serb entity) that the Dayton system is founded on”, said Palmer.

The US and EU are applying a wartime model, now with political means: the 1994Washington agreement that stopped the side-war between Croats and Bosniaks, opening space for a military defeat of Serbs and peace.

“This is doable. It is not easy, if it were easy it would be done a long time ago. People are being asked to make some hard choices and difficult compromises”, concluded Palmer, adding that he was convinced reforms would help BiH progress on its European path.