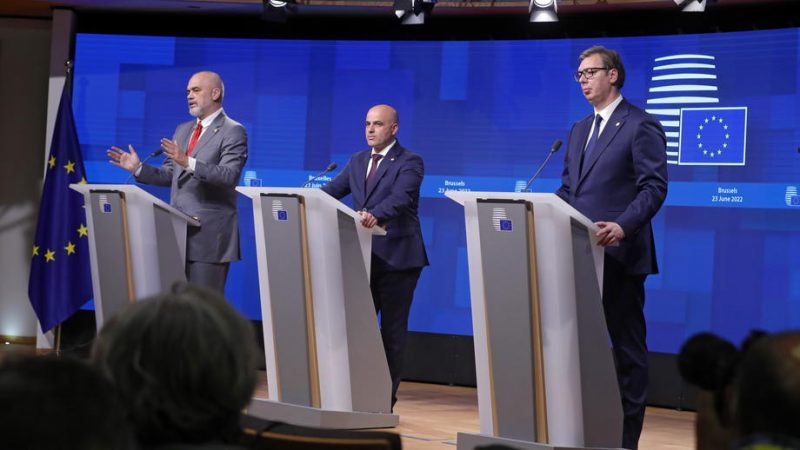 On the sidelines of the triumphant rhetoric over Ukraine and Moldova’s imminent granting of EU candidate status, EU leaders in Brussels on Thursday (23 June) faced furious Western Balkan counterparts, highly frustrated about the lack of their own progress on the EU path.

The leaders of the six Balkan countries – Albania, Bosnia, Kosovo, Montenegro, North Macedonia, and Serbia – welcomed the expected progress of Ukraine but expressed grave disillusion that their own negotiations have not started or remain stalled, almost two decades after being promised eventual EU membership.

In talks that lasted for almost four hours, the two sides were originally meant to discuss the fallout of Russia’s war on Ukraine and further strengthening of the EU-Western Balkans relations.

A draft of the summit conclusions, seen by EURACTIV, showed that EU leaders would again give “full and unequivocal commitment to the EU membership perspective of the Western Balkans” and “call for the acceleration of the accession process”.

But they are likely to fall short of any further commitments to the region.

The lack of progress on milestones for entry into the bloc has led to such a sense of disillusionment that the leaders of North Macedonia, Albania and Serbia briefly considered not attending the meeting at all.

They eventually made the journey but Albanian Prime Minister Edi Rama tweeted grudgingly that “there won’t be much to hear about” from EU leaders.

An EU official told reporters that the bloc would continue to support the region, including by offering “concrete socio-economic benefits to the Western Balkans partners already during the accession negotiations” and integrating them gradually into the EU’s work.

“The EU’s Economic and Investment Plan for the Western Balkans will provide up to 30 billion euros of investments to help the region with economic recovery and convergence with the EU, to support strategic projects that improve connectivity and resilience of the region,” the EU official said.

“The first package of 21 flagship projects, worth over three billion euros, was already launched earlier this year.”

This, however, gave a chance to the three disgruntled Western Balkan leaders to vent their anger separately.

Saying Bulgaria’s veto was a “blow to the credibility of the EU,” he continued by highlighting that his country has been stuck in the waiting room for 18 years.

Bulgaria blocked the start of accession talks with Skopje in 2020 over a dispute relating to history and language. Albania is also being held back because the EU has linked its progress to that of North Macedonia.

“We cannot be stuck in this situation because a single country fails to unblock (…) we should not allow bilateral issues to become a multilateral issue,” Kovačevski added.

Commenting on the French compromise proposal, he reiterated it would “not be acceptable to me, to me, citizens, coalition partners, president, the whole of North Macedonia.”

Continuing his defiant tone from the morning, Albania’s Prime Minister Edi Rama complained the EU was “incapable of liberating two hostages”, referring to Albania and North Macedonia, “it doesn’t make a good impression, particularly in the context of the war”.

“Even a pandemic … a threatening war, have been unable to unite them,” Rama said of the EU leaders’ disunity, referring to the Ukraine war.

“Enlargement has gone from a shared vision of community to a kidnapping vehicle of individual states,” he added.

“I feel sorry for them. I hope we can help them,” Rama said, he expressed his “deep sorrow” for the EU, saying the spirit of enlargement is “crooked”. 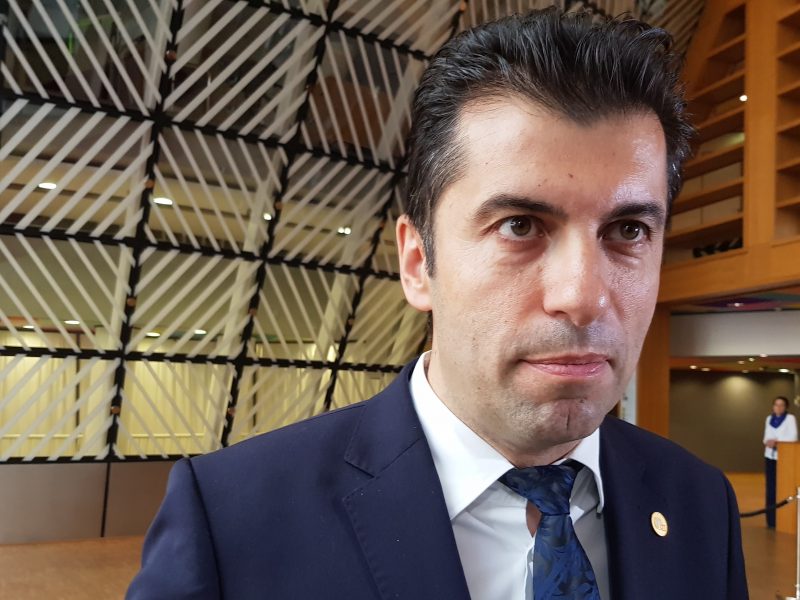 Turning his attention to neighbouring Kosovo, he described the lack of visa liberalisation  – Kosovo is the only country in the region still waiting for it – as “the other kidnapping”.

“[Europe] is a nice place, nice people, nice pictures, nice words. But it would be nicer if they delivered. One day we will become nice members of the EU,” said Rama, adding later, that if not soon, then “maybe next century.”

Bulgarian Prime Minister Kiril Petkov, who represented his country despite losing a confidence vote in parliament on Wednesday, said in the morning he hoped for support for North Macedonia in the Bulgarian parliament soon, without giving more details.

Serbia and the issue of alignment

As tensions between Russia and the EU over Ukraine remain high, Serbia has been under pressure to align its foreign policy with that of the EU and introduce sanctions against Moscow, among other things.

Russia controls the Balkan country’s oil industry and wields the power of veto that effectively blocks the recognition of Serbia’s former province of Kosovo in the United Nations.

However, EU leaders did not pressure Serbia and instead, the discussion was diverted to the Bulgarian veto against North Macedonia.

Serbia’s President Aleksander Vučić pushed back against the public perception of his country’s hesitance and in some cases, refusal to enforce EU sanctions.

“2629 articles in European media about Serbia after the Russia incursion…about Serbia jeopardising a whole region… Have you ever seen a single apology from these media?” he asked.

He stated that the Open Balkan initiative was an idea between the three countries and was not subject to any external influence, specifically denying pressure from Russia or Hungary.

Vucic said that while he does not share the same frustrations as Albania and North Macedonia, he hoped for a resolution of the difficult situation.

“They are defending their countries and national interests in a very courageous way…all of us will be in a much better mood in December, than today,” he concluded, nodding to a summit scheduled for the end of the year that will probably deal with the Western Balkans again.