A Bulgarian perspective on Serbian politics 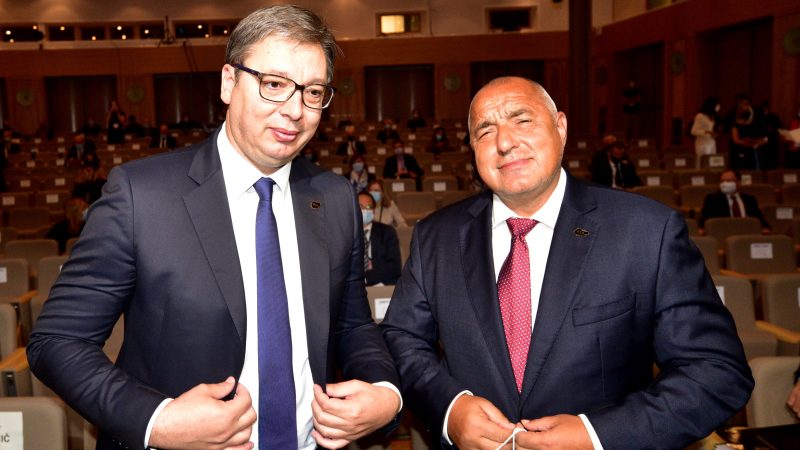 The US messages sent to Bulgaria in April and Serbia in November are equally straightforward, the only difference being that in Bulgaria, they already produced a big effect and a change of power took place, writes Antoinette Nikolova.

Antoinette Nikolova, a long-time TV journalist reporting on EU affairs, works for EURACTIV Bulgaria and has recently founded the Balkan Free Media Initiative, an Independent watchdog that monitors the media environment in the Balkans for inaccuracy, bias, and censorship.

Earlier this month several US lawmakers made public a letter criticizing the growing corruption and decline of media freedom in Serbia and called on President Joe Biden not to hesitate to impose asset freezes against certain Serbian individuals.

The reaction of Serbian President Aleksandar Vučić was strange. He said he does not fear a US asset freeze because, in his words, he doesn’t own assets abroad. Did he recognise himself as a possible target of US sanctions?

In neighbouring Bulgaria, by order signed by President Biden, the US Department of the Treasury’s Office of Foreign Assets Control (OFAC) sanctioned three Bulgarians for corruption, as well as their networks encompassing 64 entities.

The move was part of the largest Global Magnitsky action taken in a single day and it targeted Bulgarian oligarchs, one of whom is a media mogul who used to control up to 80% of the media market in Bulgaria.

This slap in the face obviously disturbed Vučić and his ruling party.

In their letter about Serbia, the US Senators point at the majority state-owned ‘Telekom Srbija’ and the private RTV Pink, which are flourishing thanks to “a mutually beneficial relationship with the government”.

At the same time, “journalists are subjected to almost daily attacks that increasingly come from the ruling elite and pro-government media”, as Reporters Without Borders found in its latest report.

This looks like déjà vu. On the eve of the 4 April parliamentary elections in Bulgaria, two US Senators wrote that “Bulgaria scored lowest in the European Union on both Transparency International’s 2019 Corruption Perceptions Index and the Reporters Without Borders World Press Freedom Index.

These rankings underscore the breadth of the challenges facing Bulgaria.” They warned that “it is imperative that the government of Bulgaria protect these values”.

Well, after 4 April the Bulgarian government of Boyko Borissov fell.

If the letter on the US-Bulgaria bilateral relationship was signed by two Senators, the one regarding Serbia was signed by seven Senators. Apart from that, their style is very similar.

“We believe the administration should take swift action to push back against the existing corruption and furthering attacks on press freedoms in Serbia. Serbia plans to organise presidential and parliamentary elections next spring.”

“We ask your administration to hold Serbia accountable to the highest standards of free and fair elections, including the campaign period ahead of the election and vote count itself”, the senators wrote on 5 November.

The same day, US media revealed that Serbia was not among those invited to the 9 December Summit of Democracies convened by the US administration.

Vučić’s Serbia is in the company of those excluded, along with Turkey, Belarus, Russia, and only one EU member – Hungary. According to the US administration, these countries do not meet “American standards of democracy.”

Just as Bulgaria didn’t – until the elections brought about change.