A new momentum for progress in the Western Balkans 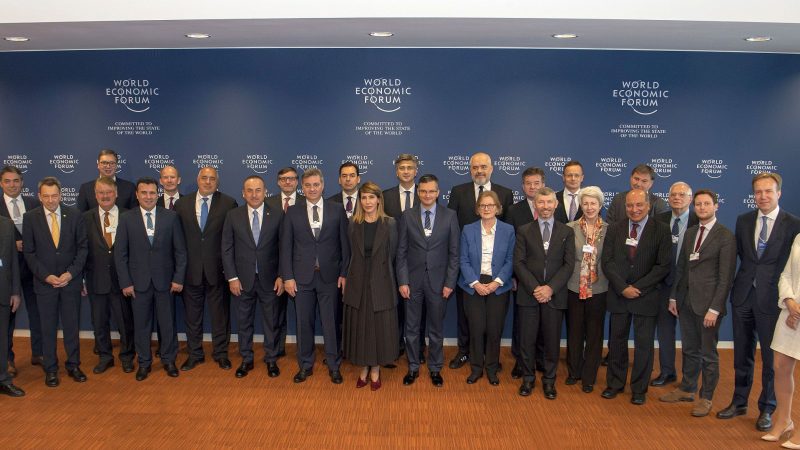 The EU decided last month not to open membership talks with Albania and North Macedonia just yet and a  broader discussion on the future of the EU is ongoing. But there is positive economic momentum in the Western Balkans, with more foreign investment coming in, and it needs to be maintained, write Borge Brende and Martina Larkin.

Borge Brende is the president of the World Economic Forum. Martina Larkin is the head of regional strategies, Europe and Eurasia, and member of the executive committee of WEF.

In the meantime, the Western Balkans nations will have to continue their strategic cooperation and adopt creative solutions to advance economic growth and stability across the six countries of the region.

There is a need to maintain the positive momentum. The six Western Balkan countries have, regardless of their recent past, witnessed an improvement in fortunes of late.

Benefiting from their favourable geographical location, skilled labour force and lower wage costs than in central Europe, the region has seen strong FDI inflows, record low levels of unemployment in the first half of 2019, strong economic growth in 2018, after two decades of steady expansion, and a landmark Regional Roaming Agreement which comes into effect in 2021.

The international business community is waking up to this potential. According to the World Economic Forum’s Global Competitiveness Report, senior executives rate the six economies positively in terms of the efficiencies of its product, financial and labour markets, as well as the level of skills available in the workforce.

This progress has been hard-won, but it is fragile: ‘record’ low unemployment still translates into double-digit joblessness, the GDP per capita across the six is still only 29% of Germany’s, not a huge amount more than twenty years ago.

There must be consolidation and further improvement, otherwise, the broader progress towards peace and stability that has been achieved may come under threat.

So where now for the Western Balkans Six? Closer ties to Europe must remain a priority but there are other ways for these economies to continue their trajectory.

Since January 2018, the World Economic Forum’s Strategic Dialogue on the Western Balkans has provided a platform for leaders and investors from the region and beyond to identify pathways for regional cooperation.

This process continues this week when more than 25 leaders meet in Geneva, including eight heads of state or government and high-level representation from key partners including the European Union, Greece, Turkey, the United Kingdom and the United States.

It will be a packed agenda. One key area for discussion will be how to address the weaknesses identified by our Global Competitiveness Report.

While markets and skills are a welcome positive for the region, much work remains to be done to create the basic enabling environment for competitiveness: strengthening institutions and the rule of law, connecting transport infrastructure, tackling corruption and organised crime.

At the other end of the competitiveness scale, greater progress is needed in preparing the Western Balkans Six for the Fourth Industrial Revolution: the innovation power and business dynamism it must harness if it is to close the gap with Western Europe.

It will also be an action-oriented agenda. To address gaps in the innovation ecosystem, the Forum, in partnership with the Regional Cooperation Council, will establish its first regional Competitiveness and Innovation Accelerator for the Western Balkans.

The accelerator will be part of a global initiative of the Forum that aims to identify and scale selected initiatives that can contribute to increase the diffusion of innovative technologies and business models and build more inclusive and sustainable systems.

This accelerator will also enable the sharing of models and best practices to improve competitiveness. For example, Albania’s success in increasing volumes of venture capital and reducing the time it takes to start a business.

Montenegro’s long-term vision that has led to it being the most respected government by the private sector. Serbia’s prioritisation of R&D which at 1% of GDP is the highest in the region.

We hope this accelerator’s work will be complemented by the creation of an Affiliate Centre for the Fourth Industrial Revolution in 2020.

Part of the Forum’s wider network of centres for the Fourth Industrial Revolution, the centre will allow the region to participate in key discussions shaping the governance of technologies that are increasingly, and fundamentally, transforming our work and our lives.

These initiatives alone will not answer all of the region’s political, economic and societal challenges but they will provide a vision of what the region is capable of when it works together.

Building on the recent success of the Regional Roaming Agreement, landmark progress on economic competitiveness and innovation and the Fourth Industrial Revolution could pave the way for greater integration and cross-border cooperation. Even a Western Balkans single market has been proposed of late.

Momentum is growing for the Western Balkans Six to build a more cohesive and sustainable future: its leaders must capitalise on this.