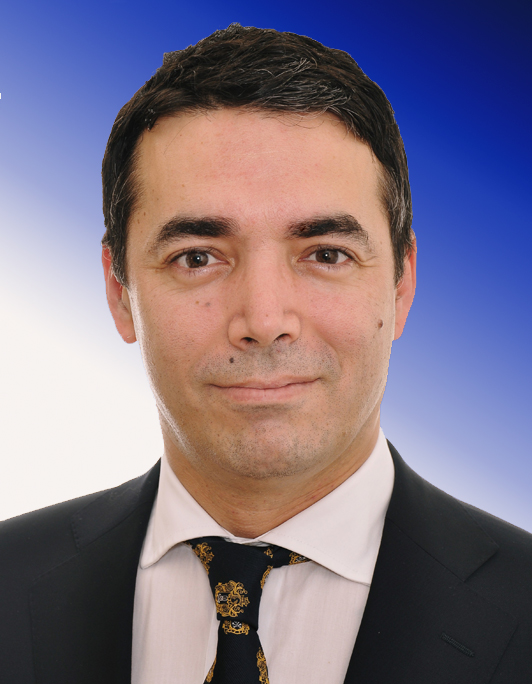 As the June 2014 EU Summit approaches, Nikola Dimitrov from the Hague Institute for Global Justice argues that it is high time to move forward on Albania’s candidate status for membership, for the sake of the Western Balkans, and for the sake of the EU as a whole.

Nikola Dimitrov is a distinguished fellow at the Hague Institute for Global Justice.

The Albanian prime minister, Edi Rama, could not be clearer about the importance of keeping the ‘European dream’ alive in the Balkans.  When I asked him, two weeks ago at the Hague Institute for Global Justice, where the region would be today without the European perspective, he answered with candor and foresight: “The Balkans can easily become what they were …,” he warned.  “But we should not be let in because we are weak,” he clarified. Responsibilities, Rama contended, nevertheless fell on both sides:  “When we do our homework, EU [member states] should also do theirs.”

European enlargement has fundamentally been about partnership. In order to sustain the progress made in the Balkan region so far and to bring stability and prosperity ‘to the point of no return’, the EU must uphold its part of the bargain.

Albania has been waiting for its candidate status for more than five years. Following the adoption of legislation to improve the workings of the judiciary, parliament and public administration coupled with elections generally deemed to have been in accordance with EU standards (and won by Rama’s Socialist Party) – in October 2013, the European Commission recommended without condition that the time for candidate status had come. EU Foreign Ministers largely endorsed the Commission’s recommendation, but decided to postpone the decision until the June 2014 meeting of the European Council. They sought a longer track record regarding the implementation of anti-corruption measures and judicial reforms and requested a special report of the Commission in this regard, which was released last week and spoke of Albania’s progress in glowing terms. “I can without any reservation, beyond any doubt, confirm the recommendation of the European Commission to grant Albania candidate status,” stressed Enlargement Commissioner Štefan Füle, based on the findings of the report.

Despite the positive signals, it is certain that the Albanian journey to EU membership will be rather lengthy and difficult. Nevertheless, it is high time to allow the country to make the first step. It is a step of symbolic importance, a message of encouragement and hope. It does not mean that opening the accession talks will follow automatically or, indeed, any time soon. Candidate status is, after all, only a preliminary stage in the EU accession process. There are hardly any strategic or long term risks associated with a positive decision on the candidate status. On the other hand, another rejection entails the risk of making the European perspective unreachable in the eyes of the Albanians and it will add another dent in the shrinking credibility of the accession process.

The EU’s enlargement policy has facilitated the peaceful transformation of half the European continent, overcome tensions over minorities and borders in central Europe, and supplied a blueprint for political, judicial and economic reforms. It has also proved to be the most effective mobilizing factor for stabilization, prosperity and regional cooperation in the Balkans. However, this potent transformational tool only works when the progress achieved is matched with corresponding political decisions in Brussels. Rejection by default leads to discouragement and weakens reform-oriented political forces, brings backpedaling on performance in the countries concerned and decreases the EU’s leverage. Just as bad is giving the aspirant and candidate countries short cuts or bringing them in when they are not ready. Both imbalances defeat the very purpose of enlargement policy.

Owing to the economic crisis and the corresponding crisis of self-confidence, with few exceptions, the EU’s business-as-usual approach to the Western Balkans has become dangerously close to no business at all, particularly with the countries seen as difficult cases or where bilateral disputes are at work.

With Euroscepticism on the rise, enlargement and migration are always the first to be blamed for problems that arise. When the dust settles, however, as the Slovak foreign minister Miroslav Lajcak pointed out in The Hague recently, research shows that enlargement has brought prosperity, and has been beneficial to both the EU and candidate member states.

There are profound and fully justified concerns with the rule of law in Albania. The key question that EU member states face this month, though, is what to do about it. Is it better to further the momentum and encourage Prime Minister Rama’s government that is manifesting “political will … to act decisively in the fight against corruption and organised crime”, “… commitment to a comprehensive judicial reform” and making progress in these areas, as stated in the report of the EU executive? Or they will be willing to contemplate and run the risk of where the Balkans would be without tangible European perspective?