America’s new instrument in the Balkans 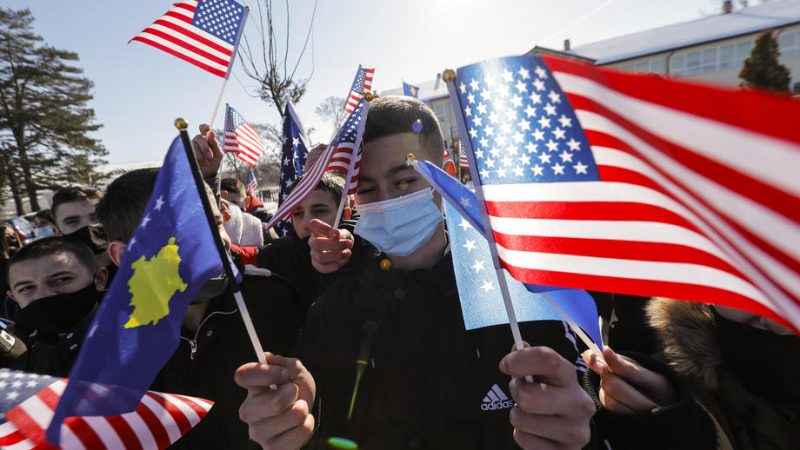 The ‘European way’ in the Balkans has led to an excessive waste of time in achieving the strategic goals of bringing the region into the Western structures, and consequently, the new US administration will now try to make up for it, writes Orhan Dragaš.

Dr Orhan Dragaš from the International Security Institute is the author of the book “Two faces of globalisation – truth and deceptions”.

“America will do everything, and it will help you, in every way, in your efforts to become part of Europe. There is no limit to the amount of that assistance”.

These were the words of Colin Powell addressed to Serbia and Montenegro on 2 April 2003, three weeks after the assassination of Prime Minister Zoran Đinđić, when the then Secretary of State suddenly visited Belgrade.

It is a timely tribute to Colin Powell to look back, and forward, at the American policy towards the Balkans. But there is also interesting news.

Major personnel reset of the American diplomatic team in charge of the Balkans is underway.

New ambassadors are arriving in Belgrade, Pristina, Sarajevo, and possibly in Podgorica, and they are being sent from Washington by the newly appointed “boss” for the Balkans at the State Department, Gabriel Escobar. These few people have more than a hundred years of joint experience in the Balkans.

We should not say that America is “returning to the Balkans”, not only because the wording is worn out, but also because it is incorrect.

If America had not really been in the region in recent years, Croatia would not have become a member of the EU, nor would the entire Western Balkans, except Serbia and BiH, be in NATO today.

North Macedonia would have its old, shorter name, but would still be isolated and blocked for any integration. Montenegro would be shaken by internal conflicts, not for one year but for at least a decade, and Serbia and Kosovo would be very far from any dialogue, and literally pitted against each other.

The new US team for the Balkans will no doubt have the task of speeding up the completion of some unfinished business.

Leaving it to the European Union in the past, America tried to leave the “calming” in the post-conflict period in the Balkans to the master of “soft power”, who has the greatest interest in it.

However, the European way led to an excessive waste of time, and consequently to the blurring of a goal that should have remained crystal clear until its final fulfilment, and that for the entire Balkans to be integrated into the EU and/or NATO, which is America’s long-standing undisguised interest.

The new American approach in the Balkans will primarily focus on resolving the two main crisis areas, namely Kosovo and Bosnia and Herzegovina.

That will be the focus of the new ambassadors in Belgrade, Christopher Hill, in Sarajevo, Michael Murphy and in Pristina, Jeffrey Hovenier, as well as their colleague in Washington, Gabriel Escobar.

Their expertise is outstanding, but it will certainly not be enough to get the job done. The new US policy will need to be creative and authoritative enough to bring progress. What could that mean in practice?

Although each of them individually has personal experience from the war or from post-war years in the Balkans, the new diplomatic team should not be expected to stick to old models. Christopher Hill was in Rambouillet and was a high-ranking diplomat during the 1999 Kosovo war, but he will not bring Rambouillet to his new job in Belgrade.

The US interests are the same as they were two decades ago, but there will be other means to achieve them.

It is clear that the mission of Christopher Hill and others from the team in the Balkans will be a combination of decisive diplomacy, boosted by punishing local politicians and key players by individual sanctions, as an important segment of Biden’s foreign policy.

After Afghanistan, America will not be able to describe itself as a “world policeman”, but to a great extent, it does play the role of world prosecutor.

After Afghanistan, however, it will be difficult to rely on NATO in this new policy.

Montenegro is a good example that cohesion in NATO was weakened even before the withdrawal from Afghanistan, because the arrival of the new government in Podgorica also marked Russia’s deep penetration into the affairs of this NATO member, to which the Alliance had no answer, except for occasional impersonal statements.

That is why Gabriel Escobar recently stated very openly that the United States (therefore not NATO) had various diplomatic and political mechanisms to oppose Russia’s influence (but also Serbia’s destructive actions) in Montenegro, mentioning individual sanctions and political isolation.

With its new team in the Balkans, America will act alone and in its own name, and if it needs assistance in anything, it will find it in the EU (Belgrade-Pristina negotiations), NATO (Montenegro) or in a specific Western ally, for example, Germany, when it comes to Bosnia and Herzegovina.

And it probably won’t leave the “job” to anyone else until it’s finished, in the sense that Colin Powell spoke about.