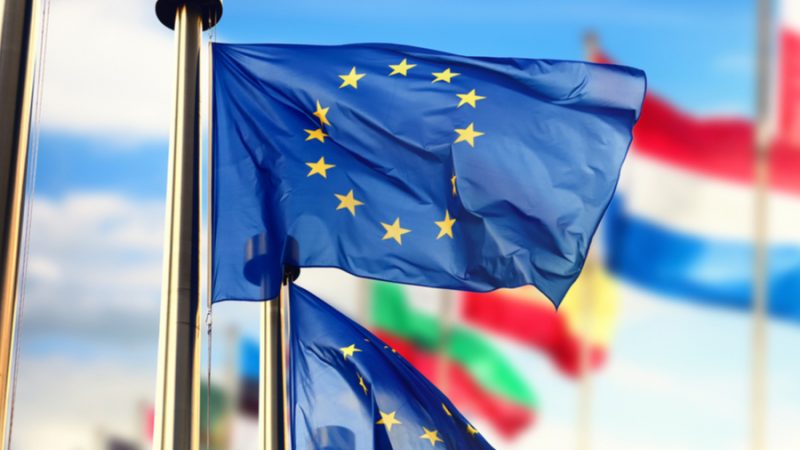 EU enlargement must be conceived of and executed as a geopolitical expansion. Photo: Shutterstock, symbiot

As this year’s events have shown, hesitation about EU enlargement is short-sighted and potentially very dangerous. The bloc’s enlargement must be conceived of and executed as a geopolitical expansion, write Pavlína Janebová and Pavel Havlicek.

Pavlína Janebová is a research director at the Association for International Affairs (AMO) in Prague, Pavel Havlicek is a research fellow of AMO.

Russian aggression in Ukraine has fundamentally changed the context of EU neighbourhood policy. It prompted the three EU-associated countries – Ukraine, Georgia and Moldova – to submit their formal applications to join the club.

The EU, however, has been reluctant to make concrete membership promises to the neighbouring states based on the need for the EU first to consolidate itself, work out its internal problems and make sure that the Union is indeed united before taking in a bunch of new states.

The events following 24 February have shown – or rather confirmed – that face to face Russia’s malign vision of the international order, such hesitation is short-sighted and potentially very dangerous.

EU enlargement must be conceived of and executed as a geopolitical expansion.

The EU must recognise that its security is inseparably linked to its ability to project its strength and decisiveness in offering its Eastern European neighbours a clear membership perspective and thus unequivocally signal to Russia its readiness to defend its preferred international order in Europe, i.e. one based on values of freedom and democracy.

That does not mean accepting all three associated states right at this moment, nor that the EU should compromise on the democracy and economy requirements anchored in the Copenhagen criteria, which the states at this moment by no means fulfil.

The eventual goal, full EU membership, however, has to be spelt out in clear terms.

In the medium term, the EU and the countries must use the existing framework of the Association Agreements (AAs) and Deep and Comprehensive Free Trade Areas (DCFTAs) to become ready for full-fledged membership.

The starting points are not the same for all three mentioned countries. Politically, being the victim of unprovoked Russian aggression, Ukraine has an indisputable moral ground for the asking to join the EU. Its acceptance would also carry the biggest political weight in the West’s approach toward Russia.

The other two countries, on the other hand, have not joined the sanctions imposed as a consequence of the invasion.

In Georgia, the problem of the deficits regarding democracy and the rule of law standards are a bit more severe than in Ukraine and Moldova, especially given the declining trend.

While the economic situation in each country is far from the EU standards, it is clear that the costs of post-conflict reconstruction in Ukraine will be enormous. Furthermore, all three countries lag in some of the EU’s most crucial agendas, like, e.g. the rule of law, the fight against climate change or digitalisation.

On the other hand, however, in the framework of the Eastern Partnership policy and the AAs and DCFTAs, the three countries have gone a long way in the past years to approximate themselves to the EU. It is apparent that there is further potential for them in this respect.

Besides the security aspect mentioned above, integrating Ukraine, Moldova and Georgia would – after meeting all the necessary criteria – mean a considerable expansion of a single market, thus economically benefiting the Union and its business sector.

Especially in the case of Ukraine, integration of the huge agricultural sector to the single market would – despite likely grievances from some EU member states – contribute to the EU’s food self-sufficiency, potentially also concerning third countries.

So, what to do next?

It is clear that the EU needs to mobilise political will to act.

In this context, however, Emmanuel Macron’s recent proposal on creating a wider “European political community” sounds like an attempt at having the cake and eating it too – and by no means sends the necessary strong signal to Russia with its alternative vision for the region.

Together with the concept of the future of enlargement and relations with Ukraine presented by Austria, it illustrates that the EU is far from reaching a common understanding of how to cooperate with Ukraine and other Eastern European countries in the future.

Therefore, there is a profound need for more in-depth discussions between the like-minded group of countries from Central and Eastern Europe, which have already endorsed the Ukrainian future accession aspirations, and the rest of the EU represented by Emmanuel Macron, Karl Nehammer or Olaf Scholz.

One of the opportunities is going to be present before and during the Czech EU presidency of the Council of the EU, particularly during the European Council meeting on 23-24 June, which is ready to help to facilitate the process towards the initiation of the accession talks, Eastern neighbourhood being a long-time Czech priority.

However, due to its position as an impartial moderator – honest broker, it needs to look for allies to instigate these debates.

This opens up an opportunity for Poland, Sweden, and other like-minded partners convinced that it is actually important to further integrate the Trio of Associated Countries of the EU into the European block.

However, at the same time, this requires a comprehensive plan and well-crafted tactics on how to persuade the states that are less interested in getting Ukraine, Moldova and Georgia closer to the EU while rebalancing the enlargement policy and mediating with the Western Balkans countries waiting in the line for quite some time already.

The EU finds itself in an unenviable situation due to the Russian actions in Ukraine and needs to catch many birds simultaneously.

As difficult as the current crisis is, it proves transformative for the foreign and security policy of individual states, of which Finland and Sweden and their NATO accession is the best example. As for the EU, it might – and it should – be the push towards a more decisive role in the regional and international arena.