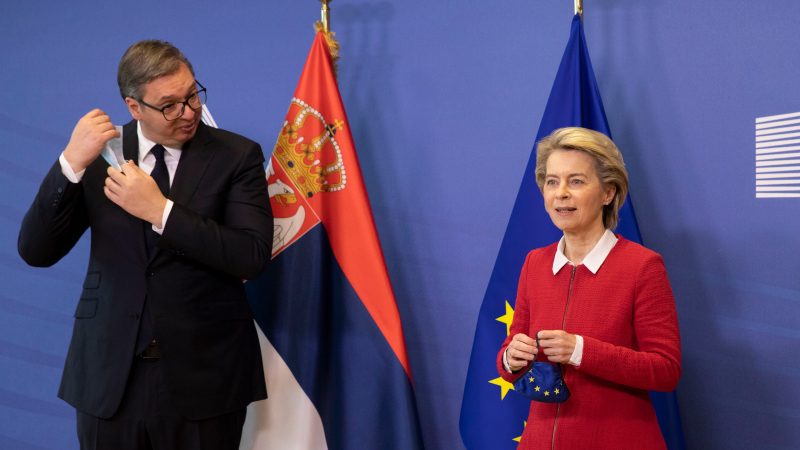 With regard to EU enlargement, the citizens of the Western Balkans, but also many EU citizens, expect EU institutions and the member states to abandon hypocrisy, writes Aleksandra Tomanić.

Aleksandra Tomanić is Executive Director, European Fund for the Balkans

In 2018, the European Commission stated that across the Western Balkans, “the countries show clear elements of state capture”. An important assessment, long overdue. However, nothing happened in the aftermath.

The European Commission did not provide precise information about the roots and consequences of “state capture” in the individual countries, did not offer a roadmap on how to reduce state capture, on how to recapture democracy, and there were no consequences for the rulers of the captured states. On the contrary. Strongmen across the region continued to be praised, supported and visited; business as usual continued with them.

Just recently, Politico published insights into the captured enlargement portfolio of the European Commission. The gist was that the incumbent commissioner in charge of EU enlargement in the Western Balkans apparently prefers to avoid criticising the authoritarian rulers in the region. Not a surprise for anybody following developments since the decision to give such a sensitive portfolio to nobody else but to a party affiliate running a country with own rule of law issues.

Enlargement policy for a long period was seen as the soft power of the EU, as its strongest transformation tool. It was a success story in Eastern Europe, although in some cases a short term one, as now it is increasingly becoming visible.

And then the portfolio goes to the rule of law troublemaker. Fair enough, back then, still part of the EPP family. Their agenda remains unclear.

So, the developments on sugar-coating certain countries were predictable, one could argue. However, when Commission President von der Leyen visited the Western Balkans recently, the impression emerged that the problem is far bigger.

Shockingly, she praised one particular strongman whose country is constantly dropping on all international rankings regarding democracy, human rights, media freedoms, a country that needed an EP mission to negotiate a fair election framework. Von der Leyen praised this strongman for “amazing progress” on fundamental reforms under his watch.

EU enlargement policy is in deep crisis since many years now. No technical reform of the enlargement process, no new methodology, no stages will help overcome the stalemate. Evidently, most EU members have lost the political appetite and will to fulfil their own promises. Whichever way you put it, the enlargement travails are essentially a political process. It has never been and will never be just a series of technical steps. Window-dressing with “new methodologies” will not get us anywhere.

We must start noticing the elephant in the room if we truly want to unlock this dead-end. Otherwise, the price of different interest, party families and internal EU shortcomings will be paid by the poorest and politically most fragile states in the inner courtyard of the EU – the Western Balkan countries.

Let´s stop spreading fear about further “enlargement”. What we are talking about is completion and ensuring peace. The promise of peace. Looking at the current state of the EU, this reminder from the Western Balkans could be nothing but helpful. The citizens of the Western Balkans, but also many EU citizens, expect EU institutions and the member states to abandon hypocrisy and to act in accordance with their proclaimed values and geopolitical goals.

Enabling a democratic setup and the rule of law in the Western Balkans should be a priority.