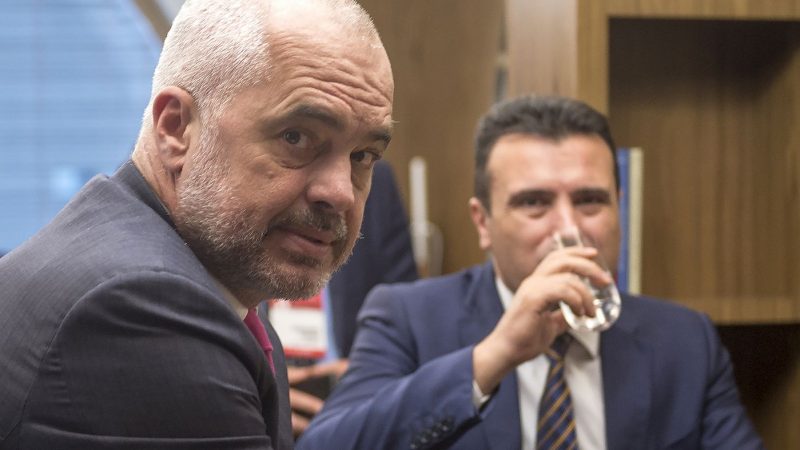 Akri Çipa is a researcher and foreign policy expert and consultant from Tirana, Albania.

The decision has significant consequences and will show much about the tactics, strategy, and the even conscience of the bloc.

Recent reports have stated that the decision concerning the opening of accession negotiations with the two Balkan countries will be delayed to next year. The problem is that this delay is becoming a perpetuity as the decision has been delayed before already.

Another delay now will cement EU’s indecisiveness and, in the eyes of the local populations in the Balkan peninsula, both the inability and the lack of desire of the EU to open its door for one of the last parts of Europe that is still not integrated into the common European project.

Countries such as Albania, Montenegro, Kosovo, North Macedonia have aligned their foreign policy and made complex and painful internal reforms in line with EU expectations.

This is the normalcy for countries aspiring and expecting to join the union. But, if now the EU shuts the door in the face of Albania and North Macedonia, many will start to wonder about whether there is no vindication for the painful decisions and reforms made so far.

The argument was that these painful decisions were needed to move closer to the European Union. This is the case of now-North Macedonia that resolved a decades-long dispute with Greece over the official name of the country. As it is the case of Albania, which is still undergoing a transformational process of the judicial system.

If the block delays the opening of accession negotiations again, it would implicitly emphasize that there is an insurmountable distance between the EU and the Western Balkans in the foreseeable future. This decision would risk the EU’s leverage over the Western Balkan countries.

This would constitute the first downside of the decision to delay the opening of accession negotiations: a tactical one. We might see new initiatives and decisions by the Western Balkan countries that are not in line with the expectations and interests of the European Union. To make carrots and sticks work, you need to give carrots.

The consequences of the hesitation from the EU member states now would be translated also in strategic miscalculations. Decision-makers in Brussels and in European capitals downplay influences of other foreign actors in the region.

To varying degrees and forms, countries such as Russia, China, and Turkey pursue agendas in the Balkans that diverge significantly from that of the European Union. Russian interference, Chinese investments, and Turkish paternalism towards the region pose competitive challenges for EU’s interests in the Balkans.

By delaying now the start of the accession negotiations – which is just a start, as the accession in itself will take years – the EU will send a message about its strategic long-term planning.

It would say to the countries of the region that they are not in EU’s projects for the moment being. And the message that these countries will get is that they need to start looking around for other options that would suffix the EU’s hesitancy in the short term.

Lastly, the decision about Albania and North Macedonia says a lot about the ability of the EU to keep its word and to deliver to the Balkan countries that have subjugated the minds and hearts to the European project.

Of course, the region faces significant challenges with democratisation, corruption, rule of law, and economic development and competitiveness. Yet, as it has been stated, the opening of the accession process is not an end, but merely a beginning.

If, eventually, the EU Council decides to delay its decision again, it would also discredit, again, the recommendation of the European Commission itself, which supported the unconditional opening of the negotiations with Albania and North Macedonia in May 2019.

The lack of decisiveness from the EU Council would not only fail Albania, North Macedonia, and the other Balkan countries that hope to join the EU in the foreseeable future. It would also fail the will of many EU member states that strongly support sticking to the commitments that the EU made in the region.

It would fail also the very institutions of the EU itself. It would show the bleeding and internal lack of cohesion of the European project on matters that, up to a decade ago, were addressed determinately and consensually by the union.

The consequences of not opening the accession negotiations with Albania and North Macedonia will go beyond the disappointment that characterised the previous delays. The EU is still in time to not let that happen.