By Donika Emini and Zoran Nechev

Kosovar citizens walk in the 'Mother Teresa' square decorated with Kosovo and EU flags in Pristina, Kosovo on 5 May 2016. The European Commission proposed in Brussels on 03 May 2016 visa-free travel for the citizens of Kosovo. [EPA/VALDRIN XHEMAJ]

Visa liberalisation for Kosovo could prove crucial in maintaining leverage for the region, while alllowing for more time to seek a sustainable solution with Serbia, writes Donika Emini and Zoran Nechev.

Donika Emini is a researcher at the Kosovar Centre for Security Studies (KCSS). Zoran Nechev is the head of the Centre for EU integration at the Institute for Democracy ‘Societas Civilis’ and member of the Balkans in Europe Policy Advisory Group (BiEPAG).

The political climate is changing in Pristina amid discussions on the ‘correction of borders’ idea and what president Hashim Thaci is calling the ‘historical moment,’ to address the demand of Albanians in Presevo, Medvedja and Bujanovac to join Kosovo. In these circumstances, the European Council needs to reach a clear decision on the visa liberalisation process for Kosovo.

This positive decision would be a well deserved EU reward for a long process of reforms in the country: A sustainable track record in the fight against organised crime and corruption, improved results in readmissions, irregular migration and asylum seeker numbers, and finally, the ratification of a demarcation agreement with Montenegro.

Such a decision would have a positive impact on the EU’s leverage and would further strengthen its image as a reliable partner on which Kosovo authorities can count on in the dialogue with Serbia.

Furthermore, it would show that the EU can also deliver once a partner country fulfils the criteria. More importantly, having a decision sooner rather than later, could be decisive in diminishing the increasing nationalistic tendencies in Kosovo. 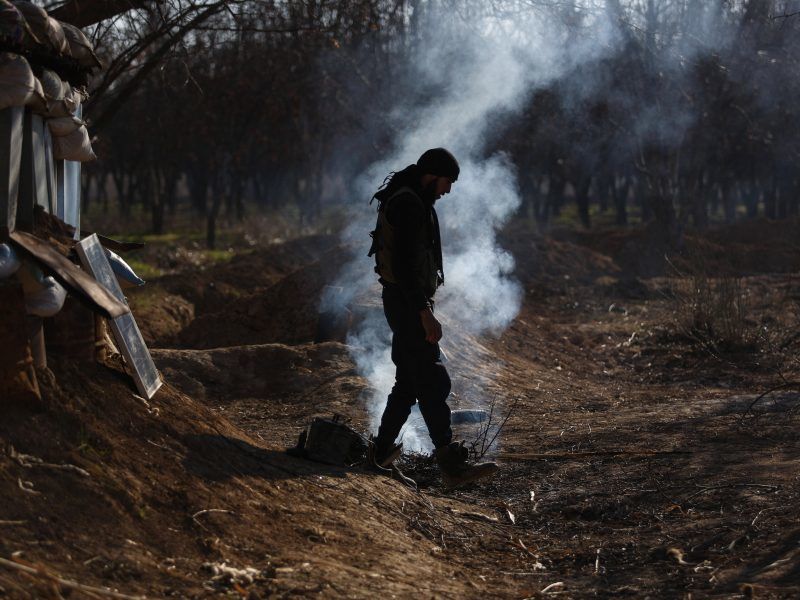 Closer ties to the West are the most effective tool to counter jihadism and Islamic radicalisation in the Western Balkans, experts told a conference in Brussels this week. Meanwhile, concerns about returning foreign terrorist fighters remain.

Last month the European Parliament voted in favour of visa-free travel for Kosovo citizens. The number of votes endorsing the positive decision (420) was higher than expected.

However, the lack of support of MEPs from France, Spain and the Netherlands, in addition to Cyprus and Greece, can be a signal of the mood in these countries and an indicator of what can be expected from the Council on the issue.

In order to see the light of the day and transfer Kosovo to the whitelisted countries, the decision requires a qualified majority of 55% of member states, representing at least 65% of the EU population.

The decision will need to be reached jointly by EU ministers for internal and foreign affairs in order to approve the action in the Council. In this case, no single EU member holds the power of veto.

However, if several member states object, it will most likely be postponed to a more favourable period in 2019.

And given the behaviour of France and the Netherlands – postponing the start of accession negotiations with Macedonia and Albania for after the European elections next year – it is increasingly apparent that this might also be the case with the decision for Kosovo.

The public in Kosovo should be made aware of this possible delay, as the expectations are rising by the day. The frustration among citizens will be even higher, knowing that the EU accession process is stuck and no decision is expected for the foreseeable future.

This will give nationalists the necessary setting to push for ‘creative solutions’ with Serbia, acknowledging the EU weakness to deliver on its own promises.

Besides the political reasons behind any decision on this issue, there are other, more technical issues such as readmission statistics, irregular migration, asylum seeker numbers and the country’s track record in the fight against organised crime and corruption.

The fear of a potential massive emigration from Kosovo to a Europe that is still recovering from a wave of migration in late 2014 and 2015 exists and might be misused or used extensively by populist parties.

Compared to the political decision of the Council, the situation here is much clearer and it is in the hands of the Kosovo government. This is where the government should be loud and clear.

The raising awareness campaign on the rights and responsibilities that come with the visa-free regime to the Schengen zone, in addition to the preventive measures taken in the last years, resulted in a significant decrease in the number of Kosovo asylum seekers to EU countries from 67,545 in 2015 to 5,455 in 2017.

In addition, the readmission numbers also decreased, from 18,789 in 2015 to 4,509 in 2017. Moreover, according to the Eurostat, in 2018, Kosovo has not been listed among the top 30 countries with the highest number of first-time asylum seekers.

This shows significant progress since 2014 and 2015, when Kosovans topped the list alongside Syria, Afghanistan and Iraq.

The government in Pristina is also faced with distrust and disbelief among a number of member states about its seriousness and achievements in the fight against corruption and organised crime.

This is especially important following the Council decision to refocus the mandate of the EU rule of law mission, EULEX Kosovo, and to end the judicial part of the mission’s mandate.

A European Commission report released in July said Kosovo fulfils all the benchmarks set out in the Visa Liberalisation Roadmap. The positive opinion comes as a result of two years of political struggle to meet the last two benchmarks, the ratification of the border demarcation agreement with Montenegro and a sustainable track record in the fight against crime and corruption.

The implementation of the former caused considerable internal political turmoil in Kosovo with unpleasant images of tear gas attacks by the opposition (AAK, VV) in the Parliament. It was used by them as a venue to bring down the existing government.

Once in power, Ramush Haradinaj’s AAK and the new coalition government did not object to the agreement and it was duly ratified.

Following the drama being played around a possible exchange of territory between Kosovo and Serbia, for the citizens and the international actors involved in the region, the visa liberalisation for Kosovo citizens will be quite refreshing, something ordinary people have been hoping for, for a long time.

It might be the only tangible result coming from the EU for the foreseeable future and could prove to be the decisive element for the EU to maintain optimism about accession, while providing additional time to seek a sustainable solution with Serbia.

*The opinion is part of the wider research supported by the Kosovo Foundation for Open Society in the context of the project ‘Building Knowledge about Kosovo (v.2.0)’, whose findings will be published soon.