How is corruption investigated in Serbia: The Krušik case 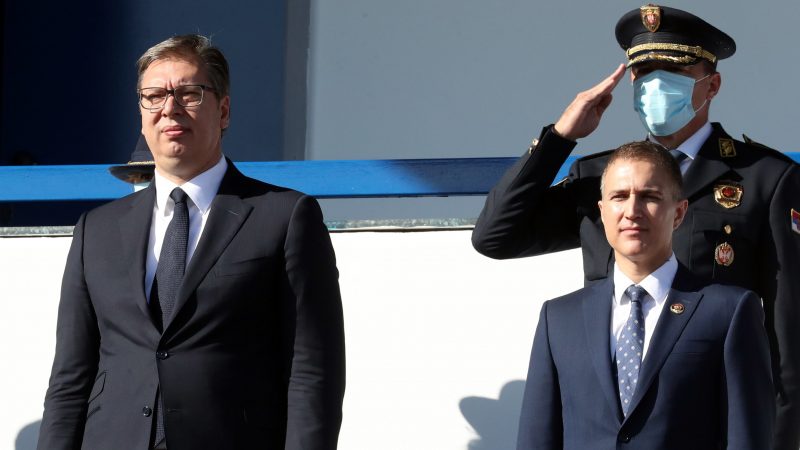 In Serbia, corruption is investigated only in rare cases when it suits the country’s president, Aleksandar Vučić, as the Krušik arms export scandal shows, writes Svetla Miteva.

Svetla Miteva is a Bulgarian journalist specialised in the Western Balkans, working for more than 30 years with the Bulgarian Telegraph Agency BTA.

After three years of silence, the Serbian office for the fight against organised crime has finally started an investigation into alleged corrupt deals at a Serbian arms factory.

The obvious reason is that Defence Minister Nebojša Stefanović has fallen from grace. Apparently, Stefanović’s power in Belgrade had become too big to be tolerated by Vučić.

The investigation is looking into the state-owned company Krušik, suspected of making unprofitable deals with private arms traders, including the company of Stefanović’s father Branko. Before the Serbian anti-mafia personnel launched the probe, only timid pre-trial proceedings had been conducted.

The special anti-mafia police unit must now investigate allegations that the private company GIM had bought weapons at preferential prices from Krušik.

The Krušik export scandal rattled Serbian leaders almost two years ago. In September 2019, Aleksandar Obradović, a Krušik employee, was arrested at his workplace at the Valjevo plant. He was accused of disregarding professional secrecy by providing journalists with files alleging abuse of arms exports.

Obradović spent three weeks in prison and then two months under house arrest. He was released on 18 December 2019, after protests and a petition for his release signed by 25,000 citizens.

Shortly before Obradović’s arrest, an investigation by the Balkan Investigative Reporting Network (BIRN) revealed that Branko Stefanović had acted as an intermediary in the arms deals between Krušik and a private company in Saudi Arabia.

GIM had been buying weapons at a price even lower than that for Serbian state-owned arms companies. Before becoming defence minister, Nebojša Stefanović was the interior minister from 2014 to 2020, while his father died of COVID-19 in 2020.

Only after an inspection by the Military Security Agency (VBA) and the Security and Information Agency (BIA), did the prosecutor’s office request a special investigation by the anti-mafia police unit.

The Krušik affair was mentioned in the European Parliament’s report on Serbia, published in March. The latter underlines that several high-level corruption scandals have not been investigated. Krušik, Telecom Serbia, Savamala and Jovanjica affairs were specifically mentioned.

Nebojša Stefanović was one of President Vučić’s closest associates but in recent months he has been subjected to a negative campaign by state-backed Serbian tabloids.

He was accused of wiretapping Vučić and plotting against him while serving as interior minister. In addition, he is suspected of having ties with the so-called Belivuk group – a criminal drug trafficking ring.

Stefanović resigned from his high-level post in the Serbian Progressive Party in May, amid continuing speculation about whether he will remain defence minister.

Meanwhile, a series of explosions hit another weapons factory in Serbia last week. The blasts at the Sloboda ammunition factory in Čačak continued in the night on Monday (7 June).

Fortunately, no workers were killed, but this is yet another proof of the continuing carelessness in the Serbian arms industry. In 2003, three workers lost their lives at the same plant, and in 2010 another explosion took place – without any casualties. The cause of the explosions is still unknown.

Vučić estimated the damage at Sloboda at €1.5 million. Analysts point out that the explosions took place in a finished goods warehouse and not in the production plants, which was what saved people’s lives.

Someone will have to take responsibility, and Stefanović is likely to carry the can.