How to boost public support for the EU – the Montenegrin case 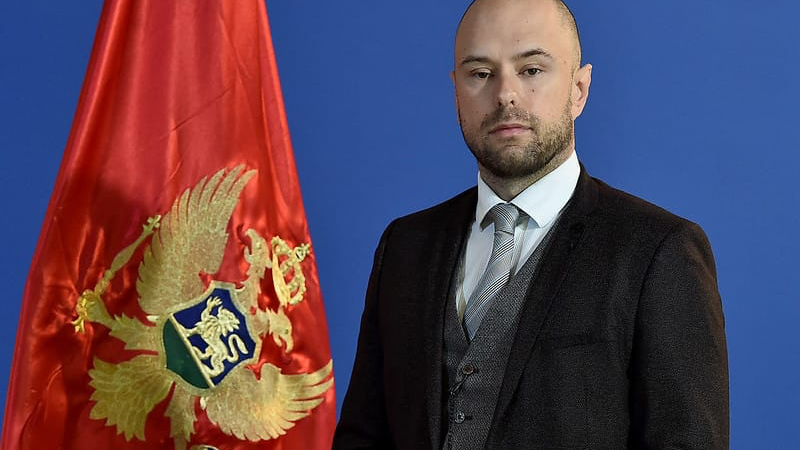 Despite fears that Montenegro’s new ruling coalition, which ousted the previous pro-Western government last year, would lean towards the east and marginalise the EU, this has not happened. Djordje Radulovic explains what can be learned from this in order to curb anti-EU sentiments across the Western Balkans.

Djordje Radulovic is the Minister of Foreign Affairs of Montenegro.

Before elections in Montenegro last year, the EU was told that a pro-Western incumbent was facing off against an opposition that would look east. The government lost that vote. Yet since the elections, the formation of new administration and its first 100 days in power, support for the bloc has grown substantially.

Why this is the case holds lessons for how to hold back anti-EU currents in the Western Balkans.

More than two years ago, in December 2019, support for membership to the European Union stood at only 66% – a fall from previous years. Now, after a change of government, it has risen to 75%. Meanwhile, those that have a negative attitude of the Union has decreased by 5 points to 18%.

First, there are those whose support of the EU has not changed. Whilst the former ruling party – the Democratic Party of Socialists (DPS) – draped themselves in the EU flag, this did not mean those who opposed them were against membership.

Still, this is the story they liked to tell. It allowed them to present themselves as the party holding out against the tides of anti-EU sentiment. It was them – with the sluggish reform and corruption that entailed – or an unknown coalition.

Some believed it better to have the former than risk the latter, without looking at the overlapping affiliations and loyalties in the country. Better the party you know.

But a simple divide between East and West, on which other issues of identity, tradition, and religion neatly align, was never there in fact. The largest constituency in the elections was for those who sought a change from the ruling party of 30 years.

This brought together a broad coalition, united primarily by their opposition to the DPS. Naturally, it also included the vast majority that supported the EU pathway.

They saw that the former government’s feet dragging on corruption, organised crime and rule of law was now posing a barrier to membership. For them, accession was no longer something they believed the DPS could deliver.

Second were those who have grown apathetic to the process, largely for it stalling on the lack of reform. When the question of membership was posed, their stance slipped into the grey zone of “don’t knows” in polling.

Now a major barrier to accession – a government unwilling to make the necessary changes – has been replaced, support has bounced back. Disillusionment has lifted. Membership once again appears tangible.

A recent meeting between the new Prime Minister and the EU special envoy for Belgrade – Pristina dialogue and other Western Balkan regional issues is a case in point. The envoy said, “The European Commission has said that by the end of its current mandate, one country could end negotiations and that Montenegro is the best candidate”.

The peaceful democratic transfer of power, the first in Montenegro’s history, was cited as part of the progress. But it is this kind of language that rekindles the flame in the belly.

Then there is the final group that previously opposed EU membership. When so many voters were desperate to see the back of the DPS, some had reached the stage of simple opposition to everything they said they stood for.

This knee-jerk reaction dissipated when the opposition won, and politics became more nuanced – with voters able to take stock of the issues, such as the geopolitical direction of the country, free from the fog of party politics. This has been clarified by the government’s clear statements and actions to prioritise further western integration.

The polling shows that if a referendum was called now, as many as 86% of those who turned out would vote for Montenegro’s membership in the EU. It is a lesson of what can be achieved in terms of improving public opinion for the EU and western integration.

Having a government that is not only supportive in words but also in deeds is, in turn, reflected in opinion. It shows that support for EU accession is inseparable to experiencing improvements in governance – particularly those that better qualify Montenegro for membership.

It also demonstrates that those voters who may have previously harboured doubts for historic or cultural reasons can be persuaded once a government they trust clearly communicates the benefits of joining.

At the same time, the new Montenegrin administration explained why no other path is feasible. Breeding understanding, it has helped pull the country together in the common pursuit of this goal.

And it’s a reminder to those outside the country that issues of identity, tradition and religion do not simplistically align with EU support. But those that wish to undermine EU support – in any country – shall try to cast it in these fault-line formulations.

Cognisance of the trap can help us to combat anti-EU currents more effectively.