The Brief – An alternative to accession 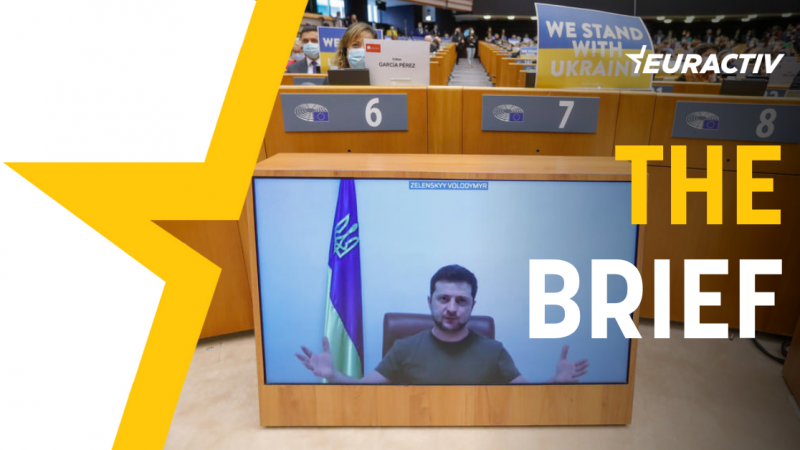 Politics, famously, is the art of the possible. And the EU’s history suggests that when major reforms are rushed through, be it enlarging the bloc or introducing the single currency, a significant price is paid a few years later.

Romania and Bulgaria joined the EU before their legal and political systems were ready. That is not criticism but realism.

Political unions of 27 countries cannot, by definition, be agile creatures. So while it may seem politically expedient right now to fulsomely support EU accession for Ukraine, leaders are surely kidding themselves – and Ukrainians – by suggesting that this could happen in a couple of years.

In truth, as reports from EURACTIV’s network indicate, only about a third of the 27 EU members are unconditionally supportive of Ukrainian accession.

That should come as no surprise. EU accession is a lengthy process. It is already hard to imagine any of the Western Balkan states joining the EU before 2030 and they start from a more advanced position in terms of adopting the EU legislation ( the acquis) than Kyiv.

Ukraine’s President Volodymyr Zelenskyy said last week Ukraine did not “need alternatives to EU candidacy.” Yet an alternative to full membership is the most the EU can realistically offer. The question is: What is that alternative?

Freed from worries about his job security, French President Emmanuel Macron has resumed his status as the most interesting thinker about the EU’s future.

It is possible to conceive that in ten years, this political community could house both Ukraine and the United Kingdom, not to mention Ukraine’s neighbours Georgia and Moldova.

It could also be a vehicle to salvage the stalled process of EU accession for the Western Balkans. Again, anyone who seriously believes that the likes of Serbia, North Macedonia or Albania are going to join the EU any time soon is deluding themselves.

“Even if we gave them candidate status tomorrow,” Macron said of Ukraine, “we all know perfectly well that the process of allowing them to join would take several years, in truth, doubtless, several decades”.

Beyond stating that this parallel structure would focus on “political cooperation, security, cooperation in energy, transport, investment, infrastructure, and the movement of people, especially our youth,” Macron did not draw up any detail.

For the sake of credibility, it is vital that he does so in the coming months.

The European Commission is expected to give its first formal opinion on Ukraine’s membership bid in June. It must offer the prospect of European integration. But the EU executive would not be doing itself or Ukraine any favours by making promises that cannot be kept.

An agreement at the World Trade Organisation (WTO) on a waiver of intellectual property (IP) rights on COVID-19 vaccines and treatments would not have an automatic effect as governments would still need to work on its implementation, according to a WTO official.

Both the EU and the UK will have to make further compromises in order to resolve the long-running disagreement over the functioning of the Northern Ireland protocol, business leaders in Northern Ireland told US lawmakers on Friday.

Ministers from the world’s richest democracies agreed on Friday to phase out coal-powered energy, but failed to set a date to do so.

Russia’s separatist proxies in eastern Ukraine claimed full control of the important battlefield town of Lyman on Friday and Ukraine appeared to concede it, as Moscow presses its biggest advance for weeks.

As always on Friday, do not miss our Agri and Tech Briefs for a weekly roundup of policy news.