The Brief – Beware of unkept promises 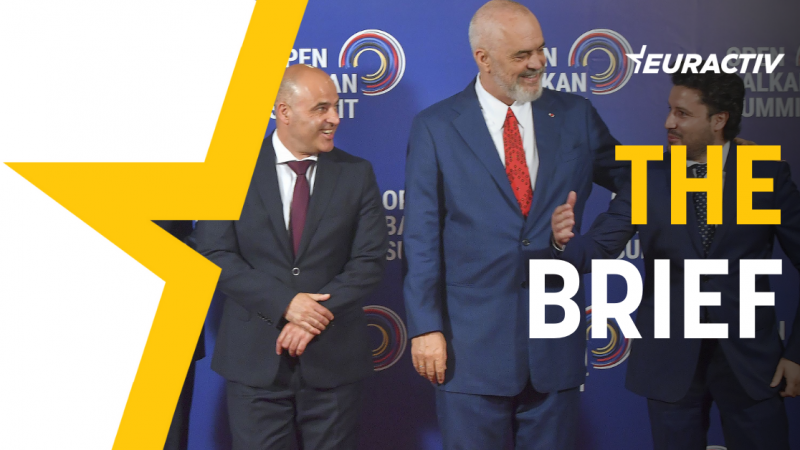 Russia’s invasion of Ukraine has revived Europe’s enlargement, a process that has been deemed dead. Now EU member states need to keep it alive.

The war in Ukraine has created many ‘firsts’ for the EU this year, one of them being the speed that the European Commission delivered an opinion on EU candidacy.

In one sense, the war has brought the EU’s neighbourhood out of the darkness of the European Council and national government’s backrooms, where the enlargement process has languished for years.

The EU’s last significant enlargement was in 2013, when Croatia joined. Before that, it was Romania and Bulgaria in 2007 and Poland and Slovenia back in 2004. In almost a decade since the last admission, very little has happened.

Now EU leaders in Brussels are expected to sign off on last week’s recommendation by the European Commission to grant Ukraine and Moldova EU candidate status, according to the latest EU summit draft conclusions, dated 21 June and seen by EURACTIV.

But the Western Balkans, torn by their own domestic political problems, are yet again to miss out on any progress on their path to EU membership.

Out of the six hopefuls from the region, only Montenegro and Serbia have formally opened accession negotiations, while Albania and North Macedonia are official candidates but have been in the waiting room for several years.  Kosovo and Bosnia and Herzegovina are yet to even get a foot in the door.

And we do see resentment growing in the region over the lack of progress. Look no further than Serbia, which threatened to boycott the summit, together with Albania and North Macedonia. The countries changed their minds a day later but have made it clear they are not happy with how things are progressing, or not as the case may be.

Should the EU repeat the mistake of not sticking to its enlargement promises, this could spell the end of what has been described as the recent geopolitical awakening of the EU and make the much-touted strategic shift seem like empty words.

Saying ‘no’ or ‘sometime later’ over and over might render null and void all the effort, work, and investment done to bring these countries closer.

Especially because leaving them out in the geopolitical cold for much longer could be seen as leaving them vulnerable to foreign interference.

In Bucharest in 2008, NATO leaders signalled that they had lost their vision for the future by stalling NATO enlargement when they initially denied North Macedonia a promised and much-deserved invitation and failed to offer Georgia and Ukraine entry into the NATO Membership Action Plan.

Vladimir Putin seized on this weakness and NATO’s reluctance to enlarge as an opportunity to test the alliance’s limits. Things went quickly downhill from there.

Undoubtedly, every EU hopeful from the Western Balkans and the eastern Associated Trio has its own set of problems, and it is clear to everyone that none of these countries can join the bloc tomorrow.

But that’s why EU accession is a process during which aspirant countries reform and improve. Once the conditions are met, there should be no doubt about admitting new members.

Waste can help power sustainable mobility. We need to reduce transport emissions, and we need to reduce the amount of waste that cannot be recycled. What if each of these problems was actually the solution to the other? We call it Waste-to-Wheels.

The European Medicines Agency (EMA) is monitoring possible shortages of medicines or medical equipment due to the war in Ukraine, though no critical shortages have so far been reported.

After considering boycotting the EU summit from 23 to 24 June, which focuses on enlargement, Albanian Prime Minister Edi Rama confirmed on Wednesday that he will attend despite Bulgaria’s veto over North Macedonia that is also holding up Tirana.

The European Commission has proposed to slash in half the use and risk of chemical pesticides by 2030, despite food insecurity threats in light of the Ukraine war.

The EU inquiry committee investigating the use of Pegasus spyware questioned a representative on Tuesday of the Israeli company behind the technology, but many questions remain unanswered.

The production of bioethanol in Europe has led to greater yields of animal fodder than fuel in 2021, further evidence that biofuels contribute to food stability, according to the industry.

After the European Parliament adopted the position of zero tailpipe emissions by 2035, critics say it’s effectively a mandate for electric vehicles, locking out biofuels.

Meanwhile, intergenerational solidarity and fairness need to be the guiding lights for us as a society, said Commission Vice-President Dubravka Šuica, particularly for decision-makers.

French President Emmanuel Macron, whose coalition lost control over the National Assembly, is poised to embark on a series of international meetings, including the European Council summit from 23-24 June, the G7 summit from 26-28 June and the NATO summit from 28-30 June.

In other news, André Faaij, Director of Science at the Dutch research organisation TNO, says the EU could “triple” the amount of biomass produced on a sustainable basis while restoring land degraded by industrial pollution, poor agriculture and climate change.

Although the metaverse promises great commercial opportunities, it raises a number of questions that regulators and legislators are having a hard time answering.

Last but not least, check out our Green Brief.