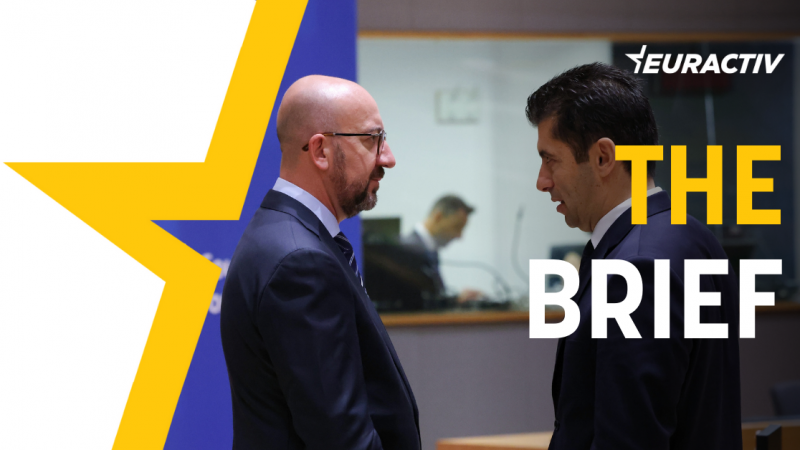 The 23-24 June EU summit is likely to be remembered for enlargement, namely the granting of candidate status to Ukraine and Moldova. But something is missing for the total success of the leaders’ gathering to be declared.

North Macedonia and Albania are also awaiting good news – the long-delayed decision to launch EU accession negotiations. However, the obstacle continues to be the Bulgarian veto for Skopje, which also holds back Albania, motivated by Sofia’s claims of an anti-Bulgarian policy in Skopje and historical identity issues.

Despite belated activism by the French presidency of the EU Council, the chance of the veto being lifted is close to zero.

Days ago, France tabled a proposal which meets some of Sofia’s conditions and requirements, including involving the Commission and linking the bilateral process with the accession negotiations. It is similar to a proposal long made by Skopje whereby negotiations should first start, and then all issues can be addressed during chapter-by-chapter negotiations.

However, the government of Kiril Petkov in Sofia is about to collapse and, adding insult to injury, the no-confidence vote could well take place on Thursday (23 June), the day he is in Brussels.

Petkov’s cabinet lost its majority when its coalition partner, the populist “There is such a people”, left, officially over disagreements concerning the budget and the policy versus Skopje.

Slavi Trifonov, a former showman and leader of the party, accuses Petkov of secretly plotting to lift the veto despite a parliamentary consensus that Skopje should first respond to the Bulgarian demands.

The real reasons for the conflict between Trifonov and Petkov are probably different, and the North Macedonia issue is just a convenient albeit important mask.

When EU leaders try to help overcome the veto, they need to understand the real essence of the problem.

The veto has become the utmost expression of deepening conservatism in the Bulgarian society, stemming from the long-standing demographic crisis and the lack of confidence in the country’s institutions.

There is a danger that the veto will become part of the Bulgarian identity, and whatever EU leaders offer will be rejected as unacceptable.

The same processes are taking place in Skopje, which had already experienced a similarly sensitive issue with another EU neighbour, Greece, over its name. It eventually agreed to change the country’s name to North Macedonia in 2019 to appease Athens.

No one in Bulgaria would have noticed that Sofia was greenlighting the opening of Skopje’s accession talks if Borissov’s GERB had not helped create this myth and thus sealed the deadlock.

It is similar in North Macedonia, whose elites are much more economically linked to Belgrade and Athens than to Sofia, which might make them somewhat more susceptible to Russian propaganda. Generally speaking, issues like the frozen perspective for Skopje play into the hands of Moscow.

Lifting the Bulgaria veto is likely to be a never-ending merry-go-round until someone finally plucks the courage to lift it at the price of their reputation and career.

In 2002, when Bulgaria was getting close to EU membership, the biggest obstacle, namely the closure of four nuclear reactors at the country’s Kozloduy power plant, was lifted by the signature of the then foreign minister Solomon Passy.

He flew secretly to Brussels and signed it one day before the Bulgarian parliament was due to ban their early closure.

It was a kamikaze move, but this is how Bulgaria was allowed to join the EU.

Will Petkov act as a kamikaze? We bet that he won’t.

He has already sent the French proposal on the North Macedonia issue to parliament without any comment. The broker will be President Rumen Radev, who is much less amicable to Skopje, and it depends on whether he can make the Socialist Party change its position.

But that game is not for this week or any time soon. If we are lucky, it could happen sometime during the Czech Presidency, hopefully.

As the French legislative elections conclude, the right-wing alliance that includes Les Républicains (LR) finished with about 70 seats in the new National Assembly, positioning it as a potential kingmaker.

Amélie de Montchalin, France’s minister for ecological transition and territorial cohesion, was defeated in the same elections by a candidate of the new left-wing alliance NUPES.

France’s minister for ecological transition and territorial cohesion was defeated in the parliamentary elections on Sunday (19 June) by a candidate of the new left-wing alliance NUPES.

The Austrian government signaled a return to coal power, which the country phased out in 2020, after receiving less gas for the fourth day in a row.

With the third biggest recoverable shale gas reserves in Europe, Romania has all it takes to benefit from unconventional energy sources, but the topic is sensitive for the public.

Meanwhile, the EU is facing the threat of “renovictions,” where tenants are forced out of houses or apartments due to rent increases imposed after renovation.

In other news, it’s time to consider a change of EU treaties, said MEP Ilhan Kyuchyuk, because the message from European citizens is that “they like the European idea” but not the way the EU is functioning.

In a special report from EURACTIV, sales of E85 – a mixture of petrol and up to 85% bioethanol – are rising significantly in France as cost-conscious motorists pivot towards alternative fuel sources.

In an interview with EURACTIV, MEP Barbara Thaler argues policymakers should focus on creating a framework for innovation that takes a technology-neutral approach to decarbonise road transport.

In the most recent episode of EURACTIV’s Agrifood podcast, the agrifood team discusses the EU’s pesticide framework revision, nature restoration targets and the first insect approved in the EU for human consumption.