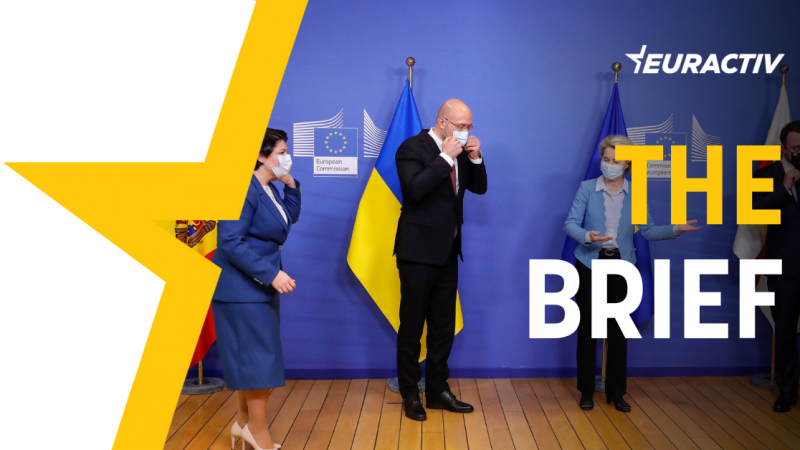 The centre of Europe is in the east. That, at least, was the abiding message of the gathering of Europe’s liberal parties in Dublin at the end of last week.

Ukraine’s survival and future were, unsurprisingly, front and centre. EU accession to the east, and the long-running rule of law disputes with Poland and Hungary, were other dominant themes.

Servant of the People, the party founded by Ukraine’s President Volodymyr Zelenskyy, was confirmed as a full member of the ALDE family, along with several other Ukrainian parties. There were two Georgian parties, too.

Except for an absent Emmanuel Macron, the big liberal beasts of European politics lined up to give their support.

The ALDE party, which has always sought to position itself as the most ‘pro-European’ of families, now has a political interest in eastern enlargement.

Besides, Renew already seems to have charmed the party of the new Bulgarian Prime Minister, Kiril Petkov.

There is clearly now momentum to kickstart the EU’s enlargement process to the east. On EURACTIV’s pages in recent days, advocates in favour of Georgia and Moldova urged EU leaders to give them candidate status.

These calls, plus that of Ukraine’s, were echoed in Dublin by delegates who hope for a decision at the next Council summit at the end of June.

But before we get too headily optimistic, we need a reality check.

The liberal leaders who spoke with EURACTIV were careful to avoid giving a timeline for Ukrainian accession.

That was logical given that the country is currently under attack from a Russian army that now controls around 20% of its territory. We are also looking at a post-war reconstruction era in Ukraine that will take many years and cost hundreds of billions of euros.

Ukraine’s short-term future is about survival and then rebuilding, and that will take precedence over the fact that it has adopted a fair amount of the EU’s legal framework since agreeing to its trade and political partnership with the EU nearly ten years ago.

As Western Balkan countries have found, adopting the EU acquis is a mammoth task, and that is why no serious political analyst thinks that Georgia, and Moldova in particular, have any chance of being ready to join the EU within the next decade.

Awarding EU candidate status to the eastern trio will give them hope was a common argument used in Dublin.

That is true, but the EU must ensure that it does not mistake hope for false promises.

Amid the challenges posed by the war in Ukraine, a Czech government official suggested temporarily halting the EU’s sustainable Farm to Fork policy to focus instead on increasing food production.

The obesity rate in the EU could reach a critical point that will be difficult to manage if actions promoting health education are not taken now, said MEP Tudor Ciuhodaru, who called on the Commission to address the matter through legislative means.

The French Presidency of the EU Council has issued a compromise text on the legislation on online political advertising, clarifying the scope of the rules.

In a success for the French EU presidency, negotiators from Parliament, member state governments, and the Commission agreed on the minimum wage directive, defining a framework for adequate statutory minimum wages where they exist and pushing member states to strengthen collective bargaining.

Meanwhile, the pandemic and Russia’s invasion of Ukraine have sent shockwaves through global supply chains, leading companies and policymakers to rethink their priorities from efficiency to resilience.

The EU Parliament, Council and Commission agreed on Tuesday on a common charging solution that will become the harmonised EU standard for all smartphones, laptops and other electronic devices.

In other news, too many ‘Black Swans’ have appeared globally, many close to Kazakhstan, said political analyst Askar Nursha. Still, the country aims to stay in contact with the world’s major players to ensure stability.

EURACTIV’s agrifood team talks about last week’s meeting of EU leaders, the role prisoners play in Sardinia’s agricultural sector and the sad reality for beekeepers dealing with a changing climate.

Last but not least, check out our Transport Brief for a roundup of transport-related news.