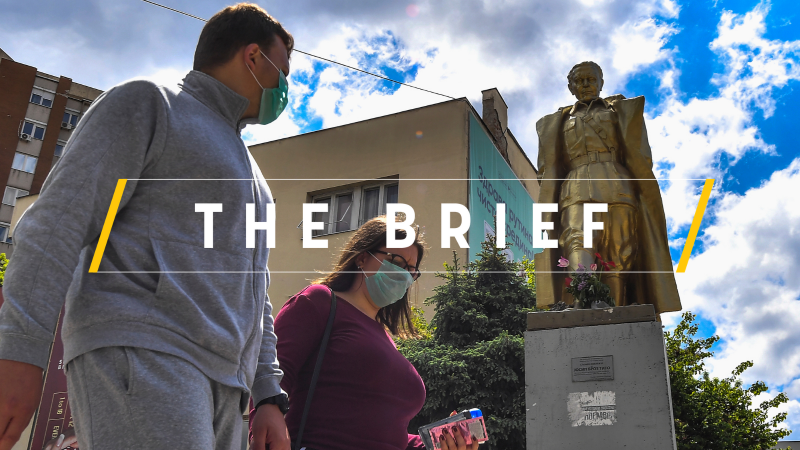 The General Affairs Council is unlikely to respond to Bulgaria’s request to open an additional 35th chapter for sorting out outstanding bilateral issues, while Skopje is not ready to give assurances to Sofia that it will stop its anti-Bulgarian rhetoric, as well as what Bulgaria says is a falsification of their common history.

For someone outside the region, it is difficult to understand how Bulgaria, which organised a Western Balkans summit during its EU presidency and fought in favour of Skopje against other EU member states (France, Netherlands) who blocked the dossier one year ago, is making such a dramatic U-turn.

In 2017, Bulgaria signed the Treaty of Friendship, Good Neighbourliness and Cooperation with Skopje. In hindsight, the problem is that the treaty didn’t solve the outstanding problems – instead, it set up a joint committee of scientists to sort out the issue of common history.

According to reports, Skopje is dragging its feet and the committee has made little headway.

At the same time, Sofia deplores the rhetoric that routinely sees Bulgaria labelled as a fascist state, apparently because of its role on the territory of present-day North Macedonia during World War II. For Bulgaria, such hostility, reminiscent of the policy of the former Yugoslavia during Tito, is unacceptable.

Regarding what Bulgaria considers as falsification of history – the appropriation by Skopje of the most glorious episodes of the history of the Bulgarian kingdom in the Middle Ages or the more recent revolutionary struggle against Ottoman domination – there could be a solution.

It would be enough if Skopje admitted that modern Bulgaria and present-day North Macedonia had shared a common history, until the latter became part of Yugoslavia.

Language is also an issue. According to the Bulgarian academy of sciences, the language of the Republic of North Macedonia is a dialect of Bulgarian. This is why Sofia and Skopje have always signed bilateral documents using the formula “signed in the official languages of the two countries”, without naming the language itself.

This is why a FRONTEX agreement with the Western Balkan countries is blocked – also because the Commission hasn’t been flexible enough to use the same formula.

For Bulgaria, the solution could be that Skopje concedes that the Macedonian language is of Bulgarian origin. For whatever it’s worth, that would solve the problem for Sofia.

The former Yugoslav Republic of Macedonia became the first country in the Balkans to sign the Stabilisation and Association Agreement (SAA) with the EU on 9 April 2001. The agreement came into force in 2004.

Since then, the country has had ample time to join the EU, as other ex-communist countries indeed did, but Greece blocked Skopje’s path because of the country’s name issue, and also because of the appropriation of ancient history including Alexander the Great and others.

The Prespa agreement of June 2018, better crafted than the 2017 Sofia-Skopje treaty, solved the issue with Greece. The bilateral issue with Bulgaria clearly wasn’t solved.

Sofia wants to be constructive and proposes an additional chapter, number 35, which would be invoked in case bilateral issues resurface. It makes sense.

During the accession talks, Sofia can block Skopje at any time, on chapters such as fisheries or the judiciary. Diplomats remember the bad experience from Slovenia’s obstructions of Croatia’s accession talks.

With Chapter 35, Bulgaria would implicitly commit to treating all other chapters in a fair and neutral manner.

But as of today, you can safely bet that Bulgaria will use its veto right.

Before you head into the weekend, have a look at our lastest editions of the Global Europe, Digital and AgriFood Brief.

In the establishment of EU common data spaces as part of the bloc’s forthcoming data strategy, providers of new data sharing services must be established in the EU and should avoid ‘conflicts of interest’ in collecting new troves of data, a copy of the Commission’s Data Governance Act, obtained by EURACTIV, reveals.

In the Czech Republic, Artificial Intelligence has been a widely discussed topic. Experts, politicians, and other stakeholders realize that research, development and use of AI will be crucial in near future. And that is why the country rejects strict regulations at the European level.

Berlin’s Brandenburg airport will open its doors for the first time on Saturday, a decade late and billions of euros over budget. The ill-fated hub is opening for business at an inauspicious time for aviation.