The Brief – Russia’s hub in the heart of Europe 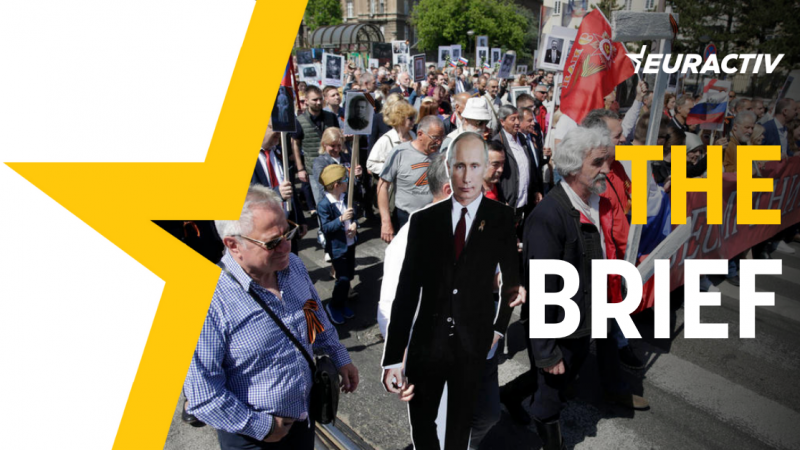 The European Union has gone to great lengths to sanction Russia over its military aggression against Ukraine and the war crimes committed there.

Some of the sanctions are very painful for EU countries, as many of them depend on Russian fossil fuels and other resources – and shutting down businesses is usually detrimental for both sides.

But there is one country in the heart of Europe, a candidate for EU membership, which experiences no such problems.

And this country is actively destroying the EU efforts.

Although Belgrade is strongly advised to align with EU foreign policy, under president Aleksandar Vučić, Serbia is rapidly becoming a haven for Russia.

Serbia refuses to impose sanctions on Russia. It has maintained its flights to Russia, and its national carrier has increased its seat capacity by using bigger aeroplanes.

Thus, Air Serbia continues to serve destinations in Russia, while EU airlines and reciprocally Russian airlines are barred from flying between the two regions.

Moreover, sanctions-hit Russians have reportedly relocated from Western Europe to Serbia, and many are buying real estate in a country perceived as Russia’s new haven in Europe.

Sources in Belgrade have told the author of this Brief that real estate prices are skyrocketing, which is not good news for prospective Serbian buyers. But more generally, the flow of Russian capital to Serbia is a bonanza for Belgrade at a time when other countries, including the EU, face high inflation, primarily due to the war.

Serbia continues to receive Russian gas via Bulgaria. Russia has cut its supplies to Bulgaria, but as the Bulgarian prime minister promised, this doesn’t impact the Russian supplies further down the pipe to Serbia and Hungary.

Is the EU stupid? Why does the European Commission continue to support Serbia and even speak of the “need to speed up EU integration”?

Most citizens in Germany, France, Italy, and Spain favour Ukraine joining the EU, while the majority in those countries oppose Serbia’s EU path.

A single word – profiteering – can describe Serbia’s attitude in the Ukraine context. In times of war, such an attitude is tantamount to trampling the spirit of solidarity, the true backbone of the EU.

It is far from certain where Serbia’s loyalty stands. A Serbian professor and security expert has said that if Putin were a candidate in the Serbian elections, he would get more than 70% of the vote. At the same time, only 20% of Serbs view the EU positively.

Russia’s Victory Day, on 9 May, was celebrated in Belgrade with Putin portraits and “Z” symbols, just one of many Serbian parades supporting Russia in recent months.

Last but not least, for Vučić, a Jekyll-Hyde character, loyalty appears to be an empty word. His balancing act with the EU has been successful so far because the EU has always been ready to look the other way for the sake of geopolitical considerations.

“He’s a bastard, but he’s our bastard,” US President Harry Truman is supposed to have said of brutal Nicaraguan dictator Somoza.

Is Vučić “our bastard” or Putin’s bastard? Your guess is as good as ours.

Precisely because of geopolitics, this time, Serbia’s liberties with EU foreign policy can no longer be ignored.

EU member states need to step up preparations for a possible major disruption of Russian gas supplies, according to the draft conclusions of an EU summit meeting scheduled for Monday and Tuesday next week (30-31 May).

In reaction to the economic consequences of the ongoing Russian invasion of Ukraine, the EU Commission postponed the renewed enforcement of its fiscal rules by a year, to 2024.

US President Joe Biden said on Monday he would be willing to use force to defend Taiwan, capping a series of critical comments about China while in Asia that an aide said represented no change in US policy toward the self-ruled island.

Greece said on Monday it had prevented around 600 migrants from crossing the Aegean into its territorial waters from neighbouring Turkey, in the largest attempted entry this year.

From the EU Commission to the European Investment Fund, banks and venture capitalists, and then social enterprises, money changes hands many times before reaching its final destination.

Citizens approved their recommendations in the context of the Conference on the Future of Europe (COFOE). EURACTIV went to Strasbourg at the final ceremony of the COFOE to interview citizens and explain the next steps of such an experiment.