The Brief – The cost of not solving the Bulgarian veto 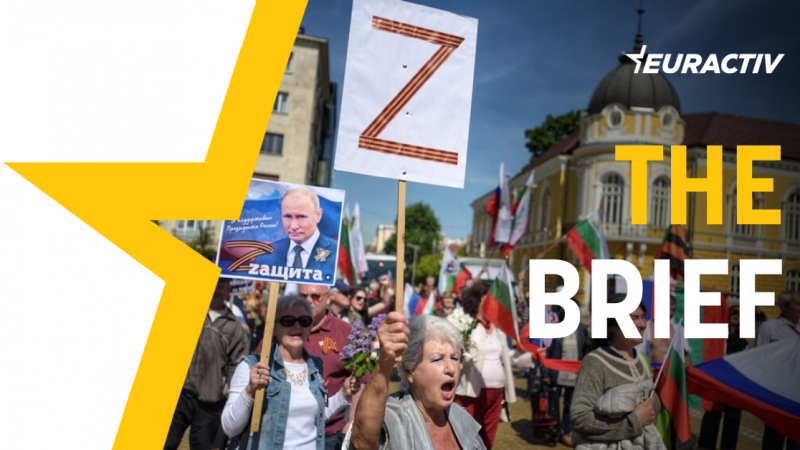 Vladimir Putin’s war in Ukraine is reshaping how the EU conducts its enlargement policy. That will put additional pressure on Bulgaria to lift its veto on neighbouring North Macedonia’s EU accession negotiations.

Never has the push to abandon unanimity on foreign affairs issues been stronger than since the invasion started on 24 February, and it has reached new heights in recent weeks. The example that comes to everyone’s mind is Bulgaria’s veto, which has been hard for Sofia to explain and difficult for the other 26 capitals to understand.

In the present geopolitical situation, described by some as World War Three in a hybrid form, the EU is trying to limit its vulnerabilities, many of which are linked to the never-ending complexities of the Western Balkans.

It is a sad story that the EU has allowed its geographic underbelly to be so vulnerable to conflicts and Russian influence in places like Bosnia and Herzegovina, Kosovo, Montenegro, Serbia, North Macedonia, and Albania.

But now is not the time for professorial analyses. It’s time for quick fixes.

From the perspective of the war in Ukraine, the Bulgarian veto is not sustainable. The author of this text is a Bulgarian who knows that his opinion is not palatable to many in Sofia.

Here is what I think.

Bulgaria is concerned that North Macedonia, once it becomes an EU member, will continue to wage a hostile policy vis-à-vis Sofia. Skopje, for its part, probably fears that if it makes concessions to Sofia now, it might have to continue doing so during the EU negotiations.

Due largely to the legacy of Yugoslavia’s communist leader Josip Broz Tito, but also to earlier Balkan history, when Serbia and Bulgaria fought to dominate the territory of today’s North Macedonia, anti-Bulgarian sentiments were state policy in the former Yugoslav republic, and they continue to exist.

For the Yugoslav federation (and its successor states), Bulgaria was the odd one out, a part of the Soviet bloc, and was looked down upon even after it dismantled communism and joined the EU.

Tito’s Yugoslavia was also aware that Bulgaria and the Yugoslav Republic of Macedonia were closer than Skopje and Belgrade (here, it must also be remembered that Serbia had viewed North Macedonia as “southern Serbia” after World War One).

This is how at least three generations grew up in the Socialist Republic of Macedonia – being fed anti-Bulgarian propaganda.

Even today, textbooks published in Skopje portray Bulgarians as Tatars and fascists.

That is based, in part, on the role Bulgaria played in World War Two when it allied with Nazi Germany, who allowed it to occupy North Macedonia.

Conversely, in Bulgaria, the narrative is that the (Slav) Macedonians and the Bulgarians are the same people. Whether this is the case or not is irrelevant because most people in North Macedonia don’t feel that way.

At a time when Putin denies the Ukrainians the right to be a different nation, Sofia should be very careful with its narrative.

Russia and Ukraine are nations with a lot of blood in common, divided by history. The same is true for Bulgaria and North Macedonia.

But Sofia and Skopjeca both have a dignified common future in the EU if they solve the current problem.

But even in the EU, historic wounds sometimes re-open. The latest example is when Hungary’s Viktor Orban hinted on Monday that his country was land-locked because Croatia took its Adriatic port of Rijeka.

Of course, this doesn’t mean that the Hungarian army will attack Croatia. Even Croatian President Zoran Milanović dismissed it as “Orban’s small-time ambitions that are not really dangerous”.

But it is not unthinkable that Putin’s Russia could mobilise its resources to destabilise the soft belly of the EU – the Western Balkans.

This is why Bulgaria and North Macedonia must find a quick solution to their problem with the help of the European Commission. It must be remembered that the Commission has conveniently stayed away from the problem for two years now.

An agreement is needed because if Bulgaria lifts the veto without tangible progress in relations, the fragile government of Kiril Petkov will fall, early elections will be held, and very likely, a pro-Russian coalition will take over.

Two pro-Russian parties are already represented in the Bulgarian Parliament, and after the elections, there could be two more. Bulgarian public opinion remains largely pro-Russian (44% believe NATO is responsible for the war, against 23% who blame Russia) because Russian propaganda knows no limits in this country.

Our educated guess is that Putin’s strategy is to destabilise the EU by helping install a pro-Russian government in Sofia.

The Commission should have laid the ground for an agreement between Sofia and Skopje, even taking ownership of the difficult debate and becoming the guarantor for such an accord, which would likely include a change in the Macedonian constitution.

Instead, the Commission took the worst bureaucratic approach – doing nothing.

If Putin had a mole in the College of Commissioners, he could not have achieved a better result.

The EU doesn’t even have a permanent representative in Sofia since September 2019, which is a scandal.

The Permanent Representation is responsible for communicating EU policies, which is done very poorly in Bulgaria. In contrast, the Russian embassy is very effective in spreading its messages.

Let us hope that this war will positively change how the EU institutions work.

Following the Russian announcement of sanctions against 31 European utilities, including Gazprom Germania, the German government is inching closer to expropriating the German Gazprom subsidiary and related assets.

Meanwhile, lawmakers in the European Parliament’s environment committee voted to uphold a proposed ban on the sale of polluting vehicles from 2035 but narrowly rejected proposals for stricter 2030 targets on cars and vans that would have made the transition smoother.

Following Kosovo’s submission of an application to the Council of Europe (CoE) on Thursday, Serbian President Aleksander Vučić called an urgent meeting of the National Security Council for Friday, claiming Pristina has violated a number of agreements.

A follow-up study found that two years after being hospitalised with COVID-19 in China, over half still have at least one symptom.

Artistic events bring people together, overcoming divisions and barriers, and as such, the Eurovision Song Contest (ESC) is an “undisputed element” of the European shared cultural identity, according to Maltese EU Commissioner Helena Dalli.

LGBTI rights are slowly improving across Europe, but “big gaps” persist with a number of countries slipping down the ladder, according to a new ranking published by ILGA-Europe on Thursday.

As every Thursday, check out our Economy Brief for a roundup of weekly news.