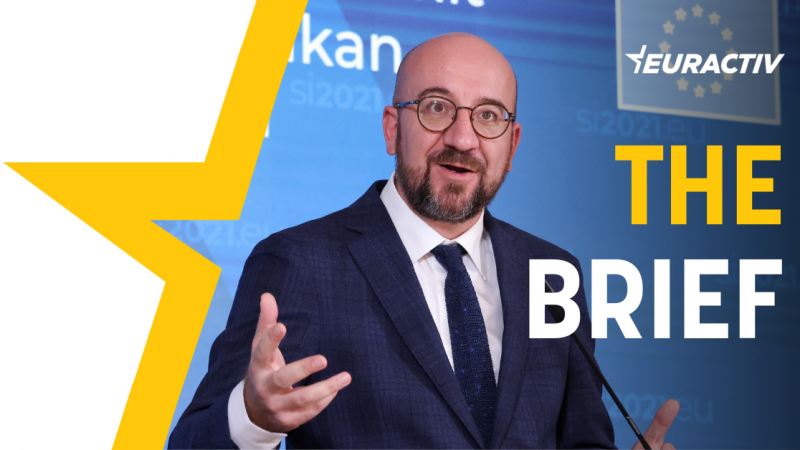 EU heads of state and government will meet with the leaders of the six Western Balkan membership hopefuls on 23 June. But what does “Western Balkans” even mean?

The name itself is a riddle. Apparently, Western Balkans in EU jargon means ‘candidate and potential candidate countries for EU accession minus Turkey’.

(Turkey is officially a candidate country, but its candidacy is in the deep freeze. The term “Western Balkans” allows leaders to speak about EU enlargement while excluding Turkey.)

But more importantly, in EU jargon, “Western Balkans” has replaced the term “EU enlargement” because of the sensitivity of some capitals who don’t want to send the message to their electorates that the EU is still taking on board new members.

So “Western Balkans” is a sort of euphemism for what has become unpalatable to pronounce. Yes, enlargement, considered the biggest success of the EU together with the euro, is now a dirty word.

And not all Western Balkan hopefuls are “candidates”. Among them, there are four recognised candidates for membership of the European Union: North Macedonia, Montenegro, Albania and Serbia. Kosovo and Bosnia and Herzegovina are recognised as “potential candidates”.

But there is more. We wrote “leaders of the six Western Balkan hopefuls” and not “Western Balkan countries” because five EU members don’t recognise Kosovo as a country.

While Bosnia and Herzegovina is a country, it is not seen as viable because of its internal divisions and lingering ethnic mistrust. That’s why those two are not (yet) “candidates”.

Serbia and Montenegro have started accession talks, but Belgrade is likely to see the process frozen if it continues to flirt with Vladimir Putin’s Russia.

In the latest twist, some Western Balkan countries are now worried that they may end up on the back burner if a possible fast-track procedure for EU membership of Ukraine is implemented. Others – Albania, Montenegro, and North Macedonia – have just come out supporting Kyiv’s candidate status.

The other option – a “political community” touted by France’s Emmanuel Macron – is seen both by the Western Balkans and the associated countries Ukraine, Moldova and Georgia as an even bigger danger of replacing membership with some sort of loose affiliation.

Just after the Western Balkans meeting, the EU leaders will need to decide on Ukraine’s candidacy, running the risk of disappointing Kyiv with a halfway offer.

That’s enough of the background. Now for the substance.

The EU has war at its gates. It’s a hybrid war in which Russia is destabilising the EU to the best of its ability, especially in its soft belly – the Western Balkans. Serbia, in particular, is openly playing a double game. The country most likely to be destabilised is Bosnia and Herzegovina, via its Serb entity, the Serb Republic, faithful to Russia.

While some risks are obvious, it’s less clear what the EU has to offer. Reaffirming the EU membership perspective is an exercise that has lost credibility over the years. Why is Council President Charles Michel convening this team-building exercise at all?

The answer could possibly be that he has no other choice. If all the Western Balkan leaders come to the meeting, it will already be a half-success.

Every EU hopeful from the “Western Balkans” has its own problems. Every EU member country has problems too, and the EU is an aggregate of them all. It is useful to be aware of our problems and try to solve them together in times of hardship. That’s why leaders need to meet and talk about it.

By the way, ‘Western Balkans’ are called such because the Eastern Balkans (Bulgaria and Romania) joined the EU in 2007.

In 1999, Bulgaria and Romania were not in good shape as EU hopefuls. But Sofia and Bucharest drastically boosted their chances for NATO and EU accession by giving the airspace for what was a NATO air campaign against the then Yugoslavia.

You never know what the future will bring. The Western Balkans will not be a grey zone – unless some of these countries choose to be.

The European Commission will speed up the delay of crop rotation and fallow land requirements within the new Common Agricultural Policy (CAP) for another year.

Ahead of its Telecom Working Party meeting on Friday (17 June), the French Presidency advanced further changes to the part of AI Act related to innovation and regulatory sandboxes.

The war in Ukraine has pushed the number of refugees worldwide to more than 100 million, according to a UN report published Thursday.

EU lawmakers, particularly from France, are divided on including gas and nuclear power in the EU’s green taxonomy ahead of a final vote in July, but only by a small margin.

The left-wing alliance NUPES finished neck-and-neck with President Emmanuel Macron’s Ensemble! in the first parliamentary election round, reinforcing the view that French Greens are too radical to govern, but the reality is much more nuanced.

Meanwhile, French carmaker Renault is shifting part of its business model away from selling cars towards offering individual journeys without ownership.

In other news, the lead negotiator for the Energy Performance of Buildings Directive (EPBD) in the European Parliament is advocating for buildings to be seen as part of a broader neighbourhood instead of isolated units.

MEP Nicolás González Casares, who’s steering changes in the EU’s renewable energy directive, has called on the EU to “at least triple” solar thermal production by the end of the decade.