The EU’s quest for strategic autonomy in the Western Balkans: Why it flopped 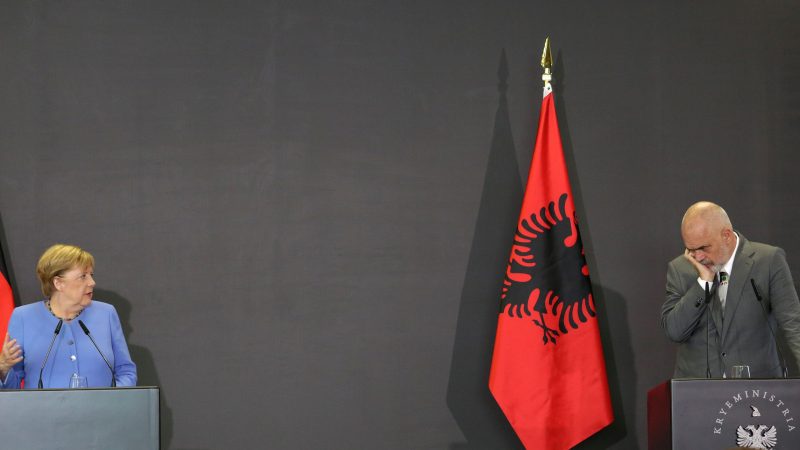 One could cut a long story short and simply note that the EU failed in its dealings with the Western Balkans because it did not put its money where its mouth is. However, this assertion contradicts the accepted narrative in Brussels and most EU capitals, and requires proof, writes Dušan Reljić.

Dušan Reljić is the head of the Brussels Office of the German Institute for International and Security Affairs (SWP). An earlier version of this opinion piece was published by IAI Rome.

“This is the hour of Europe. It is not the hour of the Americans”. Three decades later, the EU is still struggling to provide evidence in the post-Yugoslav area that it has acquired strategic autonomy, which essentially means that it can “set, modify and enforce international rules as opposed to […] obeying rules set by others”.

Already the EU’s first Security Strategy in 2003 was a response to the EU’s difficulties to enact its self-definition as the driving force for ending war and transforming conflict in Yugoslavia. Since then, the Union leaders have kept reiterating that “full EU membership for the Western Balkans” is “a geostrategic investment in a stable, strong and united Europe”.

Presently, the Union still sees a “key role” for the region’s countries to play in the global value chains that supply the EU: “In the long term, this will also contribute to the EU’s strategic autonomy”.

Nevertheless, more than a few EU member states concede their fear that “other actors are ready to step in the regional affairs, often at our expense”.

Moreover, some pundits worry that prospects for the EU’s strategic autonomy will not improve after the UK’s departure and considering “the conceivable future accession of small Balkan states with little potential but full voting rights”.

This change of heart is not a revelation; the loss of the EU’s credibility regarding its vows to enlarge in the Western Balkans and the exploration of some actors in the region for additional if not alternative international partners have been habitually debated for many years now.

Yet, Brussels institutions continue to churn out wildly optimistic policy documents about “a credible EU membership perspective” for the Western Balkans. Similarly, EU member state leaders routinely praise the future of the region as part of the Union.

This proliferation of words misleads the public to assume progress in the EU accession process, and more importantly, in the socio-economic convergence of this politically exasperating part of the continent.

In truth, the EU did not support its quest for strategic autonomy in the Western Balkans with adequate financial resources, so it was doomed to flop.

The material, institutional, and political “wherewithal” is essential for the EU’s ability to make its own strategic decisions in foreign policy and security and set and enforce international rules autonomously.

Consequently, the negotiations on the Multiannual Financial Framework (the EU’s budget) offer a possibility to match spending priorities and funding criteria to the requirements of strategic autonomy.

In its primary tool of enlargement policy in the Western Balkans and Turkey, the Instrument for Pre-Accession Assistance (IPA), the EU chose to decrease its funding from one seven-year budget cycle to the next.

According to data provided by the European Parliament, the 2021–2027 financial envelope for the IPA III is set at €12.6 billion (in 2018 prices), which in purchasing power is one per cent less than the IPA II volume.

About half of IPA I and IPA II monies went to Turkey. The rest was spread among the Western Balkan states, including Croatia, until 2013 (when the country entered the EU).

EU officials tout that the Western Balkan countries will receive up to €9 billion in EU grants through the Economic and Investment Plan, a part of IPA III.

The generosity of this support and its possible effect as an instrument for achieving the EU’s strategic goals in the region can be gauged by taking into account that in the past decade and longer, the annual trade deficit of the Western Balkans with the EU was between 7.5 and 9.7 billion euro.

About three-quarters of the region’s trade is with the EU, mainly with Germany and Italy. Most foreign direct investments come from the Union, and the more significant part of the banking capital belongs to banks from the EU.

However, additional financial outlays must also be considered, such as the repayment of loans from banks and governments in the EU, the repatriation of profits derived from foreign direct investments of EU companies, the immense cost of government subsidies to attract foreign investors, and – particularly important – the massive loss of human capital through migration from the region to the Union.

According to a recent international study, the Western Balkans region is losing up to €5.5 billion annually due to the migration of their citizens, mainly into the EU. The figure includes lost educational spending and what the countries miss out on potential GDP growth due to migration.

In truth, the Western Balkans transfer much more resources to the EU each year than they receive from the Union. This relentless depletion, combined with poor governance, corruption and reckless authoritarian rule at home, is one of the most relevant factors preventing the income convergence of the Western Balkans with the EU average.

The Wall is rising again

Things would be different if the EU would treat the Western Balkans with the same solidarity as the economic laggards among the EU members, most of them at the south-eastern edge of the Union.

Their convergence has decisively accelerated through zero-priced capital, which they continue receiving from the Union. Just like these countries, the Western Balkans have opened their markets to the EU. Their national economies are deeply integrated into the EU superstructure on the continent, more so than in the case of several EU members.

Despite the mantra-like corroborated “EU perspective” and their candidate status (except for Bosnia and Herzegovina and Kosovo, which are “potential candidates”), they do not qualify for access to EU structural funds that serve development or the new post-pandemic recovery funds.

However, substantially increased investments in the Western Balkan region to improve transport and other infrastructure, or to benefit the environment and other sectors, would immediately benefit the surrounding EU members.

The “density” of EU allocations of grants to member states in south-east Europe (Bulgaria, Croatia, Greece, Hungary, Romania and Slovenia) in comparison with the Western Balkans will be up to 11 times higher in the next seven years.

In addition to the disbursement of capital from structural and other EU funds, the Union members will receive substantial allotments from the post-pandemic recovery fund. In per capita terms, the Western Balkans will be given just €500 over 2021–2027.

During the same period, Greece will receive €5,700 and Croatia almost €5,200 per capita. As a result, the socio-economic Wall between the EU territories around the Western Balkans will rise even higher and will remain insurmountable in the foreseeable future.

People across Europe’s post-socialist provinces expected economic convergence with the rest of the continent, accepted a moderate rise in inequality and hoped for consolidated democracies at home. Support for democracy in societies undergoing “transition” is tied to economic success and the individual’s income.

The faith that democratic regimes will deliver such transformation has plummeted. This is one of the most relevant explanations for democratic backsliding and the rise of populism.

The dip is much stronger in the Western Balkans, where the consequences of the post-Yugoslav wars persist and limited overall progress. People have less and less faith that the EU will deliver to the region what it has been preaching for decades.

Economic integration with the EU is profound and cannot be easily replaced by China and other economic partners. That being so, to put its strategic autonomy on track in the Western Balkans, the Union would have to launch an adequately funded programme of socio-economic and environmental convergence of the region with the EU.

Suppose the Union were to choose to treat the Western Balkans as if they were already onside. In that case, the estimated financial burden (without tapping recovery funds) for EU members – according to a study by economists at the University of Ljubljana – could reach between 0.014 per cent and 0.026 per cent of their respective gross national income.

This would amount annually to a sum between 1.6 and 10.8 euro per capita. This would be an insignificant onus for the Union but a game-changing geostrategic investment. Its dividend would be the realistic prospect to finally expand the EU’s sovereignty over the whole of south-eastern Europe.