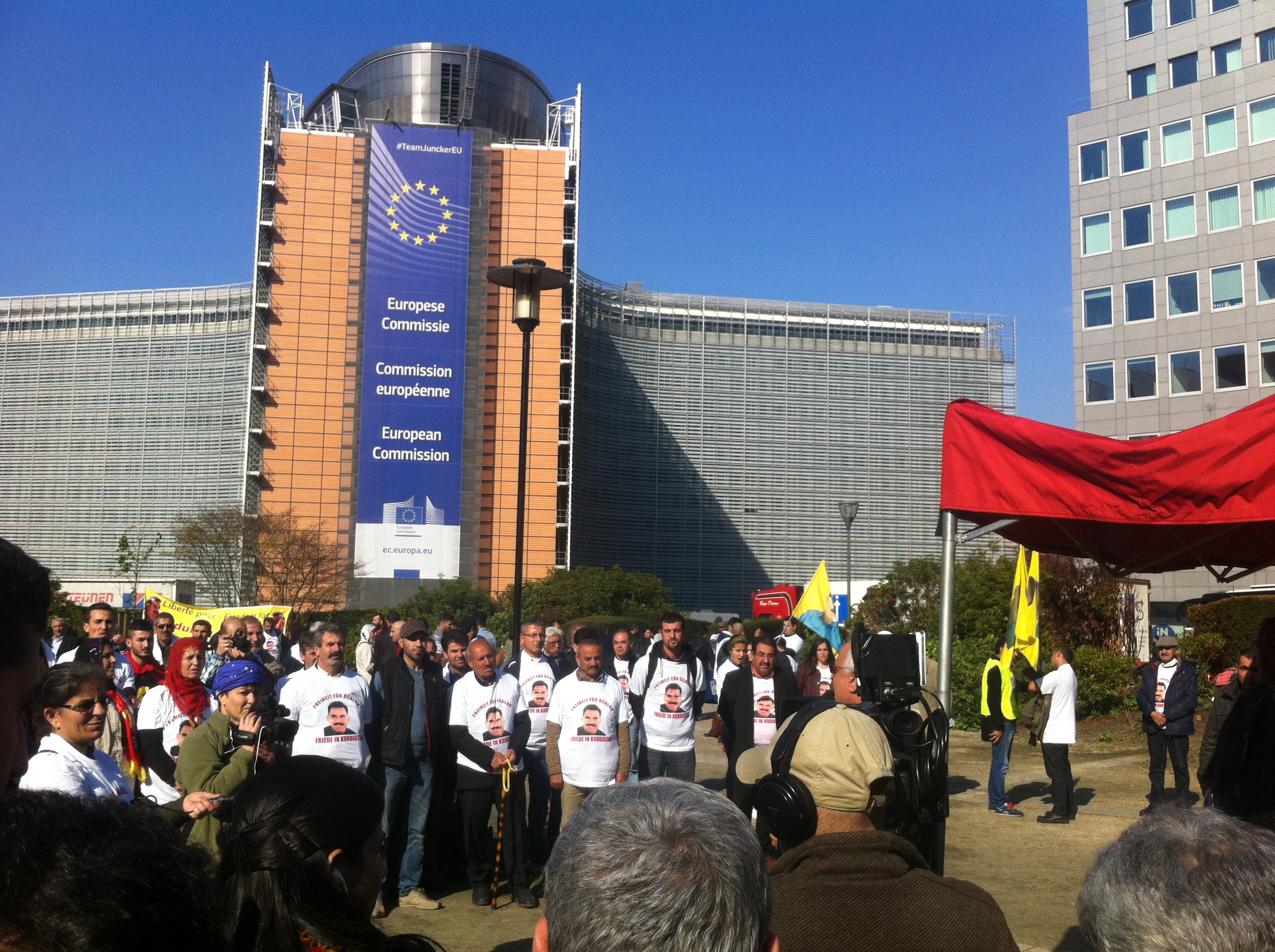 Russia’s issues with Turkey go beyond the Su-24 downing, as Moscow’s desire to increase its presence in the Middle East is fundamentally at odds with Turkey’s desire to do the same, writes Stratfor, the global intelligence company.

Russia knows exactly how to push an opponent’s geopolitical buttons. Since Turkey downed a Russian Su-24 fighter jet – exacerbating an already tense rivalry centered on regional dominance – Moscow has set about punishing Ankara politically and economically. Now, in its goal to antagonize Ankara further, Moscow is exerting its considerable influence on a particularly sensitive spot for Turkey: the Kurds.

On Wednesday (23 December), Russian Foreign Minister Sergei Lavrov will be welcoming Selahattin Demirtas, the leader of the Peoples’ Democracy Party, Turkey’s most important Kurdish political party. According to Demirtas – who announced the meeting on Saturday from the southeastern province of Diyarbakir, the main battleground for Turkish and Kurdish forces – the Peoples’ Democracy Party will establish an office in Moscow. The politician claims he can do what Turkish President Recep Tayyip Erdo?an cannot: mend Turkey’s relationship with Russia. What is left unsaid, however, is that Demirtas wants to show Erdo?an that the Kurds are a political force that cannot be sidestepped in elections or crushed in the streets. This meeting, the highest-level diplomatic encounter between Russia and Turkey since relations soured last month, comes after the Kremlin refused point blank to reconcile with Ankara.

After all, Russia’s issues with Turkey go beyond the Su-24 downing. Moscow’s desire to increase its presence in the Middle East is fundamentally at odds with Turkey’s desire to do the same. Russia knows that by supporting the Kurds, it weakens Ankara. To this end, Russia insisted last week that the Democratic Union Party – Syrian Kurds associated with the Kurdistan Workers’ Party (PKK) – must have a seat at the negotiating table along with other Syrian opposition groups. In October, Russia invited the Syrian Kurdish group to open an office in Moscow, emphasizing a desire to coordinate with the Democratic Union Party and the Syrian government to target the Islamic State.

Russia has only recently come out in support of the Democratic Union Party’s militia – known as the People’s Protection Units – in its fight against the Islamic State and against rebels holding territory around the town of Azaz. Yet the Syrian Kurdish group was quick to deny this, wary of open support from Moscow. This makes sense considering the importance of US support channeled through the Syrian Democratic Forces. The Russians have indeed launched deep interdiction strikes against the Islamic State in northern Aleppo, but have avoided the People’s Protection Units’ lines so far. Russian jets could also be targeting rebel logistics routes running from Turkey. Still, the Democratic Union Party’s participation in negotiations could eventually lead to Kurdish autonomy in northern Syria, which could then become a fertile bastion of Kurdish activity from which the PKK could organize strikes. This is would be a terrible outcome for Turkey, and Russia knows it.

Russia has a rich history of supporting the PKK and other Kurdish groups. The Kurdistan Workers’ Party was created during the Soviet era and shared a congruent left-wing ideology with Moscow. The Soviet Union provided havens throughout the Soviet Union for the constantly moving Kurdish populations. In fact, the first Kurdish language film, “Zare,” a silent black and white romance about a dashing young villager protecting his bride from the designs of a evil feudal lord, was produced in the Soviet Union in 1926. The Soviets facilitated Kurdish media and propaganda starting in the 1940s. In the 1980s, Soviet ally Syria offered the PKK a haven, and the group has legally operated in post-Soviet Russia throughout the 1990s.

Russia’s interference in Turkey-Kurdish affairs comes at a sensitive time. After the cease-fire between Turkey and the Kurdistan Workers’ Party ruptured in July, confrontations between Turkish security forces and the PKK increased. Last week, the Turkish army launched one of its largest domestic military operations in recent years against the PKK. Ankara deployed approximately 10,000 Turkish security personnel, supported by tanks. Erdo?an even promised to “annihilate” members of the PKK in their homes just last week. Since the cease-fire was lifted in July, dozens of curfews have been imposed and thousands have been killed in various operations, including Turkish airstrikes against the PKK in Iraqi Kurdistan’s Qandil Mountains.

Despite Ankara’s rash of actions against the PKK, members of the Turkish parliament are looking to de-escalate the Kurdish issue through dialogue. Lawmakers in Ankara are currently urging the government to restart talks with the Kurds as clashes increase in southeastern Turkey. On Monday, the deputy chairman of Turkey’s second-largest political party called for open dialogue in parliament instead of violence. The ruling Justice and Development Party also called for talks. Turkey’s conciliatory political tone toward the People’s Democracy Party is intended to put a wedge between the Kurdish political party and the PKK’s militancy, thereby bringing the People’s Democracy Party back into the fold. However, this is likely to prove difficult. On Tuesday, Demirtas announced that the southeastern Anatolia region of Turkey has embraced the idea of autonomy in the face of what he called Ankara’s dictatorship. He went so far as to refer to snap elections called by the Justice and Development Party – after failing to achieve a majority – a “coup.”

Now, with the Kurds increasingly benefiting from Russian patronage, Turkey must face certain realities. A stronger Kurdish political constituency in Turkey could push the Kurdish autonomy agenda, while a Kurdish-controlled northern Syria has the potential to support the PKK in its attacks across the border in Turkey. Equally important, Ankara’s agenda of increased influence in the Middle East does not account for, nor lend itself to, internal political and security distractions. Turkey has so far failed to de-escalate the situation with Russia because Ankara refuses to admit fault through an apology and appropriate compensation. Moscow therefore responded with sanctions targeting Turkish exports and accusations that Erdo?an has connections to the Islamic State’s oil enterprise.

Russia is good at identifying an opponent’s perceived weakness and then exerting pressure. In Turkey’s case, Moscow has found a pressure point in the form of the Kurds. It is suggestive of a Russian proverb quoted earlier this month by Turkish journalist Cengiz Candar in the daily Radikal: “If you invite a bear to dance, it’s not you who decides when the dance is over. It’s the bear.”

0 responses to “Why a pro-Kurdish Russia infuriates Turkey”