Joachim von Amsberg is a German economist and banker. He is vice-president for policy and strategy at the AIIB. [AIIB]

Joachim von Amsberg is a German economist and banker. He is vice-president for policy and strategy at the AIIB. Prior to his appointment, he was vice-president of the World Bank.

Your last report noted that there hasn’t been a significant breakthrough in mobilising private sector funds. Are you disappointed with the results?

We see a huge opportunity in bringing private capital to finance infrastructure in Asia. The extent to which these investments have been realised is a disappointment. The report shows that the market we look at, in aggregate, the volume is still quite modest and it is not increasing, it is stagnant or even declining. We see that with concern and as a big untapped opportunity.

What is the reason for this decline?

In a nutshell, it is a full spectrum of challenges to bring private financing to the market and close the transaction, starting with macroeconomic uncertainty, regulatory and institutional weaknesses, rule of law issues, market knowledge or structuring the financial product. There is no silver bullet to solve all these issues. You need to address them at the same time, which is difficult. 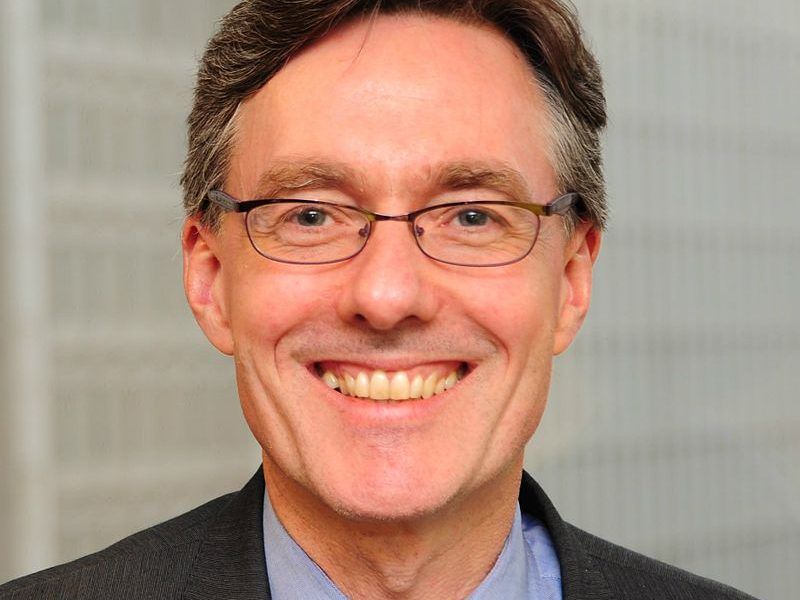 Asian investment bank: 'We could invest in the EU'

The Asian Infrastructure Investment Bank (AIIB) has recently decided to start looking abroad to invest its $100 billion in capital, including ports in the EU. His vice-president Joachim von Amsberg told EURACTIV there wouldn’t be any rivalry with EU institutions, but rather “collaboration”.

What are the investment needs in the region?

We have committed $7.5 billion in 35 projects over the past three years. That’s a lot of money for startups, but very little money for the financial needs of the market. We cannot be satisfied alone with the deployment of our resources. Some studies point to $1.7 trillion a year in Asia in terms of aggregate infrastructure financing needs. I don’t think we have seen a good estimate of how much of that could actually be financed from the private sector.

Your report mentions tensions and rising nationalism as having an impact in investment. Have you noticed any reluctance to work with AIIB in the region given the weight of China inside the bank?

There are two trends that concern us as worsening conditions. One is the expectation of continuous rise in long-term interest rates. That will make hard for us to finance marginal projects. But probably, for large scale projects is not decisive, because 100 basis points higher in long term rates is a big hit in many development projects, but it is not the critical factor. Another trend is the trade tensions. Investment in trade-related infrastructures, transport infrastructure or manufacturing facilities for trade investment may slow down if the universal support for free trade is put into question. Investors could think twice before putting resources into a port or a trade-related infrastructure. Conditions are maybe a bit more difficult and yet the need continues to be overwhelming.

There is a general feeling that this is no longer a trade war between the US and China, but an economic one. Do you feel any pressure on the bank as part of these tensions?

You are rightly pointing out that there is a politicisation of the economic policy. As a multilateral development bank, we have a very well established multilateral governance. We have 93 approved members, from 67 founding members. The decisions are taken in consultation in broad consensus among the members. Quite the opposite from instruments that could be politicised. The fact that AIIB was created on the initiative of China, I think that makes multilateral cooperation more robust, because it shows that different countries can take the lead and yet create robust multilateral institutions. Looking back, one of our great achievements is that we have created that multilateral framework, and now is very well established how decisions are taken. It has created a trust that has made other countries to join.

The United States has urged countries to think twice before signing up to a new China-led Asian development bank that Washington sees as a rival to the World Bank, after Germany, France and Italy followed Britain in saying they would join.

China is not only embroiled in a trade war with the US. The EU has complained at the World Trade Organisation about China’s IP practices. Have these developments impacted the functioning of the bank?

The issues you are referring to concern me because they affect our member countries. I am worried about the effects of this dispute and politicisation on the economic development of our member countries. I am not so much worried about the impact on the AIIB, firstly because our multilateral governance is very firmly legally enshrined and has worked very well. And secondly, we face very strong demand from countries for our financing services. If anything, the politicisation of the environment will lead to more demand from our multilateral financing because it provides protection. When you finance through a multilateral bank, you have international standards and decision-making which is multilateral rather than bilateral.

Over the past three years, observers have become to understand the difference between a Chinese project and a Chinese bank on one hand, and multilateral financing, from a multilateral development bank, in which China happens to be the largest shareholder and initiator. These are two very different universes. We explained it again and again, and people see how we act.

What is your expected demand for this year?

We expect that we will scale up our financing to around four billion dollars this year, which is large for a start-up organisation, but very modest compared to the needs. So we will put increasing emphasis on instruments that mobilise other capital, for example by providing guarantees.