This article is part of our special report ‘Belt and Road’: Linking up Europe and Asia.

Instead of investing in new corridors, the EU and China should focus on improving existing ones “where the business is,” says Joan Amorós. He also highlighted the importance of data sharing and the introduction of 5G to improve the efficiency of railway transport.

Joan Amorós is the president of Ferrmed, a private sector organisation founded 15 years ago to improve rail freight transportation in Europe.

Amorós spoke with EURACTIV.com on Tuesday (7 May) t the margins of the European Business Summit held in Brussels.

From your standpoint, what is your assessment of the situation of the ‘Belt and Road’ initiative so far?

Well, my point of view is that is a very good initiative, frankly speaking, because it’s clear that we are talking about probably the two most important markets in the world. Then it’s a key to interconnect these markets in the best way. Meantime, around 95% of the transportation of goods in cost is made by vessel, 4% by plane, and only 1% by railway. It is clear that we have to better balance these different modes. We are clearly looking for a multi modality. If we have more efficient interconnections, particularly by rail, we can take some part of the traffic that is in the planes, and even some part of the traffic of the vessels. 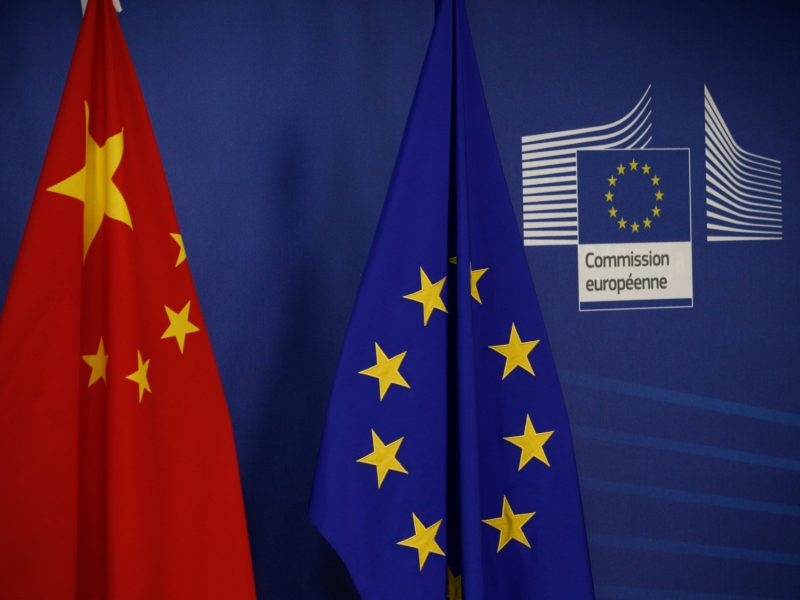 Do you consider that the main flaws of the initiative, including the lack of transparency and the financial sustainability of the projects, were addressed by the promises made by Chinese president Xi Jinping?

Transparency is the best solution for all kinds of business. This is clear. But, frankly speaking, we are dealing with the transportation systems. And here the main problem is on the EU side, not in China. We have several member states with its own rules, more or less transparent. We have to start arranging the situation inside the EU in that sense.

But what about the Chinese side? Have the concerns been addressed?

I insist: I am talking from logistics point of view, not from a global business point of view. If that was the case, it could be that due to the lack of transparency, there are difficulties to build win-win situations.

Following the last EU-China summit, both sides agreed on assessing the feasibility of new Eurasian railway corridors. Do you consider realistic that new projects under the EU-China umbrella cooperation will see the light of day, considering the increasingly assertive position of both sides?

Our position is that more than new corridors, we need to enhance the existing corridors. We have to invest where the business is. In the existing ones, we need some bypasses in the huge urban areas, or we need perhaps a backup line in some section. Building new lines where there is no business is a waste of money. We have to invest in the most crowded corridors where the business is and then try to better balance the multimodal transportation system. If the energy consumption is six times more by road than by rail, then we think that in this huge corridors, where most of the traffic is in the motorways, and also in the railways, we have to try to look how we can transfer from one mode to another. Some new corridors could be used perhaps as backup lines, but it is a very huge investment for a backup plan.

You engage with numerous Chinese stakeholders. Given that the EU now considers China as a ‘systemic rival’, are you concerned about the potential impact in your business?

If there is some protectionism inside China, of course, we have to look how to convince the Chinese authorities to avoid such kind of laws. This is clear. But firstly, what we have to do is to be more competitive inside the EU. What we can do to ensure that our industry, our trade, our transportation system, are more efficient. For any kind of product produced in the EU, the logistic costs as an average 23%. We can act to try to reduce such costs and be more competitive. We  also have to keep in mind that China is becoming a richer country quite fast. There are a lot of Chinese people interested in the European products. Therefore, the flow of transportation of goods between EU and China will become more balanced in the coming years.

One of your priorities is to push for high capacity intelligent trains and terminals. Chinese trainmakers, including CRRC, are leading players in the world. Do you think that European companies will benefit from this cooperation or there is a risk of stealing of know-how and technology, as European firms and authorities had already complained in the past about Chinese companies?

The only initiatives that truly move forward are win-win projects. In our association we have Chinese members that have premises in Europe, and viceversa. The experiences are very good. Of course, you need to look which is the niche market in which you are competitive, and try to develop these needs in the market. Frankly speaking, there are a lot of of win-win experiences between China and Europe at company level. Another issue is at political level.

The French and German governments defended the Alstom-Siemens merger as an operation to better face the competition of China’s CRRC. But the European Commission blocked the operation. Was it the right decision?

I disagreed with the Commission. The Alstom-Siemens will like to merge, we will get a very strong railway manufacturing company. The stronger we are  the better, because we are in a global world. We are not competing only inside the EU. We are competing with US, China, Russia…

And are you concerned about the potential entrance of Chinese railway giant CRRC in Europe?

No, I am not concerned about this.

To conclude, China has a very ambitious plan to turn the country into a tech-superpower (China 2025). Digitalisation, data sharing, blockchain, 5G and smart cities will also play a key role in improving the railway transport and the multimodal logistics global chain. How the EU could benefit from this Chinese push?

Digitalization and data sharing are key. The problem is that some companies are still reluctant to share information. And it’s a pity. We don’t need to know which kind of goods are being transporting, but where the containers are and the destinations. With information it is easier to manage the flows. For example, we could address the situation in which trains return without any load. In this context, for me 5G (the next generation of telecommunication networks) is very important, because we will reduce the response time drastically, we will save energy and we will have more capacity. Our challenge is that we have plenty of information and that could lead to blockage situation. With 5G this will be solved, and we will have practically instantaneous answers on every issue and no restrictions to big data. The EU has to make a huge effort in order not to be overpassed by China or the United States.