This article is part of our special report ‘Belt and Road’: Linking up Europe and Asia.

“The idea is to build a global partnership on connectivity,” building on “the synergies” between the ‘Belt and Road Initiative’ (BRI) and other infrastructure projects, Ming told the European Business Summit in Brussels.

In comments aimed at soothing Europeans fears about China’s gigantic infrastructure project, the Chinese ambassador promised an initiative that is more open, greener, and with higher overall standards.

And China wants the EU to join the club. “We would welcome more EU countries getting involved in the belt and road cooperation, no matter if individually or as a block,” the Chinese ambassador said.

Some EU member states including Hungary, Poland, Bulgaria, Greece, Portugal and Italy have joined the initiative. While EU countries are free to act as they wish, the bloc as such has refused to join China’s flagship project, launched five years ago.

“While we have disagreements on some issues, the EU and China have common challenges to tackle and a wider range of opportunities to explore,” Zhang Ming said, quoting Maroš Šefčovič, the vice-president of the European Commission in charge of the Energy Union, who represented the EU in the last BRI summit.

Ming spoke about the need to strengthen cooperation on connectivity, in spite of the concerns of some member states. “The question is not yes or no, but how,” he stressed, adding “it is time to get things done.” 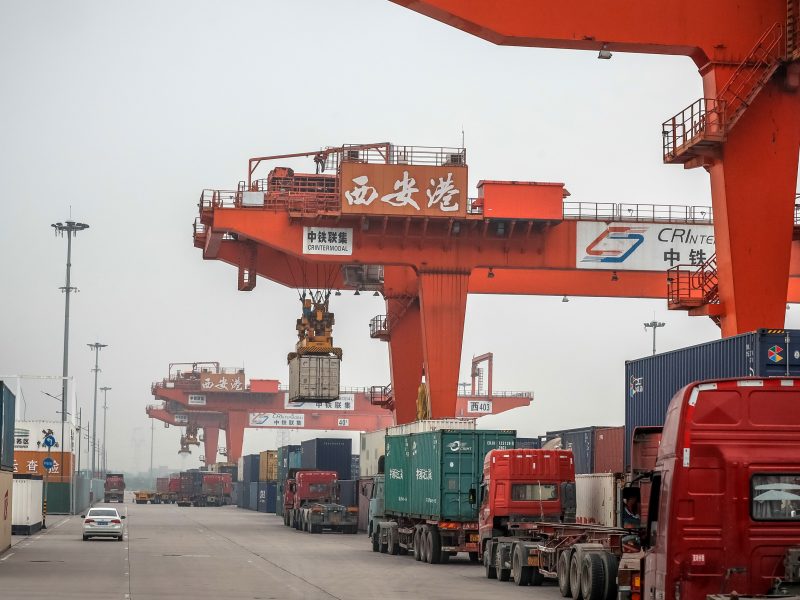 Without explicitly referring to the United States, Chinese officials also positioned the BRI as a way of supporting multilateralism and fighting protectionism.

“As we are dealing with the challenges of unilateralism and protectionism, the ‘Belt and Road’ initiative provides a good space for exchange,” said Zhai Dongsheng, Head of the Belt and Road Construction Promotion Center.

“With a shared commitment to multilateralism, EU and China need to strengthen cooperation on global governance. China and the EU must jointly reject unilateralism and protectionism and preserve the WTO,” Chinese ambassador Zhang Ming told the audience.

Ming argued for more cooperation in science and innovation, the circular economy, e-commerce, and  also on rules and standards.

“The EU is a front runner in regulation and there are many useful things China could learn from EU friends,” Ming said. “Together we will be both better off and make of the world a better place.”

“We need to see it to believe it,” said Luisa Santos, BusinessEurope director for International Relations,  referring to the rule of Saint Thomas.

China is not anymore an emerging power but an economic leader, Santos insisted. And “with leadership comes responsibility,” she added.

“We don’t understand yet the objective,” Santos said. “Foster trade? Developing regions? It is not clear from the EU perspective…,” she explained. And while a few European companies have decided to engage in BRI projects, there is no common approach, she stressed.

Santos demanded more transparency and openness to the Chinese authorities before  European businesses move forward. “We don’t want this to be the benefit of the few but of the many, not only Europeans,” she said, expressing particular concerns about access to  China’s public procurement markets.

“It is critical that we understand the conditions for public procurement and public contracts, that rules apply the same way to everyone,” Santos said. “We are seeing a more rebalanced relationship” between EU and China, she explained, “but we do need some corrections.”

Businesses in Europe demand more openness, transparency and legal certainty. “We are counting on China to deliver,” Santos insisted.